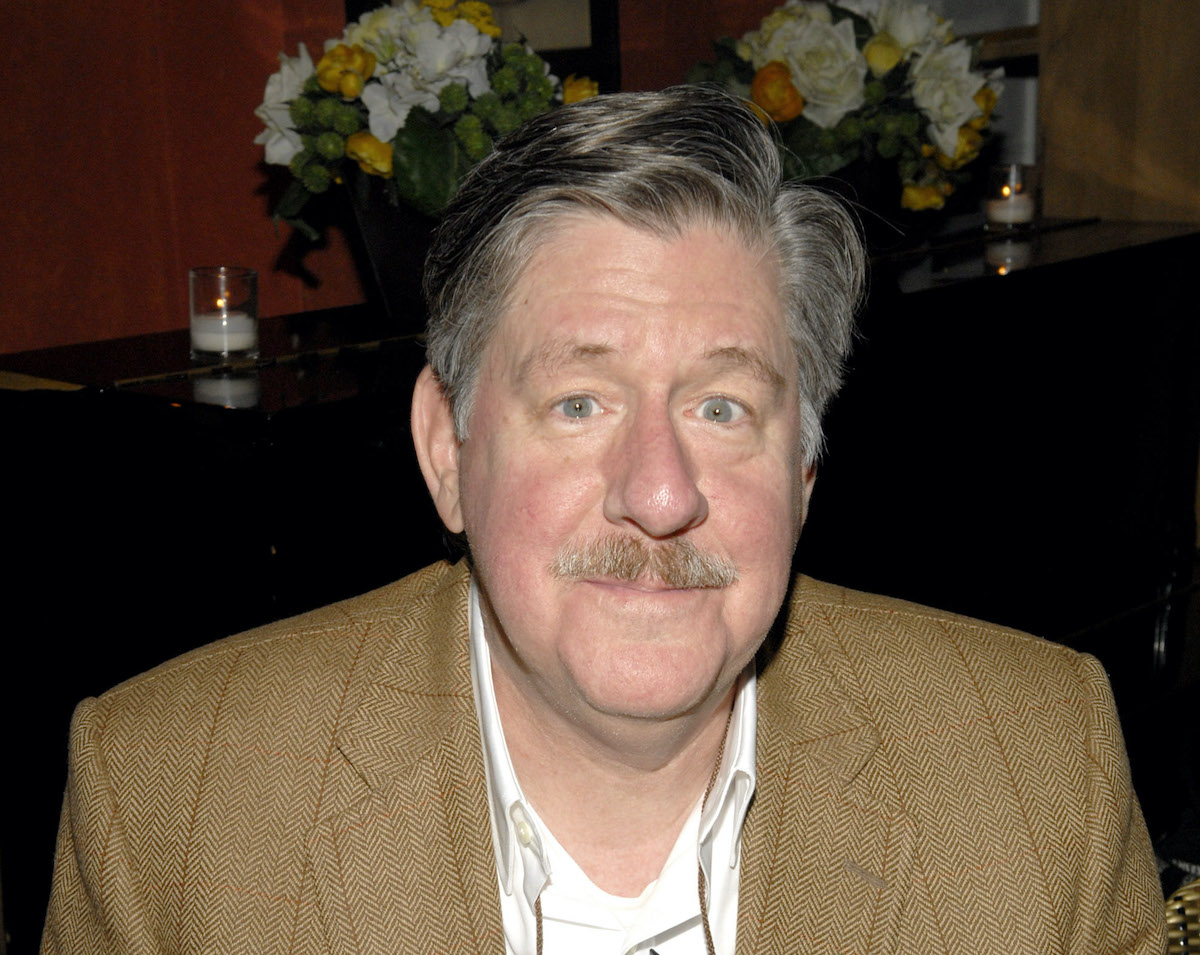 Richard and Emily Gilmore were never fans of their daughter’s choices, including choosing to live in the small town of Stars Hollow. However, Edward Herrmann, who played Richard Gilmore in the Gilmore Girls series, actually lived in a real-life Stars Hollow-like town in Connecticut.

Read on to learn more about Edward Herrman’s town and his lasting impact on Gilmore Girls.

Richard Gilmore was the family patriarch

In October 2000, Edward Herrmann began starring in Amy Sherman-Palladino’s hit comedy-drama Gilmore Girls. Herrmann portrayed the role of Richard Gilmore, the patriarch of the Gilmore family. Richard, an intellectual businessman, residing in Hartford, Connecticut, and his wife Emily had only one child, a rebellious daughter named Lorelai.

At just 16 years old, Lorelai became pregnant with her daughter, who she named Lorelai “Rory” Gilmore. Fans of Gilmore Girls will remember that the storyline of the show picks up when Lorelai is 32-years-old and her daughter Rory is 16 years old. The duo is living in the small quirky Connecticut town of Stars Hollow.

Essentially, Lorelai has been estranged from Richard and Emily since giving birth to her daughter. However, when Rory gains the opportunity to attend the prestigious Chilton Preparatory School, Lorelai must swallow her pride and ask her parents to help pay for Rory’s education.

Of course, Richard and Emily agree to help Rory attend Chilton. However, their money does not come without a few stipulations. While Lorelai and Rory continue to reside in Stars Hollow, they must agree to attend Friday night dinners at the Gilmore mansion throughout the duration of Rory’s schooling.

While quite controlling, Richard and Emily’s primary goal is to maintain a connection with their daughter Lorelai and to get to know their granddaughter, which they are able to do throughout the seven seasons of the show.

Edward Herrmann lived in a town just like Stars Hollow

While Richard and Emily seem to look down at the little town of Stars Hollow throughout the series, Edward Herrmann actually felt quite at home while filming scenes there, as he resided in a Connecticut town quite similar to Stars Hollow.

During a DVD feature interview, Herrmann said, “At present, I live in a little town in Connecticut that is probably as close to Stars Hollow as possible to be.” According to the Hartford Courant, Herrmann had a home near the small town of Sharon, Connecticut. In 2020, the population of Sharon was reported to be around 2,680.

However, Herrmann grew up in a fashion similar to that of the character he played on Gilmore Girls. During his interview, Herrmann went on to say, “I grew up in a posh community called Grosse Pointe Farms outside of Detroit, but I was born in D.C. According to IMDb, Herrmann moved to Pennsylvania after graduating high school, attended Bucknell University, and graduated from the university in 1965.

The life and legacy of Edward Herrmann

While Herrmann is probably best known for his role as Richard Gilmore in Gilmore Girls, he achieved a long list of acting credits before this role. According to IMDb, Herrmann began his acting career in the 1970s. One of his first major roles was in Beacon Hill as Richard Palmer.

Herrmann was also known for portraying President Franklin D. Roosevelt in the TV movie Eleanor and Franklin: The White House Years and the mini-series Eleanor and Franklin. In addition, Herrmann did many narrations and voiceovers for the History Channel throughout his career. In 2016, Netflix released Gilmore Girls: A Year in the Life which was a four-part mini-series revisiting the lives of Lorelai, Rory, and the rest of the cast of characters.

Sadly, Herrmann died on December 31, 2014, after a battle with brain cancer. Herrmann’s presence in the mini-series was definitely felt, but the cast and crew found ways to honor Hermann throughout the filming. While Lorelai, Rory, and Emily are seen struggling to cope with Richard’s death, old clips of Richard with the girls are shown in the mini-series as a way to honor Herrmann’s role on Gilmore Girls.

How much does Kim Kardashian make in a year? Internet slams billionaire over $200K...