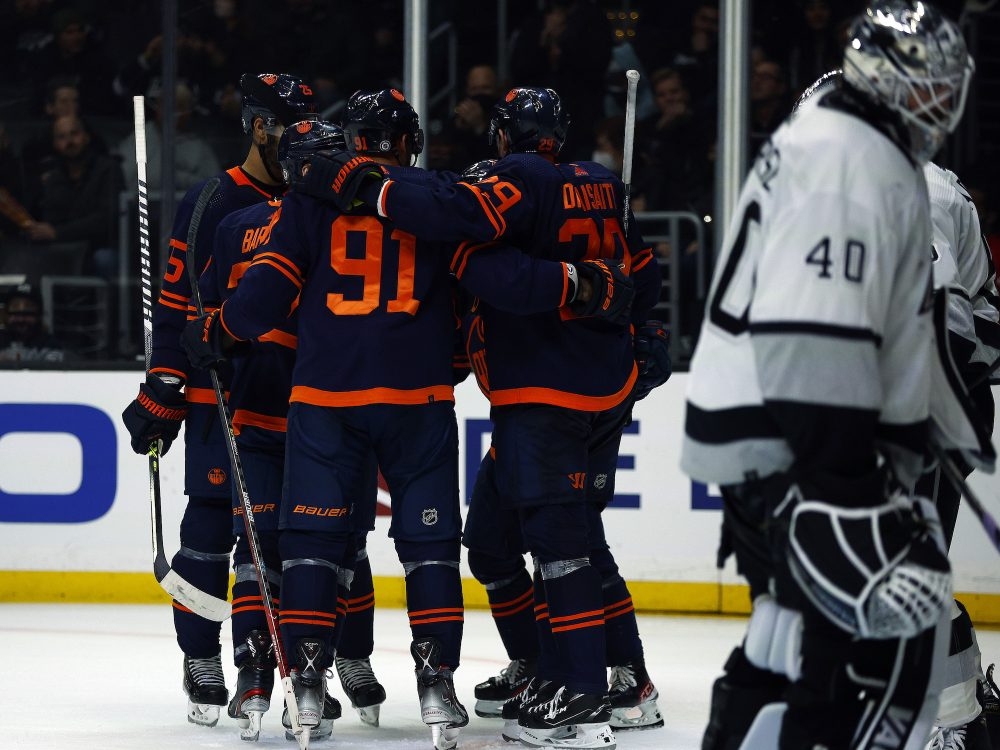 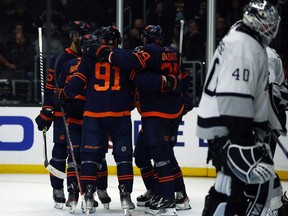 That might not sound like much when the sample size is three games and the new coach hasn’t even had time to unpack his luggage, but at least the Edmonton Oilers are responding.

Fears that replacing Dave Tippett with Bakersfield Condos coach Jay Woodcroft wouldn’t be enough to move the needle have been allayed – he has their attention.

The Oilers are 3-0 and have outscored their opposition 11-3 in the three games since Woodcroft took over. They’re playing harder and with more intensity, making life easier on their goaltenders and appear to be trending toward a playoff spot.

“I’m very impressed with the level of professionalism,” said Woodcroft, after a sweep of back-to-back games in San Jose and Los Angeles.

“We’ve asked everybody to up their work rate, we’re asking the team to play a certain style, a demanding style, and we’re very happy the team is seeing results.”

The defensive side of their game, which has long been the reason Edmonton can’t get to the next level, has been at the cornerstone of things. They won 3-1, 3-0 and were up 3-2 late in the third before a couple of empty netters in Los Angeles. It’s the stingiest three-game stretch they’ve had all season.

That they’re winning while the power play (clicking at 11 per cent over the last 10 games) tries to sort things out tells you their five-on-five game is working, too.

“That’s how we’re going to have to win games in the second half of the season,” said Ryan Nugent-Hopkins, who is breathing life into Edmonton’s long sought third line. “It’s going to be tight-checking. Nothing is going to be free.”

While everything looks sunny in the here and now, it’s also important to remember that a spike like this happened the last time Edmonton fired a coach in mid season.

After getting off to a quick start (8-4-1) in 2018, the Oilers went into a 1-6 dive that got Todd McLellan canned in November. They turned things around on a dime for Ken Hitchcock, posting a 9-2-2 record in their next 13 games. Then, like now, they played harder, faster and tighter.

It didn’t last, however. They eventually settled back into their old ways, going 6-17-3 over the next two months and slipped out of the playoff race for good.

Who knows if the same thing will happen again but, after a 3-0 start under Woodcroft, the mood is good and optimism is high.

“He’s really positive and detailed and those are things that have been helping us a lot so far,” said winger Warren Foegele. “It makes a huge difference out there when everyone knows what we’re doing.”

That quote raised some eyebrows, of course. It suggests the Oilers were lost under Tippett and only now see the path to winning games.

Usually, though, the first few games after a coaching change is more about players ramping up their intensity and focus – winning battles, being harder on the forecheck and in front of their own net — than any fundamental system change.

Maybe this is a little of both. Can they keep this hunger and pace up all year? We’ll find out if and when the adrenaline and guilt wear off.

“The details in the game matter so much and that comes down to the players being willing to do what it takes to play a whole 60, to block shots and win battles. Woody has upped the detail level with our players, but the players have bought in and decided that it’s now or never.”

True that. At some point the Oilers have to realize they can’t keep going on in the same vicious cycle of loose hockey and coaching changes that’s kept them down for most of 14 years.

MIXING IN A SAVE

Any success the Oilers find will be greatly influenced by goaltending, which they’ve been getting lately.

Smith is back and returning to form, Mikko Koskinen battled back incredibly after being swarmed by the Edmonton fans and Stuart Skinner just posted his first NHL shutout.

But it’s a chicken and egg thing, too. It’s no accident that teams committed to the 200-foot game always seem to have really good goalies.

Playing harder and smarter in front of your crease and pushing harder on the forecheck so you spend more time on offence usually results in better goaltending.

“I think coming through the neutral zone, too,” said Nugent-Hopkins. “We’re doing a better job of having a forward come back and letting the D get a good gap and make a stand so nobody is getting free entries into our zone.

“We have to keep that going and be hard to play against in our own zone so there is nothing easy to the net, don’t let guys get in front of the goalies too easily. We’re definitely taking steps in the right direction, but we have to keep going.”

Sign up to receive daily headline news from the Edmonton SUN, a division of Postmedia Network Inc.

The next issue of Edmonton Sun Headline News will soon be in your inbox.