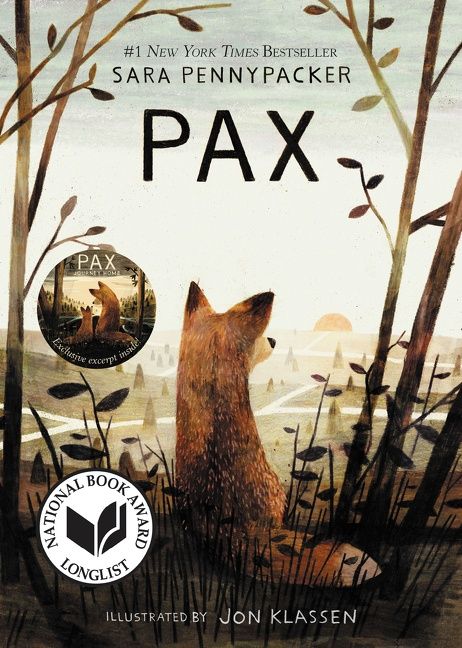 This month, we have a few suggestions for some of the categories on the Kids Summer Book Bingo list: Grace Lin: “Where the Mountain Meets the Moon,” “When the Sea Turned to Silver”

Age 10: “Willodeen” by Katherine Applegate; “Inside Out & Back Again” by Thanhhà Lai

“War That Saved My Life” by Kimberly Brubaker Bradley

“Where the Red Fern Grows” by Wilson Rawls. “The Forest Feast for Kids: Colorful Vegetarian Recipes That Are Simple to Make” by Erin Gleeson.

“Every Night Is Pizza Night” by J Kenji López-Alt.

For more ideas follow #BookBingoNW2022 on all social media!

Edmonds Bookshop Book Club.
Wednesday morning Aug. 17, 2022: 9-10 a.m. We are hybrid again in August! We are still doing Zoom meetings, but also welcoming back anyone who wants to join us in person. The August book is “The Doctors Blackwell: How Two Pioneering Sisters Brought Medicine to Women and Women to Medicine” by Janice P. Nimura.

Elizabeth Blackwell believed from an early age that she was destined for a mission beyond the scope of ordinary womanhood. Though the world at first recoiled at the notion of a woman studying medicine, her intelligence and intensity ultimately won her the acceptance of the male medical establishment. In 1849, she became the first woman in America to receive an M.D. She was soon joined in her iconic achievement by her younger sister, Emily, who was actually the more brilliant physician.

More information about the book and our book club is here.

Send us an email here to register your email for book club membership. We will send you an invitation with a Zoom Meeting link as each book club meeting is scheduled. Once you accept the invitation it will show up in your calendar. 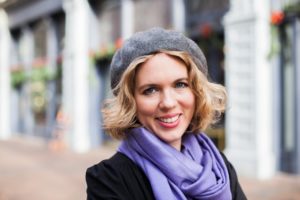 An uplifting novel about a heartbroken young pie maker who is granted a magical second chance to live the life she didn’t choose. . . . from the bestselling author of “The Enlightenment of Bees.”

So much more information about the event is here.

See also  Taking Fridays off this summer? So is everyone else

“Night of the Living Rez” by Morgan Talty. A riveting debut collection about what it means to be Penobscot in the twenty-first century. Chosen for IndieNext.

“Fellowship Point: A Novel” by Alice Elliott Dark. The masterful story of a lifelong friendship between two very different women. Chosen for IndieNext.

“Joan: A Novel of Joan of Arc” by Katherine J. Chen. “A secular reimagining and feminist celebration of the life of Joan of Arc that transforms the legendary saint into a flawed yet undeniable young woman.”–USA Today Crying in the Bathroom: A Memoir” by Erika L. Sánchez.  From the author of “I Am Not Your Perfect Mexican Daughter,” an utterly original memoir-in-essays that is as deeply moving as it is hilarious.

“Upgrade: A Novel” by Blake Crouch. “Walks the fine line between page-turning thriller and smart sci-fi. Another killer read from Blake.”–Andy Weir  Chosen for IndieNext.

“Normal Family: On Truth, Love, and How I Met My 35 Siblings” by Chrysta Bilton. Bringing us into the fold of a deeply dysfunctional yet fiercely loving clan that is anything but “normal,” this emotional roller coaster of a memoir will make you cry, laugh, and rethink the meaning of family.

“A Prayer for the Crown-Shy: A Monk and Robot Book” by Becky Chambers. A gentle, post-industrial, gender-inclusive tale for our nebulous era.  Chosen for IndieBound.

“The It Girl” by Ruth Ware. An unputdownable mystery following a woman on the search for answers a decade after her friend’s murder. Chosen for IndieBound.  Staff recommended author! 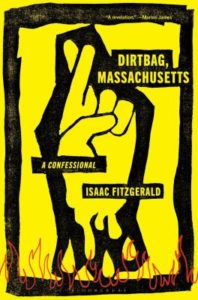 “Dirtbag, Massachusetts: A Confessional” by Isaac Fitzgerald. His new memoir explores trauma and violence along with self-forgiveness and grace. Oh, and smuggling medical supplies into Burma.

“The Daughter of Doctor Moreau” by Silvia Moreno-Garcia. H.G. Wells’ 1896 classic, “The Island of Doctor Moreau,” gets a wicked reimagining. In 19th-century Mexico, Carlota Moreau lives on a remote estate with her mad scientist father and his menagerie of human/animal hybrids.

“Portrait of an Unknown Woman: Gabriel Allon #22” by Daniel Silva. A gripping story of deception in the world of international fine art.

“Intimacies” by Katie Kitamura. In paperback.  Chosen for IndieBound. July 19, 2022

“After Hours on Milagro Street” by Angelina M Lopez.

“The Last to Vanish” by Megan Miranda. A gripping and propulsive thriller that opens with the disappearance of a journalist who is investigating a string of vanishings in the resort town of Cutter’s Pass.

“Booked on a Feeling” by Jayci Lee. This new romcom features an overachieving lawyer. A failing bookstore. A childhood friend. And the chance of a lifetime… In paperback.

“Putin” by Philip Short. The first comprehensive, fully up-to-date biography of Vladimir Putin, woven into the tumultuous saga of Russia over the last sixty years.

Some books of note being released in August: “The Many Daughters of Afong Moy” by Jamie Ford “…simply transcendent. The first Chinese woman to set her lotus-bound feet in America is destined to set off a ripple through time and space, as her descendants struggle with her legacy of loss and loneliness. Themes of karma, courage, love, and motherhood weave timelessly through eight generations of women seeking to find balance in an increasingly tempest-racked world. Jamie Ford has outdone himself!” –KATE QUINN, New York Times bestselling author of The Rose Code. Coming August 2, 2022. Chosen for IndieBound.

“Mercury Pictures Presents” by Anthony Marra. The epic tale of a brilliant woman who must reinvent herself to survive, moving from Mussolini’s Italy to 1940s Los Angeles—a timeless story of love, deceit, and sacrifice. Chosen for IndieBound. August 2, 2022.

“The Last White Man” by Mohsin Hamid. A story of love, loss, and rediscovery in a time of unsettling change. Chosen for IndieBound. August 2, 2022.

“The Lost Kings” by Tyrell Johnson. When Jeanie is twelve years old, she is woken up by her father who is covered in blood. The next day, both he and her twin brother Jamie have disappeared without a trace. Twenty years later, Jeanie drowns out her emotions with booze and destructive behavior. But when she gets a lead on where her father is, she must confront the past to uncover the truth. August 2, 2022. 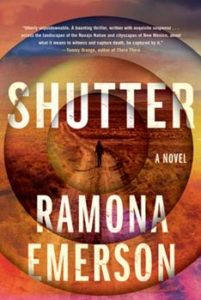 “Chouette” by Claire Oshetsky. Chosen for IndieBound. In paperback. August 2, 2022.

“Bookish People” by Susan Coll. A perfect storm of comedic proportions erupts in a DC bookstore over the course of one soggy summer week, punctuated by political turmoil, a celestial event, and a perpetually broken vacuum cleaner. Chosen for IndieBound. In paperback. August 2, 2022.

“The Wild Hunt” by Emma Seckel. A transporting, otherworldly debut of a young woman’s fated return to a wind-battered island off the coast of Scotland, and the dark forces—old and new—that she finds there. Chosen for IndieBound.  In paperback. Staff recommended. August 2, 2022.

“The Rabbit Hutch” by Tess Gunty. A gorgeous and provocative tale of loneliness and community, entrapment and freedom. It announces a major new voice in American fiction, one bristling with intelligence and vulnerability. Chosen for IndieBound. August 2, 2022. 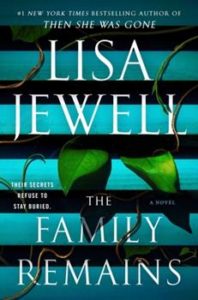 “A Map for the Missing” by Belinda Huijuan Tang. An epic, mesmerizing debut novel set against a rapidly changing post–Cultural Revolution China, A Map for the Missing reckons with the costs of pursuing one’s dreams and the lives we leave behind. Chosen for IndieBound. August 9, 2022.

“Raising Lazarus: Hope, Justice, and the Future of America’s Overdose Crisis” by Beth Macy. In her gripping, necessary, and deeply humane follow-up to the New York Times bestseller “Dopesick,” journalist Beth Macy brings us to the next frontier of the opioid crisis, telling the story of the everyday heroes fighting to stem the tide of drug overdose in communities that are too often left to fend for themselves, and of the activists and relatives of the dead who are still struggling for accountability in America’s courts. August 16, 2022.

“How to Avoid a Climate Disaster: The Solutions We Have and the Breakthroughs We Need” by Bill Gates. Paperback. August 23, 2022.

“Haven” by Emma Donoghue. Three men vow to leave the world behind them. They set out in a small boat for an island their leader has seen in a dream, with only faith to guide them. What they find is the extraordinary island now known as Skellig Michael. August 23, 2022.

“Babel, or The Necessity of Violence” by R.F. Kuang. In 1828, young Robin Swift—a Chinese boy raised in Britain—is recruited to study at Oxford, where he learns of England’s nefarious means of cultural hegemony via magic. Refusing to betray his motherland, Robin joins a new kind of student revolution. August 23, 2022.

“Love on the Brain” by Ali Hazelwood. Scientists need love, too. That’s the governing principle in this new “STEMinist rom-com.” August 23, 2022. 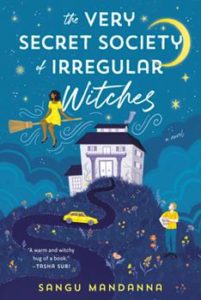 “The Very Secret Society of Irregular Witches” by Sangu Mandanna.  A warm and uplifting novel about an isolated witch whose opportunity to embrace a quirky new family–and a new love–changes the course of her life. In paperback.  August 23, 2022.

“Carrie Soto Is Back: A Novel” by Taylor Jenkins Reid. Chronicles the return of an elite tennis champion who comes back to the game six years after her retirement. At age 37, Carrie Soto is determined to cement her legacy as the greatest tennis player ever. In her way: a fierce younger rival, Carrie’s own aging body, and a troubled relationship with her father/coach. August 30, 2022.

“Daisy Darker” by Alice Feeney. A familial riff on Agatha Christie’s And Then There Were None, this new mystery also features a gathering of people who find themselves getting knocked off by a sinister killer, one by one. Only this time around, it’s a family affair. Daisy Darker’s entire family has reunited in a ramshackle island manor for Nana’s 80th birthday. Nana is the first to go, and it gets worse from there. August 30, 2022.

“The Final Gambit” by Jennifer Lynn Barnes. In the third installment of The Inheritance Games series, we return to the labyrinthine Hawthorne House, where every room poses a new puzzle, riddle, or conundrum. Teenager Avery Grambs stands to inherit millions if she can figure it all out, but a new stranger has arrived at the manse and all the rules have changed. August 30, 2022.

The Washington Post recommends 12 noteworthy books to read in July and August. On the blog here.

13 feel-good books for summer reading recommended by The Washington Post.

You may pre-order any forthcoming title by visiting our website. Edmonds native Elaine Mattson has worked at The Edmonds Bookshop off and on since she was 12 years old, and has also worked at a book wholesaler, a book publisher, and for the book publishing division of a large local software company (yes, that one). “I was raised a book lover [thanks, Mom!],” Mattson says. “We got book lights by our beds as soon as we were old enough to read. And then I probably got in trouble for reading too late the very next night. And I still read too late!

Every NBA’s Team Most Important 2023 Free Agent: Kyrie Irving Will Be Finally Free,...

Ruben Randall - November 19, 2022 0
Money
For someone who's just under 30 years old, Miley Cyrus' professional achievements make for an impressive list, from childhood stardom on Hannah Montana, to...

Blake Lively and Her Sister Robyn Lively Just Made a Super...