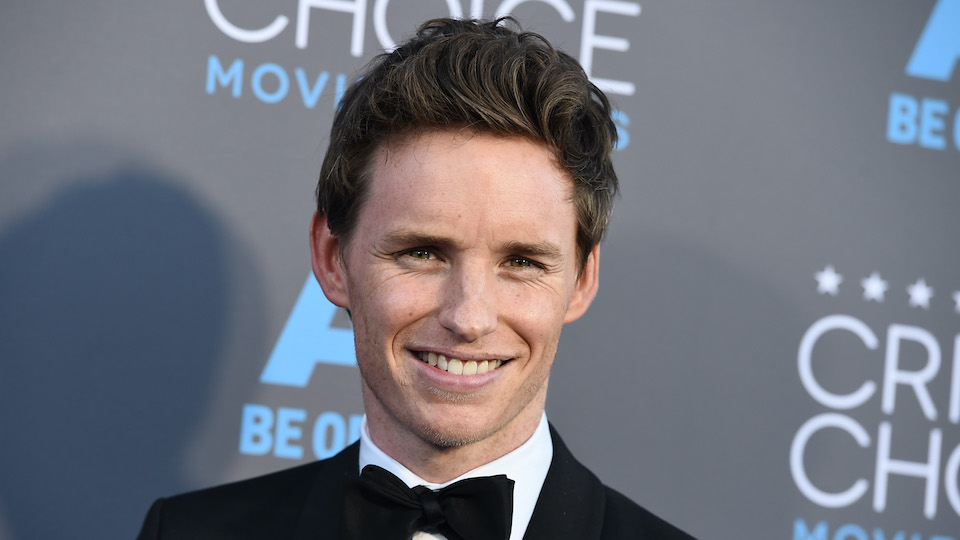 Whether you’re a fan of his work in the Wizarding World or still can’t stop thinking about his performance in The Theory of Everything, one look at Eddie Redmayne’s net worth makes it clear that his acting chops are far from the only thing going for him.

Redmayne—who was born Edward John David Redmayne on January 6, 1982—was raised by English parents in the Westminster district of London in the United Kingdom. His father, Mark, is a businessman who works in corporate finance, whereas his mother, Patricia, operates a relocation business. Redmayne was the middle child; he has an older brother, a younger brother, along with half-siblings on his father’s side. His half-brother, Charlie, is the CEO of publishing company HarperCollins’ UK unit. He also has a half-sister.

From an early age, Redmayne began to develop his love for acting and singing. He attended Jackie Palmer Stage School beginning at the age of 10, where practiced his craft alongside the likes of comedian James Corden. He went on to attend Eaton House, Colet Court and Eton College, before eventually enrolling at Trinity College in Cambridge, where he studied art history. But apart from his studies, Redmayne was actively pursuing a career as an actor. He got his professional acting start on stage, appearing in a number of West End theatre productions. It wasn’t until 1998, however, that Redmayne made his on screen debut, starring in an episode of the children’s TV show, Animal Ark. He continued to land screen roles throughout the early aughts, including his first film appearances in movies like 2006’s Like Minds and The Good Shepherd, along with 2007’s Elizabeth: The Golden Age.

Around the same time, Redmayne was racking up a number of stage credits in productions like Shakespeare’s Twelfth Night in 2002. He began making a name for himself on stage in 2004, when he starred in Edward Albee’s The Goat…or Who Is Sylvia, for which he won the Evening Standard Award for Outstanding Newcomer. His theatrical career continued into the late 2000s with Red, which he starred in from 2009 to 2010, and Richard II, which ran from 2011 to 2012. Redmayne ended up winning the Tony Award for Best Featured Actor in a Play and the Laurence Olivier Award for Best Actor in a Supporting Role for his part in the play. He won the Laurence Olivier Award for Best Actor in a Musical for a second time in 2022 following his role in the 2021 to 2022 production of Cabaret.

As far as his film career is concerned, Redmayne first began to gain recognition for his performance in 2011’s My Week With Marilyn. His breakthrough came in 2012, when he played French revolutionary Marius Pontmercy in the film adaptation of Les Misérables, which starred Anne Hathaway, among others. He continued to land major roles in the years following this success, including his notable performance of physicist Stephen Hawking in 2014’s The Theory of Everything. Redmayne ended up taking home a number of awards for his performance, including a BAFTA, Golden Globe, Screen Actors Guild Award and the Oscar for Best Actor.

Hot off the success of The Theory of Everything, Redmayne had two new movies lined up for him in 2015. These included Jupiter Ascending, where he starred in the role of Balem Abrasax, and The Danish Girl, in which he portrayed a transgender woman and pioneer, Lili Elbe. In a departure from his usual track record, the former film was critically panned, whereas the latter landed him hot water among LGBTQ fans. Members of the transgender community, in particular, questioned why Redmayne—a straight, cis-gendered white man—was chosen to portray Elbe instead of a real transgender actress. Backlash aside, Redmayne was nevertheless nominated for an Academy Award for his performance in the film.

Redmayne chose to learn from the experience. In an interview, the actor hinted at bouncing back from criticism, noting, “As an actor, there’s a lot of scrutinies and, even when you’ve had success, it becomes about sustaining that success. A friend of mine described it as a peakless mountain. Even for De Niro, there’s Pacino and for Pacino, there’s De Niro.”

With such an illustrious career under his belt, it’s no wonder that general fans and Potterheads alike are curious to know what Eddie Redmayne’s net worth looks like today. For everything we know about how much Redmayne makes—including any salary details from his role in the Fantastic Beasts franchise—just keep on reading below.

What is Eddie Redmayne’s net worth?