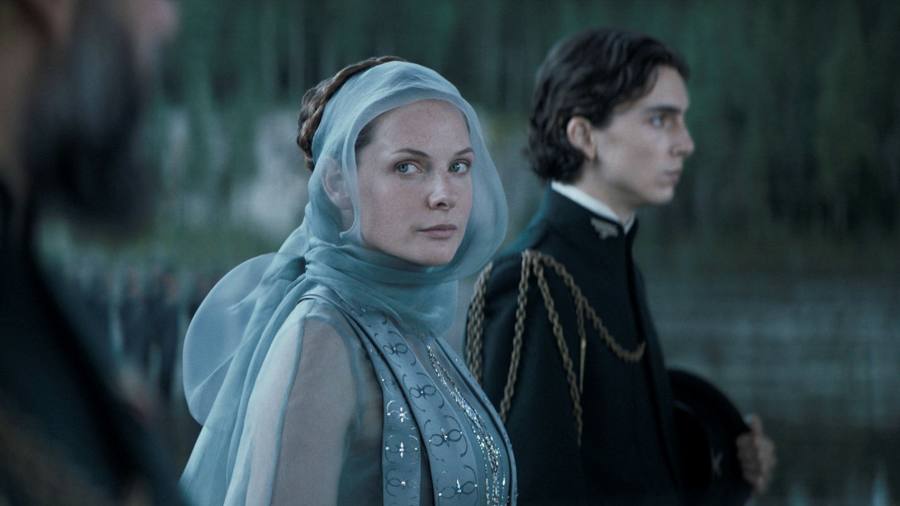 The scorching desert sun is nowhere to be seen. Rebecca Ferguson is curled up in an armchair clutching a mug on a chilly October afternoon in her south-west London home. Like everyone else involved in the movies — and the rest of the planet — we soon find ourselves discussing Bond. “Wow, good film. Amazing!” she enthuses before remembering the film she is actually on Zoom to promote and adding with a half-smile, “It’s no Dune, but you know . . .”

The sense of competition in the air is to be expected. If the box office is a boxing ring, Dune and No Time to Die are two heavyweights slugging it out for supremacy this autumn as studios and exhibitors attempt to hustle large audiences back into multiplexes.

Yet for all its gargantuan scale, interplanetary war and CGI pyrotechnics, Dune, an adaptation of Frank Herbert’s beloved 1965 sci-fi novel, is at its core a family story, centring on the royal House Atreides and the struggles of its young scion to live up to his inheritance. An early scene finds Ferguson’s character, Lady Jessica, attempting to prepare Paul (Timothée Chalamet) for the day’s duties over breakfast. We may not all be rulers of planets, but it’s a situation recognisable enough to help ground what will soon become a sprawling spectacle.

“Something that [director Denis Villeneuve] really embraced was the normality within the scope and scale of this film,” Ferguson says. “It’s not just space and battles of power, it’s about human connection and characters. We [needed] the normality of the breakfast scene, with the rebellious teenager and the annoyed mum who’s gone over something repeatedly.”

She slips into a less regal version of her character: “Stand straight, elbows off the fucking table, babes, we’ve done this so many times.” It’s hardly verbatim from the Dune script, but the dialogue seems to come to her easily. “Yeah, well, I have a 14-year-old,” she shrugs.

Rebecca Ferguson, Zendaya, Javier Bardem and Timothée Chalamet in their stillsuits in a scene from ‘Dune’ © Chia Bella James

Chalamet may be the star but Ferguson’s character is in many ways the story’s catalyst, her role amped up by Villeneuve — she has defied her mysterious religious order to bear a son and possesses supernatural powers that she attempts to impart to him. And, while other main players are killed off or become separated from the hero, it is Paul’s mother who remains by his side, battling on foot across the inhospitable desert planet of the title, evading enemies and giant sandworms. For Ferguson and Chalamet, this meant shooting under the Abu Dhabi sun in bulky space costumery.

“We had to adapt to mother nature,” the actress says. “We could only film for an hour and a half at dusk and dawn, and during the day we had to stay inside and not burn ourselves. It was a struggle running uphill in stillsuits but it was also so lovely doing it in the real environment — no bloody studio!”

Dune has been heralded as one of the potential saviours of cinemas — at least by those who still have a romantic attachment to the theatrical experience. Is she among them? “100 per cent,” she says. “I don’t for all films — some you can see at home — but I’m a lover of cinema and the collectiveness. Just walking in, the lights, the sound, the annoyance of people with their rustling bloody sweets.” Even that? “Yes, because it’s us together!”

When I ask if there was a childhood experience that planted the seed, she takes me back to the early 1990s. “I remember seeing The Lion King and being very affected when the father dies, and it was overwhelming sadness because I couldn’t get away. The same thing with Beauty and the Beast.” And here a twist: “I was in love with the monster and I hated when he turned into this bloody ugly man.” 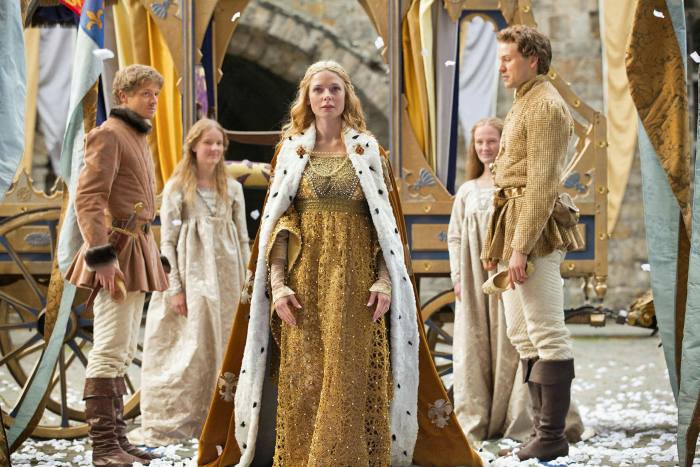 In some of Ferguson’s comments there is a refreshing frankness, uncommon among Hollywood stars and distinctly Scandinavian. Born in Stockholm to a Scottish-Irish mother and a Swedish father, the 37-year-old is variously described in the press as British and Swedish. She jokes that neither country wants to claim her but, in fact, the dual nationality suits her. “I think I like the idea of not belonging . . . not putting me in a little pocket. When I got The White Queen role I thought: really? I mean I’m not going to complain, but Queen of England? All right, I’ll do my best.”

And a good thing she did: it was that 2013 BBC costume drama that led to the Mission: Impossible role, a stratospheric leap worthy of her daredevil secret agent character, Ilsa Faust. The story goes it was Tom Cruise himself who spotted her and made the call.

I mean I’m not going to complain, but Queen of England? All right, I’ll do my best

However, there was nothing so quick and easy about the making of the seventh Mission: Impossible movie, which itself proved near impossible. Having been scheduled to start shooting in Italy in February 2020, just as Covid-19 took hold there, cameras eventually rolled in September 2020 before stopping again repeatedly. Now, more than 12 months later, M:I 7 is reportedly finally in the can, with work immediately commencing on M:I 8 (subtitle: Gluttons for Punishment?).

“My part on 7 is done,” Ferguson says with some glee. “I don’t know if Tom is still doing some scenes and going straight into 8. He’s in the editing suite with Eddie [Hamilton] and Chris [McQuarrie]. It’s his baby — he just doesn’t stop working.”

But even Cruise was forced to cool his boots last year as the production shut down and restarted, culminating in a furious and now famous rant at crew members for breaking Covid safety rules that spread almost as quickly as the virus. Ferguson’s frustrations may have been less explosive but she admits that the repeated interruptions took their toll. “Yeah, it was fucking tedious and long,” she says. “You get your mojo and you’re excited and then everything is closed down and then you have to prep again and get in shape again. But then you’re just grateful you have the job and sort of know what you’re doing — and you’re also in it with really good friends, so you’re sharing that feeling.”

M:I 7 is scheduled for release next September. It will be Ferguson’s third appearance in the role, but it was clear from the moment Faust first came on screen in 2015’s Rogue Nation that she was no second fiddle. The actress is quick to share credit, however. “I put life into her but that was McQ [writer/director McQuarrie] and Tom, every time we sat in conversations, the respect [they had] for her as a character.”

By contrast, their rival spy series has had to work hard to establish strong female protagonists. Are the producers of Bond still trying to catch up with Ilsa? 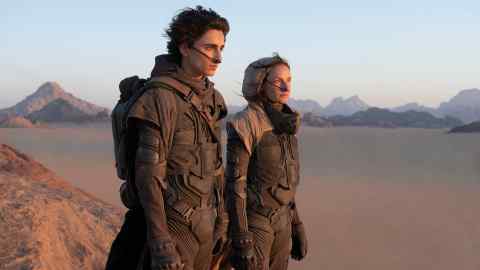 “I’m a fan of the Broccolis so . . . what can I say?” Ferguson pauses, clearly fighting her natural frankness with the need for diplomacy. “The female characters are written in a certain way that I guess lifts the franchise the way they want it to be lifted. I really enjoy Bond but there’s something there that I can’t put my finger on. So . . . I do think Ilsa is ahead of the game. Full stop. I do.”

Who is in ‘The Afterparty’? Cast Guide from Tiffany Haddish to Dave Franco