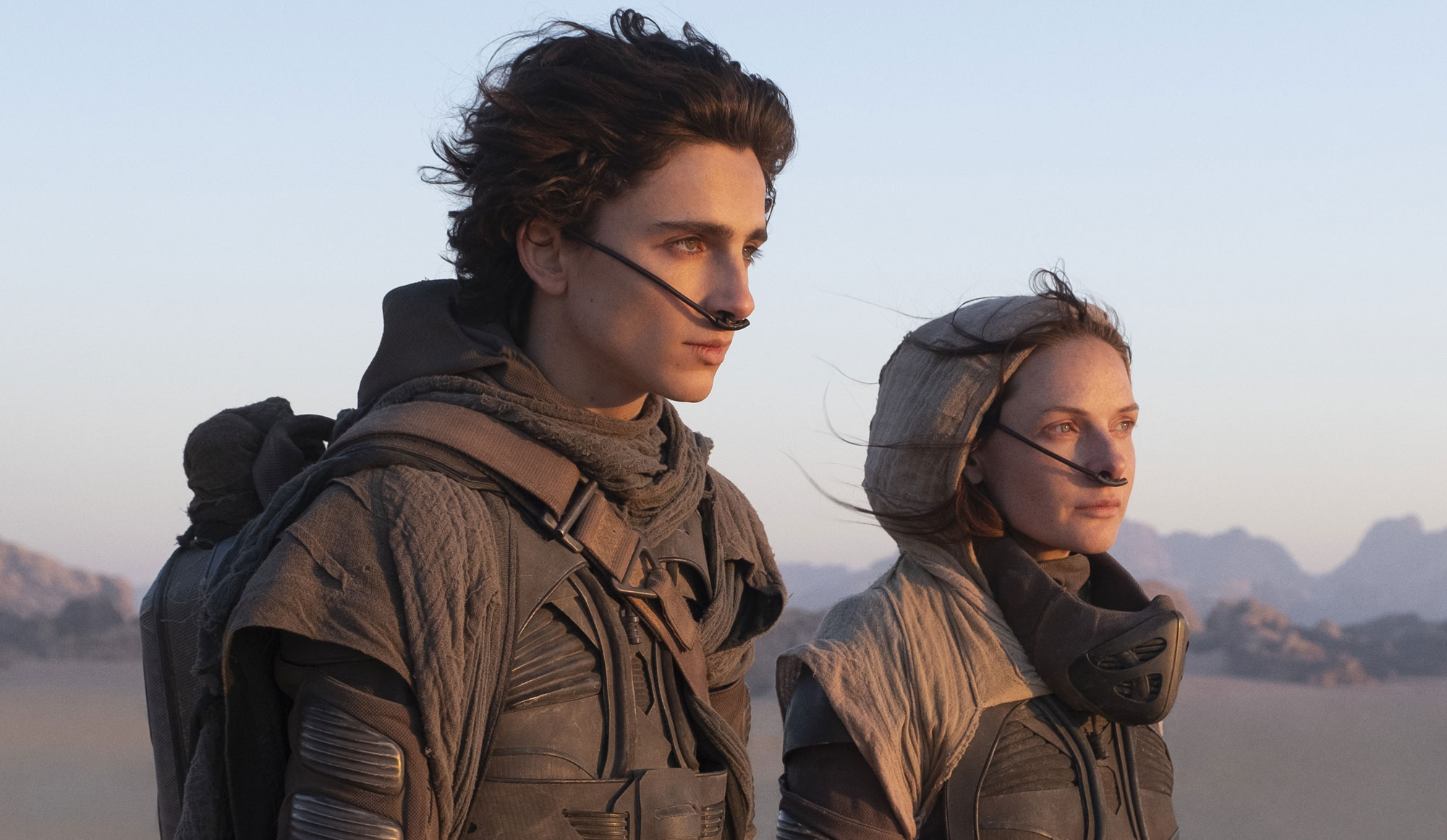 By all accounts, “Dune” is expected to be a major player at the 2022 Oscars. The consensus among Gold Derby experts is that the blockbuster adaptation of Frank Herbert’s novel should land nominations for Best Picture, Best Director for Denis Villeneuve, Best Cinematography for Greig Fraser, Best Costume Design for Jacqueline West, Best Editing for Joe Walker, Best Production Design for Patrice Vermette, Best Sound, and Best Visual Effects, and it will likely compete in Best Score for Hans Zimmer as well.

But despite the potential for nine or even 10 nominations (“Dune” is on the outside in the Best Adapted Screenplay category among experts), few if any awards prognosticators and pundits have seriously predicted acting nominations for the science-fiction epic despite its all-star ensemble.

So, can either Chalamet or Ferguson make a serious run at an Oscar nomination? For Chalamet, it seems unlikely despite a captivating performance. The former Best Actor nominee plays the potential chosen one, Paul Atreides, in “Dune,” and acquits himself exceedingly well amid the spectacle. But as with other actors who embark on the hero’s journey (think Elijah Wood in “The Lord of the Rings,” Daniel Radcliffe in the “Harry Potter” films, or even Mark Hamill in “Star Wars), Chalamet doesn’t necessarily have a flashy role and his showcase moments in the film are more subtle and internalized. He would be a longshot in a lesser year, and especially so in 2022 thanks to a stacked Best Actor race that includes Will Smith, Denzel Washington, Benedict Cumberbatch, Peter Dinklage, Andrew Garfield, Bradley Cooper, and Adam Driver, among numerous other contenders. (Chalamet could also split his own votes: “Dune” is one of three big contenders on his resume for this year, after “The French Dispatch” and “Don’t Look Up” — although those other films feature the actor in a supporting capacity.)

But perhaps Ferguson should be more seriously considered than she is at the moment — especially if “Dune” continues to track toward receiving the most nominations of any film at the 2022 Oscars. The actress has appeared in a steady flow of major studio movies over the last decade, but has arguably received her best reviews yet for “Dune.” The Cut called Ferguson “the real star” of “Dune” and said the finished product ends up being “Ferguson’s movie.” Ferguson, meanwhile, has done a number of interviews already — talking up the strength of Lady Jessica while making sure to separate the character from other “strong women” she has played in the past.

“I don’t know if I get cast and asked to do roles that we in society see as strong because of who I am,” Ferguson said in an interview with Indiewire. “I’m not shy, I speak my mind, I’m not worried for consequences. I have a lot of vulnerabilities, but I have a [certain] type of personality, which I believe people see and it gets brought in. But the issue for me is, then I feel typecast. … I worry that I’m not breaking out of it. So for me, I’m more interested in seeing the strengths of characters who are not on the tip of their toes, on the forefront, battling things. I also always want to analyze what ‘strength’ is; what is it to be a ‘strong character’?”

Like Best Actor, Best Supporting Actress is a packed race as well, with a number of contenders from presumed Best Picture nominees such as “Belfast” (Caitriona Balfe and Judi Dench), “The Power of the Dog” (Kirsten Dunst), and “King Richard” (Aunjanue Ellis) already showing great strength in the early Oscars 2022 predictions. But underestimating Ferguson — especially for a contender looking as strong as “Dune” — might be as risky as walking through the desert of Arrakis.