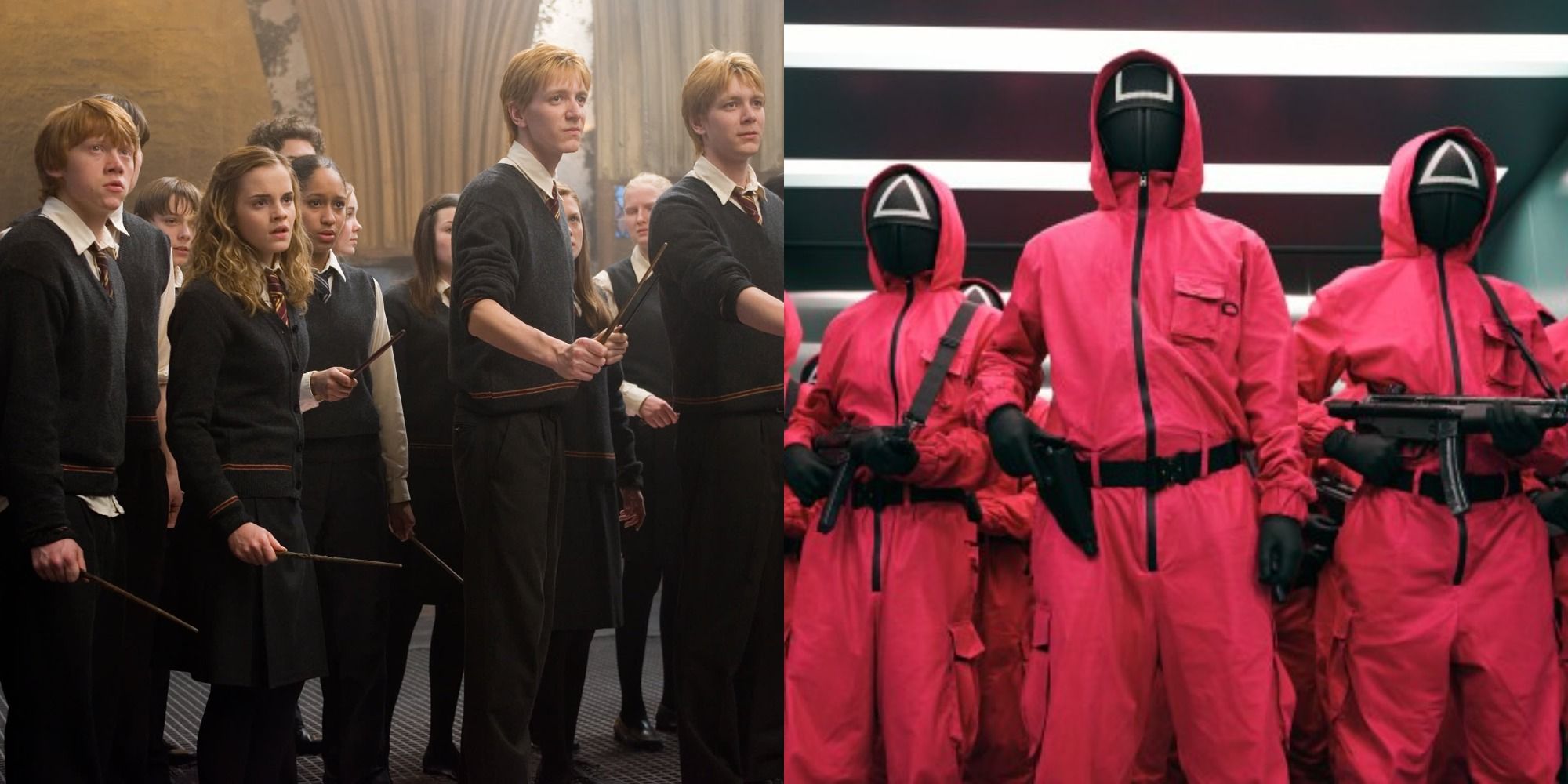 The members of Dumbledore’s Army in Harry Potter aren’t strangers to fighting for their lives. Because they were born into a literal war, and despite their young age, most of them took part in several deadly conflicts before the age of eighteen. Unlike other kids their age, the D.A. members would not feel out of place in Squid Game.

RELATED: Harry Potter’s The Order Of The Phoenix, Ranked Least To Most Likely To Win Squid Game

Should they ever find themselves competing in the nefarious event, which of them would come out on top? Would it be the Boy Who Lived, who always managed to find a way out of even the most dangerous of situations? Or would one of the underdogs claim victory, perhaps Ron or even Neville? Anything can happen inside the Squid Game.

Despite not being a prominent member of the story and lacking any proper character development, Hannah is a constant player in the Harry Potter franchise. As one of Harry Potter’s most notable members of Hufflepuff House, Hannah gets to participate in many of the series’ crucial moments, including the Battle of Hogwarts.

The books don’t provide much insight into Hannah’s talents as a witch. However, in the future, she trains as a healer and eventually applies for the position of Matron at Hogwarts. Hannah’s abilities would be better suited for a less deadly competition, and she would hardly make it past the “Red Light, Green Light” portion of the game.

The infamous Cho Chang is a divisive figure who doesn’t deserve the hate from Potter fans. Still, the book version of the character is much different than the movie’s, being a capable witch in her own right. As a Ravenclaw, Cho is clever and witty, qualities that served her right while being part of the D.A.

However, Cho’s talents would only take her so far, and while she was capable of holding her own in battle, she was far from the best witch in the D.A. If she made it past “Red Light, Green Light,” she’d excel at the honeycomb challenge, but the tug of war would be her doom.

Luna Lovegood is arguably the best Ravenclaw in Harry Potter. Her unique personality makes her one of the most refreshing characters in the series, and her arrival in the fifth book injects some much-needed energy into Harry’s mostly traditionalist group of friends.

Like other Ravenclaws, Luna is witty, wise, creative, and observant. She’d make it past “Red Light, Green Light” and would maybe be one of the first to complete the honeycomb challenge. Still, her unassuming persona would dislike the carnage, and she’d reach her limit during the tug of war.

The Patil twins have their most memorable moment during the Yule Ball in Goblet of Fire. Other than that, they don’t get much attention, although they did fight in and survive the Battle of Hogwarts, proving their talent as witches.

Parvati, a Gryffindor, and Padma, a Ravenclaw, would be a deadly combo during the competition. They’d compensate for each other’s weaknesses and bring out their strengths. For a while, they might cement themselves as early frontrunners. However, the marble game would be their undoing because they would choose death rather than turning on each other.

The Weasley twins could be cruel with their jokes in Harry Potter, but they are still some of the most entertaining characters in the entire franchise. Despite his carefree personality, George is a born entrepreneur and showman. However, Fred’s tragic death left a permanent scar in his psyche, and he never got over it.

George would make it past the initial games with little trouble. His experience fighting with the D.A. and the Order of the Phoenix made him resistant to violence, as awful as that sounds. He’d probably pair with either Ginny or Ron during the marble game, and he’d refuse to betray them, opting instead to kill himself.

Against all odds, Neville Longbottom became the hero that saved the day. He killed Nagini, Voldemort’s last Horcrux, allowing Harry to finish the deed and kill the villain. Neville spent most of the series giving subtle hints at his valor but having him wield the legendary Sword of Gryffindor was a highlight of the last book.

See also  First overall pick is great for Montreal, but it's a long, bumpy ride to the Stanley Cup

Out of the central trio, Ron usually comes off as the least impressive one. He lacks Hermione’s brilliance and Harry’s “special” factor; in fact, many fans believe Ron survived his deathly adventures in Harry Potter out of sheer luck. However, he is very clever in his own way, being a gifted chess player and a rather talented duelist.

Ron would probably make it to the glass bridge game. He’d surpass all the previous games with difficulty, but he’d still cement himself as a worthy player. The bridge’s explosion would leave him severely injured, and he’d probably succumb to his wounds before the final game.

In the novels and the movies, Harry depended on luck multiple times, more so than Ron. Indeed, he narrowly escaped death far too many times to count, whether by some convenient plot element or out of good fortune. Harry is still a gifted duelist and a clever wizard, but there’s no denying luck always seemed to be by his side.

RELATED: 10 Unpopular Opinions About Harry Potter (According To Reddit)

In the game, Harry would make it to the end through a mix of talent and circumstance. Like Ron, he’d be injured during the glass bridge explosion, and since he never paid attention in Charms or Potions class, he’d be unable to heal himself and die from his injuries.

If it weren’t for Hermione, Ginny Weasley would be the D.A.’s most impressive member. Ginny’s talents are such that she even impresses Slughorn enough to receive an invite into his exclusive club. Ginny is not only remarkable at casting hexes, but she’s also a skilled duelist and one of Hogwarts’ best Quidditch players.

Ginny would be one of two competitors to make it to the Squid Game. She’d be a worthy rival, doing everything in her power to win. In the end, though, she’d fall short and would die fighting, but she’d leave an impression, cementing her as one of the game’s best players ever.

Without a doubt, Hermione is the best character in the Harry Potter franchise. Brilliant, absurdly knowledgeable, and remarkably gifted, she is an impressive witch by any standards. Despite her reputation as a by-the-books witch, Hermione isn’t afraid to break the rules when necessary.

After surpassing every game with little to no difficulty, Hermione would face Ginny in the titular Squid Game. The battle would be fierce because both witches are very talented. However, if the Harry Potter franchise made anything clear, it’s that Hermione is the brightest witch of her generation. In other words, she’ll always come out on top in any game, be it Squid, Hunger, or Olympic.


Next
Which Eternals Character Are You, Based On Your Zodiac Sign?