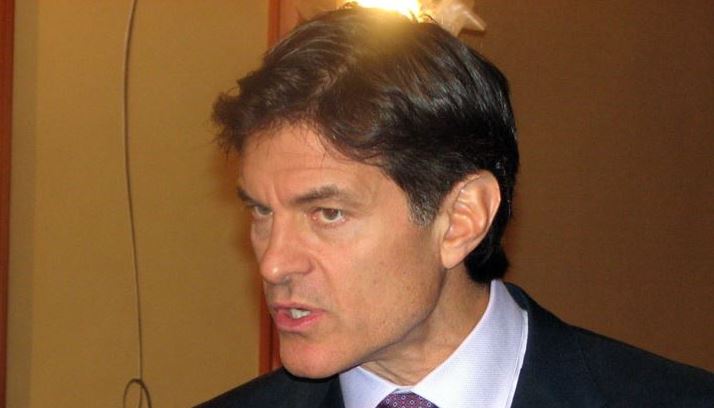 Most people live singular lives, albeit with at least a couple of unusual twists and turns. Mehmet Oz, on the other hand, seems to have been designed to live several different lives, with his latest incarnation being the most controversial by far.

He’s been an accomplished surgeon and a television personality, and he has a chance to make it to Congress as one of Pennsylvania’s two senators. In many ways those are three different lives, so let’s trace Oz’s timeline and see how all this happened.

Mehmet Oz’s parents grew up in Turkey and emigrated to America, and Mehmet was born in Cleveland, Ohio in 1960. His intellect and academic prowess became apparent early on when he earned a degree in biology from Harvard, then got both a medical degree and an MBA from Penn.

As a doctor, Oz’s accomplishments were formidable. When he was a surgeon, he helped develop a device called a MitraClip that simplified a serious heart surgery procedure, and he went on to co-found his own health care company together with Jeff Arnold, the founder of WebMD.

That combination landed him a steady gig with Oprah, and he appeared on “The Oprah Winfrey Show” for five seasons, after which he worked with her production company to found a show under his own name. He’s also written a number of bestsellers, all of which helped grow his brand.

It was during this period when controversy first came calling. Dr. Oz became known for promoting a variety of holistic products, and some of them didn’t stand up to scientific scrutiny.

As a result he began to acquire a reputation as a pitchman, and while Oz has defended that part of his reputation, he seemed more focused on his business success, which has helped him financially. As of 2022, Dr. Mehmet Oz has an estimated net worth of $100 million according to Wikipedia.

All of this would be more than enough for most people, but not Mehmet Oz. He began to expand into politics in the last few years, and many observers were shocked when he announced that he would be running for the Senate.

As if that wasn’t controversial enough, Oz hitched his political wagon to Donald Trump, relying on the former President’s endorsement to squeak out a narrow victory in the recent Republican primary.

Oz has also parroted Trump’s claims about the 2020 election being stolen, and his fans from back in the day are simply astounded that the liberal-leaning Oz would do such a profound 180.

They’re not the only ones who regard him with suspicion and disapproval. Oz’s MAGA supporters look back at his days with Oprah and his Muslim background and question his political bona fides, which makes his position even more puzzling and controversial. His show went off the air earlier this year, and he no longer sees patients so he’s definitely committed to this new path he’s carved out.

Thankfully, Oz’s personal life has been far quieter and normal by comparison. He married Lisa Lemole in 1985, and the couple raised three daughters and a son. The only one who’s in public life is his oldest daughter Daphne, who followed in dad’s footsteps as a TV host and author.

The couple currently owns two homes, one in Cliffside Park, NJ, and another in Florida, and their real estate holdings are believed to be worth over $20 million.

Whether they’ll be moving permanently to Pennsylvania and spending a lot of time in DC remains to be seen, but given Oz’s penchant for controversy to date, that part doesn’t seem likely to shift or change much.

Ruben Randall - July 12, 2022 0
Celebrity
I was fortunate to be asked by event directors Mike Kishimoto and Abbey Ehlers to be the announcer for the Strawberry Shortcut races,...