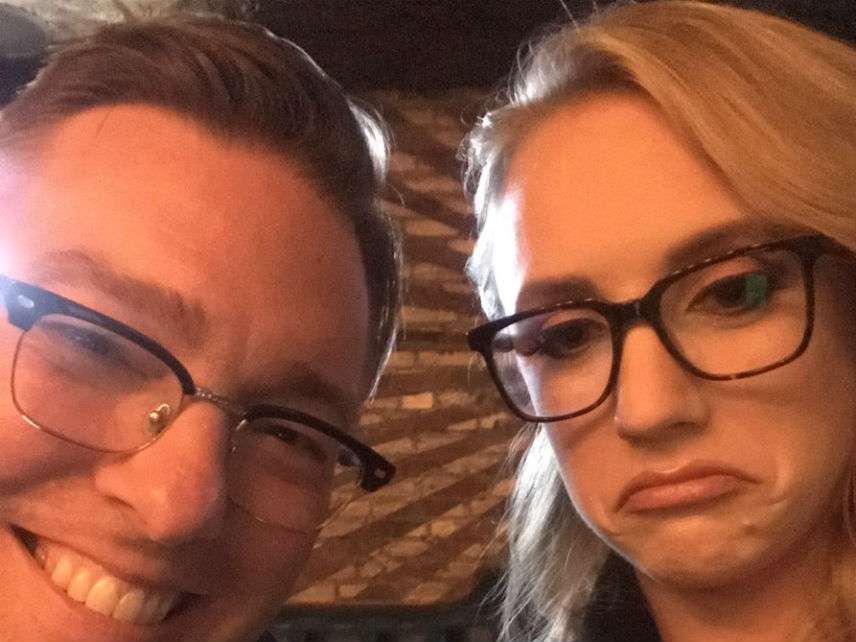 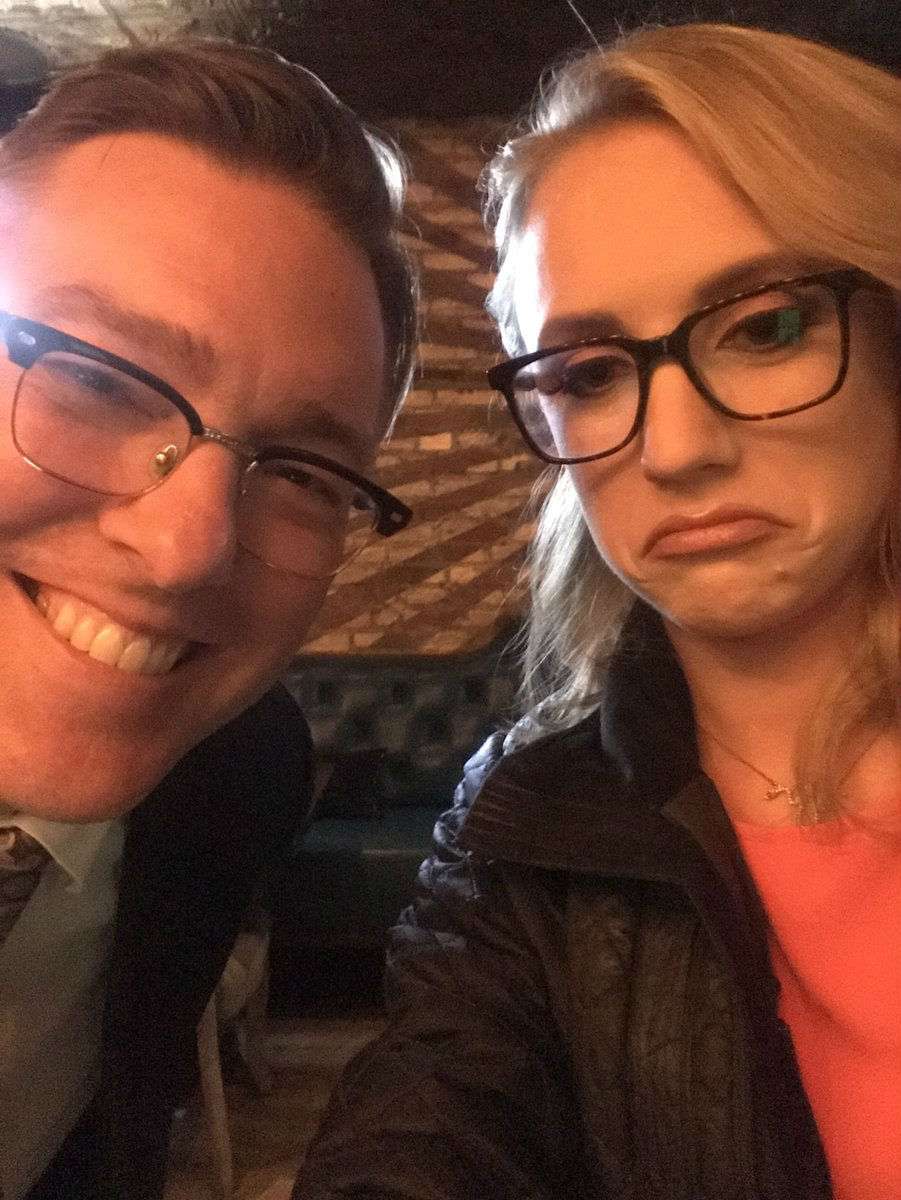 Let’s be clear: I am not asking you to feel sorry for Kat Timpf.

Yes, the 30-year-old television commentator and National Review writer was chased out of a Brooklyn bar a few weeks ago by a shouty woman enraged that Timpf works for Fox News Channel. Must have been unpleasant, especially considering it wasn’t her first time being physically confronted by angry strangers.

But you know what else is unpleasant? Being separated from your toddler at the U.S.-Mexico border. Watching your entire community burn to the ground. Living a life less luxe than a New York gal about town whose birthday parties make Page Six.

So let’s not talk about Kat, let’s talk about you. You who pivoted before I did to the whataboutism in the paragraph above. You who were already irritated at reading yet again about a non-Democrat being inconvenienced in public. You who are saying to yourself, “Fox News is toxic. It’s poisoning my dad’s brain. All collaborators are fair game to be shunned.”

Here’s the question for you: Do you think this ends well? Because it doesn’t.

As it happens, Timpf is one of very few Trump-skeptical libertarians working at 1211 Avenue of the Americas. When we were both on the libertarian-leaning “Kennedy” program on Fox Business recently, she said stuff like, “Oh, I’m personally not scared of the [immigrant] caravan. I think that Trump’s done an excellent job of making people scared.” Hound her from the building, and that’s one less non-#MAGA commentator on dad’s TV.

Not that Timpf’s views actually matter to her antagonists. “None of these people have even been able to tell me what exactly I have said or done myself that they had a problem with,” she told The Hill. The problem, one darkly suspects, is that she looks the part of Fox News villain — blond, pretty, false eyelashes that she refuses to take off when carousing in Brooklyn’s massive bloc of precincts that voted over 90 percent for Hillary Clinton.

Increasingly, Americans do not tolerate people who do not stay in identifiable political and even geographical lanes. There is probably no more hated politician right now than the temperamentally centrist lame-duck Sen. Jeff Flake (R-Ariz.). Acres of pixels are expended most every time a perceived center-right type is hired by a reliably left-leaning news outlet — Kevin Williamson at The Atlantic, Bari Weiss at The New York Times, Hugh Hewitt at MSNBC.

These are successful public figures, so again, shed no tears. Think instead, in this Thanksgiving season, about your family, which probably includes members of the opposing tribe. According to a Survey Monkey poll before the midterm election, 61 percent of Democrats think the phrase “racist/sexist/bigoted” applies generally to the Republican Party, while 54 percent of Republicans think the Democratic Party is “spiteful.” More than one in five members of each bloc think the other can be rightly described as “evil.”

This is not a good place to be, America.

We are careening dangerously from a high-trust to a low-trust society. We trust one another less; we trust government and other mediating institutions less. This trend, which like many of our pathologies predates and arguably helped give rise to the Trump presidency, has ominous consequences.

High-trust societies have lower transaction costs, lower crime rates and less corruption. People are nicer and better behaved when they’re reasonably confident that the local grocer won’t steal their credit card information and the IRS won’t audit them based on their politics.

Low-trust countries are clannish, unable to develop the civil institutions of a free society, and those in power tend to use government authority like a club to punish political enemies. The resulting disorder builds demand for strongmen, for more centralized state power. None of this is good.

When President Trump accuses Democrats, without evidence, of “electoral corruption” in the Arizona Senate race (even as the local Republican candidate handles her loss with dignity), he is behaving like a caudillo from a low-trust country. When Sen. Sherrod Brown (D-Ohio) says Republicans “can’t win elections fairly; they win elections by redistricting and reapportionment and voter suppression,” he too is contributing to the very dysfunction he claims to resist .

It’s damnably difficult to break out of this cycle, at least politically: As trust declines between the two main parties, untrustworthy behavior spikes. There are villains among us in politics, though thankfully some — such as the odious voter-fraud fabulist Kris Kobach in Kansas — get fired by voters.

But we can start closer to home with the recognition that our friends and family aren’t evil just because some of them have different ideologies or political affiliations. In a country of pluralities and coalitions and minority rights instead of heavy-handed majoritarian rule, we are cursed — and also blessed — to live with one another. We might as well learn how to peaceably share a drink.

This article originally appeared in the Los Angeles Times.

What Teams Has Jacoby Brissett Played For, And What Is His Net Worth?

Ruben Randall - February 28, 2022 0
Actor
Despite taking on numerous daring and dynamic roles, Daniel Radcliffe will likely be forever known as the boy who lived, Harry Potter....