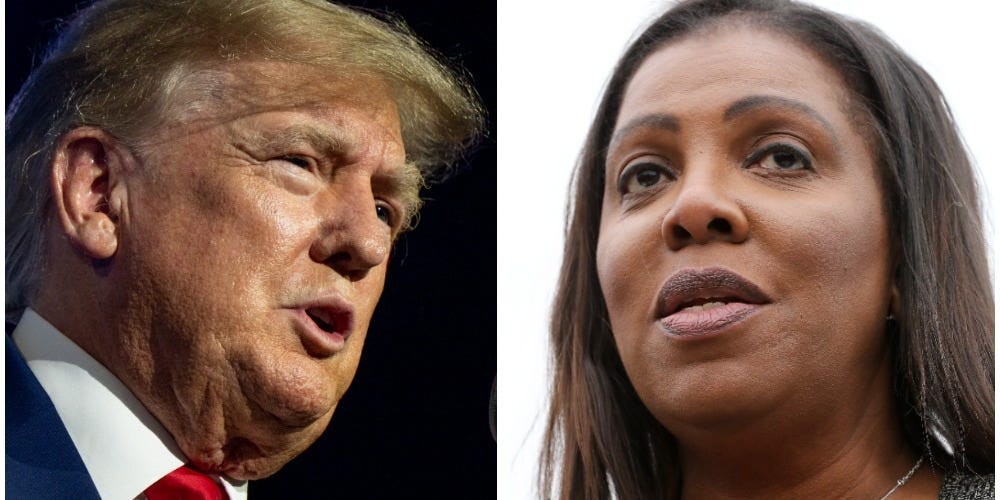 A Manhattan judge on Wednesday lifted a costly contempt-of-court order that had threatened Donald Trump with hundreds of thousands of dollars in fines for failing to fully comply with a New York investigation into his hotel and golf resort business.

Trump has been held in contempt since April, when New York Supreme Court Justice Arthur Engoron found the former president had failed to turn over personal business documents subpoenaed by New York Attorney General Letitia James — or, alternately, to explain why so few documents had been turned over.

Had Trump’s lawyers not turned over a set of executive affidavits explaining how Trump’s documents were — or were not — preserved earlier this month, the fine could have been re-instated retroactively, potentially costing the former president some $300,000 more.

“It is hereby ordered that the contempt of respondent Donald J. Trump is purged,” Engoron wrote in Wednesday’s decision.

The lifting of the contempt order amounts to a brief truce between the former president and James, who has been probing allegations of financial wrongdoing at the Trump Organization for three years.

For Trump, it not only means that his contempt fines won’t get any higher, but also that what his lawyers have described as the unrealistic ordeal of complying with the AG’s document subpoenas is over.

On James’ side, it signals she has given up on getting any more than the 10 “custodial” files from Trump that have been turned over to her office, just a fraction of some 900,000 files turned over by the Trump Organization as a whole.

She still gets to keep the $110,000 check that Trump cut to her office; it remains in escrow while Trump appeals the contempt order.

The probe is winding down, James’ lawyers have said, with one remaining investigative effort still looming: Donald Trump, Ivanka Trump, and Donald Trump, Jr. have all been ordered by Engoron to comply in mid-July with James’ subpoenas for their testimony.

Afterward, James appears on the brink of filing a massive lawsuit that may seek to put the Trump Organization out of business entirely.

used to secure hundreds of millions of dollars in bank loans and tax breaks — are rife with “misrepresentations.”

Lawyers for the Trump family and business have accused James — a Democrat who has been outspoken against the former president for years — of conducting a politically-motivated witch hunt.