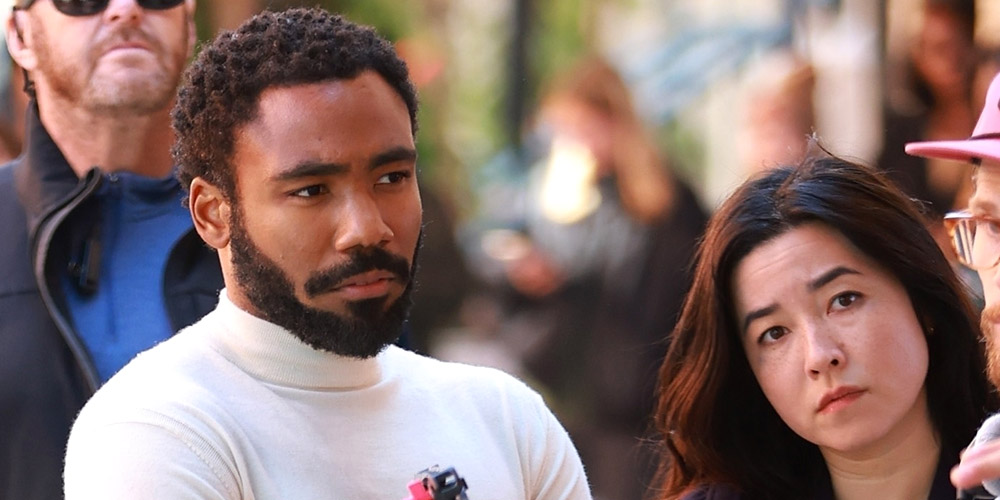 The stars were captured on set of the series on Monday (October 10) in New York City, and they seemed to channel their warring characters by dressing in contrasting colors.

Donald opted for a white turtleneck and matching pants while Maya wore black. The duo stood close to each other on the sidewalk and appeared to be listening intently.

They were spotted working on the project earlier this summer, and Donald showed off his muscles in a fitted tank top at the time.

This summer Amazon added a few more cast members to the series, which is based on Angelina Jolie and Brad Pitt‘s 2005 release of the same name.

Donald will play Brad‘s character John and Maya is taking on Angelina‘s character Jane. She replaced another actress in the role back in April.

Click through the gallery below to check out all the photos of Donald Glover and Maya Erskine on the set of Mr. & Mrs. Smith…