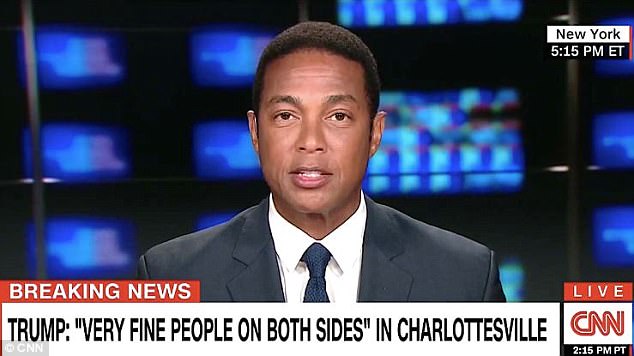 Members of the media have slammed President Donald Trump’s statements on Tuesday in which he assigned blame to ‘both sides’ for the violence in Charlottesville.

Trump elicited outrage across the country for his remarks that there were ‘fine people’ among white supremacists.

Lemon said that the president’s speech at Trump Tower on Tuesday was representative of ‘the real Donald Trump’.

He also urged Trump to ‘go back to school and get an elementary education on how this country started.’

‘This is a sad moment for the country,’ Lemon said. ‘I think it was an awful moment for the person who is supposed to represent the highest office of the land.

‘There, today, you saw the real Donald Trump proving all of his critics right in that moment.’

Lemon, like others, echoed widespread anger at Trump for his apparent refusal to differentiate between neo-Nazis on one hand and those who came to Charlottesville to protest their presence there on the other.

Trump, in his remarks Tuesday, said that the ‘alt-left’ was also partly to blame for the violence in Charlottesville that left one person dead and at least 20 others injured.

‘There is a difference between the two groups,’ Lemon said before addressing his remarks to Blitzer. 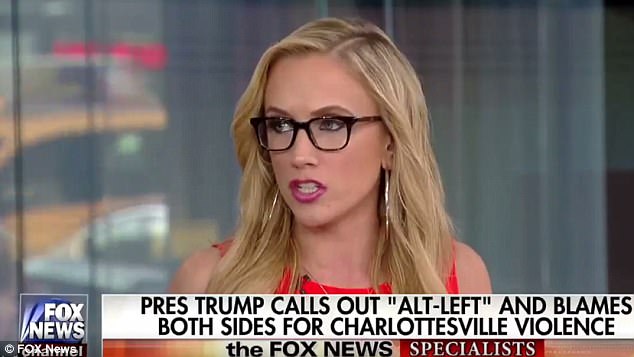 Another reaction that drew significant attention on social media was that of Fox News host Kat Timpf (above), a co-host of the right-leaning channel’s show The Fox News Specialists

See also  Fox News’s Kat Timpf: I was ‘chewed out, abused’ at establishment over where I work

‘One is a Nazi, white supremacist group. What they want to do is extinguish people that look like me and you, Wolf, Jewish people, black people, even women.

‘They don’t think we are equal to them. The other is a protest group, protesting a political and racist movement.’

In a reference to slavery, Lemon said Trump ‘doesn’t seem to be very aware of the history of this country.’

‘People who look like me did not come over on the Nina, the Pinta, or the Santa Maria. And those people who were there want to keep people like me enslaved.

‘The president is ignorant of history,’ Lemon continued.

Another reaction that drew significant attention on social media was that of Fox News host Kat Timpf.

Timpf is a co-host of the right-leaning channel’s show The Fox News Specialists.

Trump’s news conference were broadcast during the program, giving the hosts an opportunity to respond.

‘It’s crazy for me to have to comment because I’m still in the phase where I’m wondering if it was actually real life what I just watched,’ she told her on-air colleague Eboni Williams.

‘It was one of the biggest messes I’ve ever seen. I can’t believe it happened.’

Timpf also slammed Trump for refusing to call the suspect who rammed his car into a crowd of anti-fascist protesters a terrorist and for waiting a full two days before condemning white supremacists. 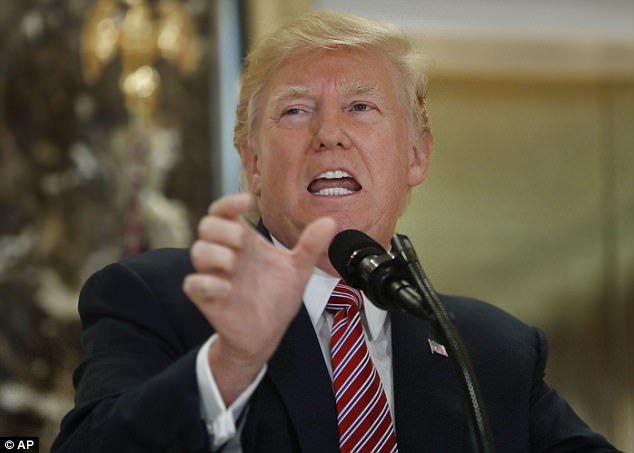 The president defended himself, saying: ‘You don’t make statements that direct unless you know the facts.’

But Timpf noted that Trump has historically declined to wait for facts and has offered his opinion on other attacks committed by Muslims.

‘I’m surprised he didn’t say it was a terrorist instead of waiting to say something,’ Timpf said.

‘”This was clearly an Islamic terrorist!” Because he’s done that before, before he’s had the facts. He is not measured in his criticism. He goes after people as soon as he gets the inkling.’

‘For him to take 48 hours, that is something he has never done before. And, yeah, it shouldn’t be some kind of bold statement to say, “Yes, a gathering full of white supremacist Nazis doesn’t have good people in it. Those are all bad people, period”.

‘And fact that that’s controversial, I don’t know if I should just laugh. I have too much eye makeup on to start crying right now.