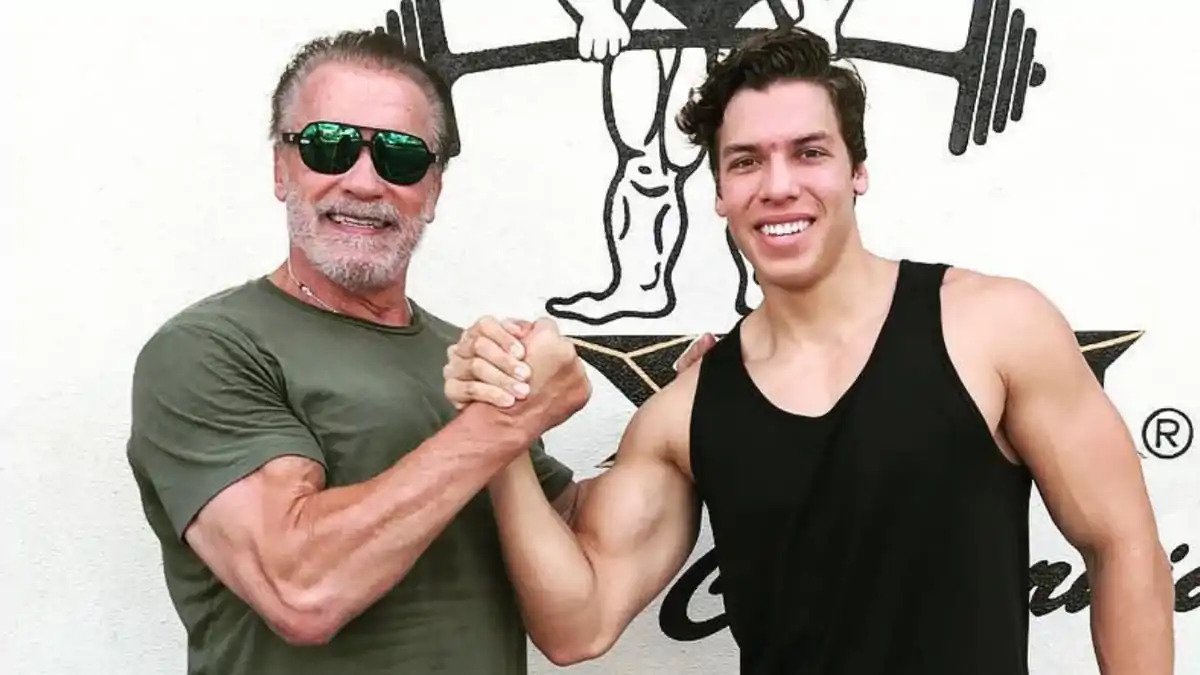 Former Mr. Olympia Arnold Schwarzenegger has made a great name for himself in the Hollywood industry. Notably, the bodybuilder turned actor played some of the most iconic roles in the movies that helped him build a glorious legacy. Naturally, owning the ‘Schwarzenegger’ name comes with a lot of perks now.

Joseph has had tough beginnings in his life as he was conceived out of wedlock. When Arnold was still married to Maria Shriver, he had relations with their former maid. The truth came out a day after Arnold’s tenure as governor of California ended. However, Arnold has continued to keep on good terms with his third son.

Much like his father, Baena is also a bodybuilder and an actor. While talking about the same, he said, “My dad is old school; he doesn’t believe in handouts. He believes in hard work and so do I. I love the word honor and I’m very prideful in the sense that if I use my dad’s contacts or ask him for favors, I wonder what honor is that going to bring me?”

Joseph wants to know it’s all him during an audition, and using the Schwarzenegger surname will prevent that from happening. Baena’s first role as an actor came in a short remake of his father’s film ‘The Terminator 2’, titled Bad to the Bone. He has another three upcoming projects.

Notably, after completing his BBA (Bachelor of Business Administration), Baena joined a real estate agency called ARIA properties as an executive assistant. Two years later, he was promoted to a real estate agent, a position he currently serves at.

Arnold fathered four children with his ex-wife, Maria Shriver. They have two daughters and two sons. His oldest daughter, Katherine, is a published author and has written several books. Her most famed children’s book was titled ‘Maverick and Me’, and it talks about the journey of a girl and her pup. She is currently married to Hollywood actor Chris Pratt.

Arnold’s other daughter, Christina, is a graduate of Georgetown University. She worked at Gwyneth Paltrow’s brand ‘Goop’ and has served as a producer for Netflix documentary Take Your Pills.

Patrick Schwarzenegger is a model and an actor who has worked in films like Grown Ups 2 and Midnight Sun. He is currently in a long-term relationship with model Abby Champion. His younger brother, Christopher, is just entering the ‘real-world’, who recently graduated from the University of Michigan.

WATCH: The Astonishing Transformation Arnold Schwarzenegger Went Through Over
the Years

What Is Drapple? | POPSUGAR Tech

Ruben Randall - July 22, 2022 0
Money
Both Chris Rock and Dave Chappelle have been subject of scrutiny and meme material over the last couple of months. On one hand, Chris...

Daniel Radcliffe Once Shared He Sometimes Felt Useless as a Boyfriend