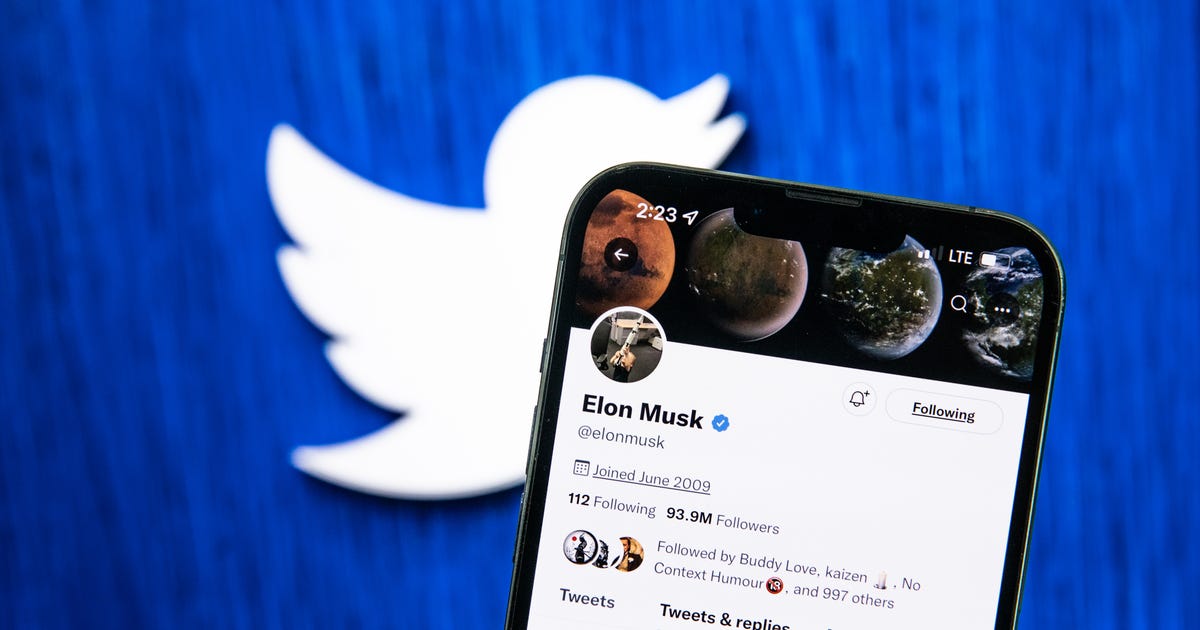 Elon Musk is raising more doubts about whether he’ll follow through with the $44 billion deal he struck to buy Twitter.

Musk’s lawyer Mike Ringler sent a letter Monday to Twitter, accusing the influential social network of refusing to provide Musk with more information about spam and fake accounts. Musk wants a “complete and accurate understanding of the very core of Twitter’s business model — its active user base” before he moves forward with the acquisition, the letter said.

The letter is another sign that Musk, who runs both Tesla and SpaceX, could be getting cold feet about buying Twitter. Musk has said the deal can’t move forward until he gets proof that fewer than 5% of Twitter’s 229 million daily users in the first quarter were fake or spam-focused.

Musk agreed to buy Twitter for $54.20 a share, a 38% premium to Twitter’s closing stock price on April 1, when the billionaire revealed he owns more than 9% of Twitter. Musk has also said that a lower price isn’t out of the question, but Twitter says it doesn’t plan to renegotiate the price.

Twitter spokesman Brenden Lee said in a statement the company has and will continue to share information with Musk to complete the acquisition.

“We believe this agreement is in the best interest of all shareholders. We intend to close the transaction and enforce the merger agreement at the agreed price and terms,” Lee said.

Elon Musk Is Buying Twitter. Here’s What Could Change


The deal still needs to be approved by Twitter shareholders in a special meeting, the date of which hasn’t been revealed yet.

Here’s what you need to know about the ongoing saga between Musk and Twitter:

Musk is an avid user of the service but also one of its loudest critics.

Musk tweeted a poll to his followers in March that asked whether users believed Twitter was protecting free speech. He said the poll results, in which roughly 70% of 2 million respondents answered “no,” would be “very important.”

“Given that Twitter serves as the de facto public town square, failing to adhere to free speech principles fundamentally undermines democracy. What should be done?” Musk said in a follow-up tweet. Then he made an offer to buy Twitter, noting that he believed Twitter needed to be private to accomplish his goal.

The guarantee of free speech in the US Constitution’s First Amendment applies to the government censoring speech but not to companies such as Twitter, which have their own rules about what isn’t allowed on their sites.

Musk referenced free speech again when Twitter announced the deal in April. He also said he wanted to enhance Twitter with new features and promised he would make the service’s algorithms open source, defeat spam bots and authenticate all humans.

“Twitter has tremendous potential,” Musk wrote. “I look forward to working with the company and the community of users to unlock it.”

Progressives have criticized social media companies for failing to crack down on harmful content such as hate speech and harassment. Conservatives claim their speech is being censored. (Twitter has long denied allegations it censors conservatives.)

On April 19, Musk tweeted he thinks social media policies “are good if the most extreme 10% on left and right are equally unhappy.” He’s also said he would reverse the ban on former US President Donald Trump who was booted from the platform after the Jan. 6 Capitol Hill riots because of concerns about inciting violence. Trump has said he doesn’t plan to return to Twitter even if the company lifts the ban.

What has Twitter’s response been?

Initially, it seemed like Twitter was going to turn down the offer but the board started to take it more seriously when Musk offered details about how he would finance the deal. The company had adopted a defensive strategy known as the “poison pill” that would make it tougher for Musk to add to his stake in the company. The tactic allowed Twitter to accept a competing offer, if one emerged.

Twitter co-founder Jack Dorsey tweeted on April 15 that “as a public company, twitter has always been ‘for sale.’ that’s the real issue.” Twitter has dealt with leadership changes, layoffs and activist investors as a public company. After Twitter announced the deal, Dorsey said he didn’t believe that anyone should own or run Twitter but taking it back from Wall Street is the “correct first step.”

The idea and service is all that matters to me, and I will do whatever it takes to protect both. Twitter as a company has always been my sole issue and my biggest regret. It has been owned by Wall Street and the ad model. Taking it back from Wall Street is the correct first step.

“Solving for the problem of it being a company however, Elon is the singular solution I trust,” Dorsey tweeted. “I trust his mission to extend the light of consciousness.”

A filing with the US Securities and Exchange Commission also shed more light on how the deal came together. Musk spoke to Twitter co-founder Jack Dorsey in March about the future of social media and decentralizing social media so users get more control over their data and what content they see.

Musk’s effort to acquire Twitter has been a bumpy one. Musk rejected a seat on Twitter’s board before offering to take the company private. Musk also had a conversation with Dorsey in early April in which Dorsey said he thought Twitter, a publicly traded company, would be better off as a private company, the filing shows.

Even for Musk, who’s worth about $220 billion, buying Twitter requires some financial juggling.

In an initial SEC filing on April 20, Musk said he had personally committed about $21 billion in equity financing. He also secured about $25.5 billion in debt financing through Morgan Stanley and other financial institutions.

Since then, Musk has raised capital by selling $8.5 billion in Tesla shares, presumably for the deal, and lined up $7.1 billion from outside investors. According to a May 4 filing, those investors include Sequoia Capital and Oracle co-founder Larry Ellison. (Ellison sits on Tesla’s board of directors.) Saudi Arabian investor Prince Alwaleed bin Talal Bin Abdulaziz Alsaud also agreed to pledge his stake of roughly 35 million shares to the deal.

See also  Kylie Jenner, Taylor Swift And The Other Richest Self-Made Women Under 40

On May 24, Musk pledged more equity to the deal. He’s now willing to put $33.5 billion toward the acquisition.

The deal still needs to be approved by shareholders, and there’s speculation that Musk could back out. Terminating the deal, though, would cost Musk $1 billion because of a termination fee that’s part of the agreement, according to an SEC filing on April 25.

Musk is trying to make the case, though, that Twitter is violating the agreement by allegedly refusing to hand over the data he wants on spam and fake accounts.

“At this point, Mr. Musk believes Twitter is transparently refusing to comply with its obligations under the merger agreement, which is causing further suspicion that the company is withholding the requested data due to concern for what Mr. Musk’s own analysis of that data will uncover,” Monday’s letter said.

The takeover attempt will likely lead to more leadership changes within Twitter. Musk is expected to serve as temporary CEO after the deal closes, CNBC reported. Parag Agrawal, who took over from co-founder Jack Dorsey in November, is expected to stay until the sale is completed. Musk also said he’d rein in executive and board pay, in addition to figuring out new ways to make money, according to Reuters, which cited anonymous sources. Last week, two longtime Twitter executives said the CEO asked them to leave their jobs.

Bloomberg reported that the entrepreneur had suggested job cuts as he pitched the deal. He also reportedly told banks that Twitter needed to get influencers and celebrities more active on the platform.

Ruben Randall - September 7, 2022 0
Money
Phil Mickelson is considered one of the wealthiest golfers on the planet. If the wages during his famed career spanning over three decades weren’t...