A retired consultant physician wrongly prescribed sex-change treatments to seven transgender patients – one who was aged just nine and another a teenager who took their own life few months later.

A Medical Practitioners Tribunal Service (MPTS) panel found a number of charges proved against him after he was accused of failing to provide good clinical care to seven patients between February 2017 and June 2019.

In several cases, he’d taken care of the patients after restrictions had been placed on his wife’s practise.

But several doctors raised concerns about his treatment with the GMC (General Medical Council) and he was later suspended.

Following the panel’s conclusions, his wife tweeted: ‘My heart and soul goes out to my husband. While he was in hospital today having a big operation, he was sent the damning list of proven allegations that the GMC have found against him.

‘He hasn’t been able to tell his side of the story and he wasn’t able to be represented or to ask experts who truly understand the needs of trans people.

‘I know that he has helped so many trans people, and I know that you will wish him well in his retirement. He has served the NHS for a long and hard career.

‘His patients have always loved him, as I do.’

With all seven patients, he was found guilty of providing or allowing treatment that was ‘not clinically indicated’ or had been prescribed without adequate tests, examinations or assessments.

The tribunal found he had acted ‘outside the limits of his expertise’ as a consultant gastroenterologist and without the necessary qualifications and training in general practice, transgender medicine or paediatrics.

And he failed to adhere to a recognised training pathway in transgender medicine and to obtain consent for treatments.

Dr Webberley, who didn’t attend the hearing and was only legally represented for the preliminary stages, also failed to establish an adequate multi-disciplinary team (MDT) and had reached diagnoses of gender dysphoria based on inadequate examinations or assessments.

The tribunal heard about one nine-year-old patient – know as Patient V – who’d been born a biological girl but identified as a boy.

Dr Webberley diagnosed the patient as suffering from gender dysphoria based on a questionnaire that was ‘inadequate for the assessment of a minor’ and without performing an adequate mental or physical examination.

He then prescribed puberty blockers – which pause the physical changes of puberty – off-licence and without considering alternative treatments or adequately assessing the balance between the risks and benefits. 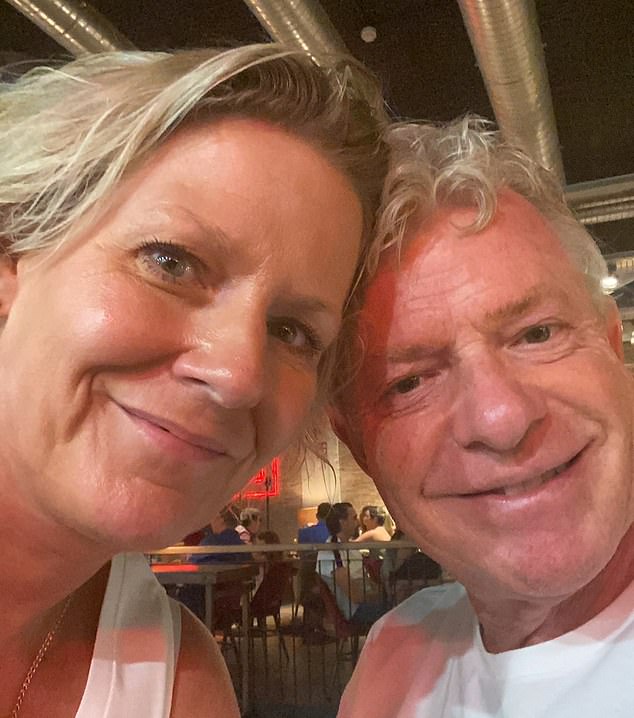 The panel also looked at Dr Webberley’s treatment of a 17-year-patient – referred to as Patient W in the tribunal – but believed to be Jayden Lowe, a transgender teenager who took his own life in September 2018 by stepping in front of a train.

Patient W was transitioning from female to male and first contacted Dr Webberley in June 2018.

Patient W first contacted Dr Webberley in June 2018 after he had become unhappy at the long waiting lists for NHS treatment elsewhere.

He said in an email that he wanted to transition as soon as possible as it would have a ‘massively positive impact’ on his mental health.

‘I have been waiting to go on hormones so long now and it means so much to me,’ he added. ‘I am so happy it is finally happening.’

The tribunal also found that Patient W was prescribed testosterone when it wasn’t clinically indicated and without establishing whether the risks were lower than the risks to the patient’s mental and physical health.

Patient W had been diagnosed with Asperger’s Syndrome and had ‘complex’ and long-standing mental health issues but it ‘did not appear’ that Dr Webberley was aware of them and he’d failed to obtain the patient’s medical records, the tribunal concluded.

Jayden Lowe, a transgender teenager who took his own life in 2018 by stepping in front of a train after being prescribed hormone treatment by GenderGP

Dr Webberley also wrongly prescribed puberty blockers off-licence to another patient, aged 11, who was transitioning from female to male.

He claimed that he’d only provided a ‘bridging prescription’ to the patient – known as Patient T – until NHS care could be provided.

But this was rejected by the tribunal who found he acted as the ‘treating clinician’ without an MDT in place.

The tribunal found that GenderGP’s operating method was ‘motivated by efforts to avoid the regulatory framework of the UK’, including regulation by the Care Quality Commission and Healthcare Inspectorate Wales (HIW).

Although the clinic had operated without a recognised GP following his wife’s suspension in November 2018 and kept on using the same name, the tribunal deemed his actions were not dishonest.

Dr Webberley, who’d faced 89 charges in total, was also found guilty of failures to provide good clinical care to 18 other patients who received androgen treatment for male hypogonadism – a condition when not enough sex hormones are produced by the body – using a company called Balance My Hormones.

The charges related his failure to hold face-to-face consultations, to conduct any examinations or obtain medical histories before inappropriately prescribing medication, and making inappropriate diagnoses – but some charges were not proved.

In summary, the tribunal found that on no occasion had Dr Webberley disagreed with diagnosis sought by each patient.

Dr Helen Webberley, 53, was convicted in October 2018 for illegally running an unregistered clinic while treating 1,600 transgender patients and gender dysphoric children from her home in Wales

Tribunal chair Tim Bradbury said that ‘ in every case the patient was prescribed the treatment which they had sought at the outset’.

Dr Webberley’s ‘apparent intention’ was ‘to prescribe according to the patient’s wishes’ and not by following an adequate and critical objective assessment before making a diagnosis and concluding the treatment was clinically indicated, he said.

There was a ‘pattern of substandard care’ which underlined Dr Webberley’s lack of qualifications, training or experience, Mr Bradbury added.

But he acknowledged that the transgender patients felt ‘let down’ by the NHS and ‘due to inherent delays’ had sought private treatment through GenderGP.

The tribunal will now decide if Dr Webberley’s fitness to practise has been impaired and, if so, what sanctions he will face.

The GMC had accused Dr Helen Webberley of acting beyond the limits of her competence as a GP with a special interest in gender dysphoria and of failing to follow professional guidelines.

She admitted several charges relating to her conviction in October 2018 for illegally running an unregistered clinic while treating 1,600 transgender patients and gender dysphoric children from her home in Wales.

Dr Webberley, from Abergavenny in Monmouthshire, was later fined £12,000 and suspended.

She then moved Gender GP to Spain, where she now lives with her husband, but they are no longer listed as directors.

In December, the High Court refused an application by the GMC to extend her suspension for a further eight months, although an order means she can only practise under strict conditions.

In response to the tribunal’s decision in her case, she said: ‘Transgender healthcare has sadly become shrouded in politics and division, and I know how important the outcome of this hearing is to the community and those doctors who care for them.’

She added: ‘I have seen the enormous difference that gender-affirming care can make on people’s lives, and I am very proud of the advocacy work we have done.’