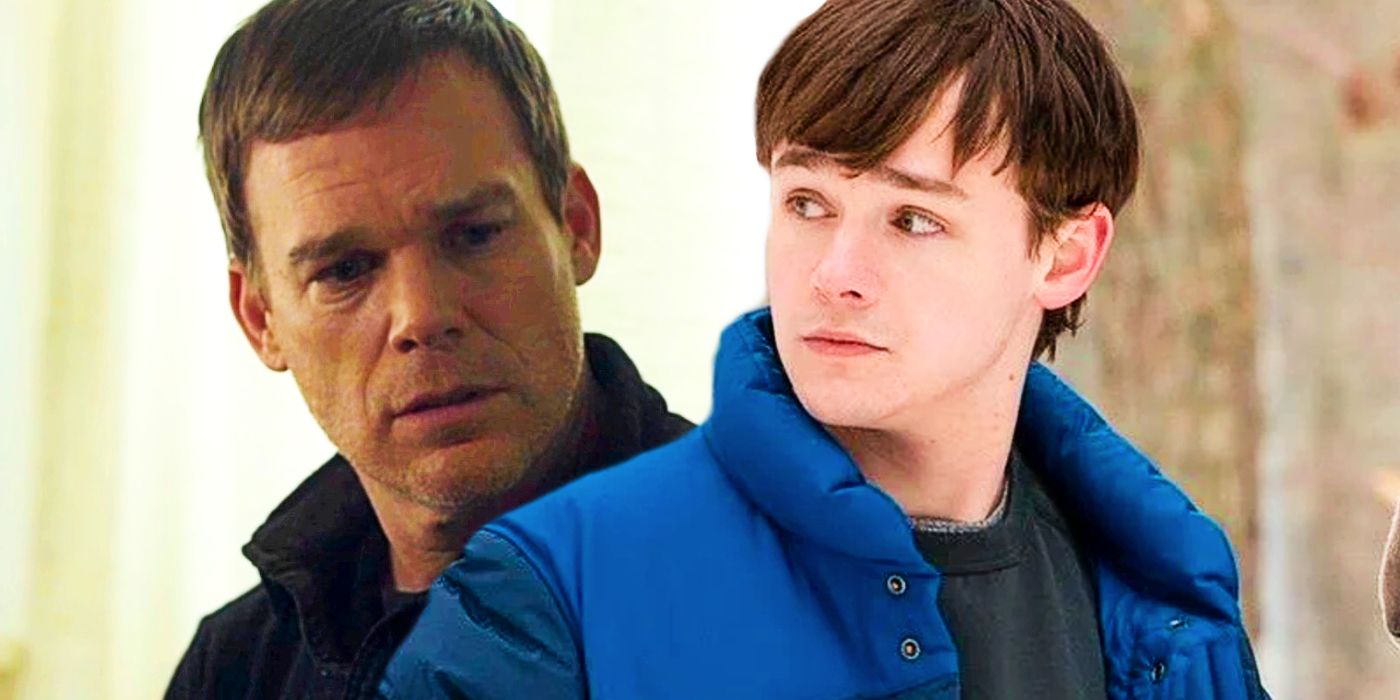 New Blood is finally confirming a long-held fan theory about Dexter Morgan, implying he would’ve been a different man if he went to therapy.

Following Dexter’s (semi) confession of his identity to Angela, New Blood finally confirms a long-held fan theory from the original series in regards to the main serial killer needing therapy. Along with setting up an exciting and dangerous foe for Dexter in the new show, New Blood has also done an incredible job of answering questions and mysteries from the original Dexter series. In New Blood episode 6, Angela finally says to Dexter about his Dark Passenger what fans have been thinking all along.

At the beginning of Dexter: New Blood episode 6, “Too Many Tuna Sandwiches,” Angela calls in “Jim” to confront him about his real identity, a revelation she made with the help of original series character Angel Batista. Dexter says he changed his name and faked his death because he was running away from all of the “death and killing,” while not wanting to pass on his “curse” to Harrison. The subtext of this confession is that he’s running away from his serial killing, but Angela takes it as a curse of those around him coincidentally dying. Dexter says he’s making Harrison go to therapy to help address his trauma, and Angela says what Dexter viewers have been saying since the original series – Dexter is the one who needs therapy.

Although Harry taught Dexter the Code to try and control his violent urges in his youth, New Blood has finally admitted that this was wrong. All along, what Dexter Morgan needed was therapy to work through his PTSD from his mother’s death and growing antisocial personality disorder. If Dexter had sought therapy before he began killing, he may have never turned into the serial killer or “monster” that he was told he was. Dexter having gone to therapy may have actually kept him from killing or thinking that abandoning Harrison would fix his problems in the season 8 finale, which is exactly what Angela is getting at in New Blood. Dexter fans have long theorized that Dexter Morgan going into therapy could have helped suppress his Dark Passenger if he actually engaged in the process, and New Blood’s therapy storyline is confirming this for both Dexter and Harrison’s darkness.

As a teenager and adult, Dexter never actually went to therapy, with the only exception being his few sessions in Dexter season 1 when he killed a menacing shrink. Interestingly, Dexter’s therapy sessions in season 1 actually helped him work through his issues in the episode, but the only way Dexter could engage in it was by being completely honest about himself. As such, Dexter only did so because he was about to kill the therapist. However, Dexter himself has come to realize in New Blood that if Harry had put him in therapy as a child or teenager before he began killing, the possibility of his Dark Passenger going away would have been more likely. New Blood is explicitly confirming that therapy would have helped Dexter just as fans theorized, which is why the storyline about Harrison attending sessions is so important.

Although Harrison’s violent Dark Passenger has now led him to publicly cut a teen’s leg and break another’s arm, there’s still a chance for his demons to be addressed and worked through before it goes too far. While Harrison and Dexter could both greatly benefit from therapy, the problem in New Blood is that they’re having joint sessions, and Dexter can’t engage properly because he doesn’t want Harrison to know his past. Harrison was willing to take the steps while in their session, but became dissuaded with the process once he saw that Dexter wasn’t putting in any effort. New Blood is addressing one of the biggest fan theories from Dexter’s original series with its therapy storyline, with Angela being proven right that the Morgans need therapy to rid themselves of their Dark Passengers.

Next: Why New Blood’s Humor Doesn’t Work (But Original Dexter’s Did)

Jordan Williams is a Movie/TV Feature Senior Staff Writer for Screen Rant. She graduated from the University of Oregon in 2020 with a B.A. in Psychology and a minor in Media Studies.

WWE Superstars Coming To Boise Arena For One Night Only