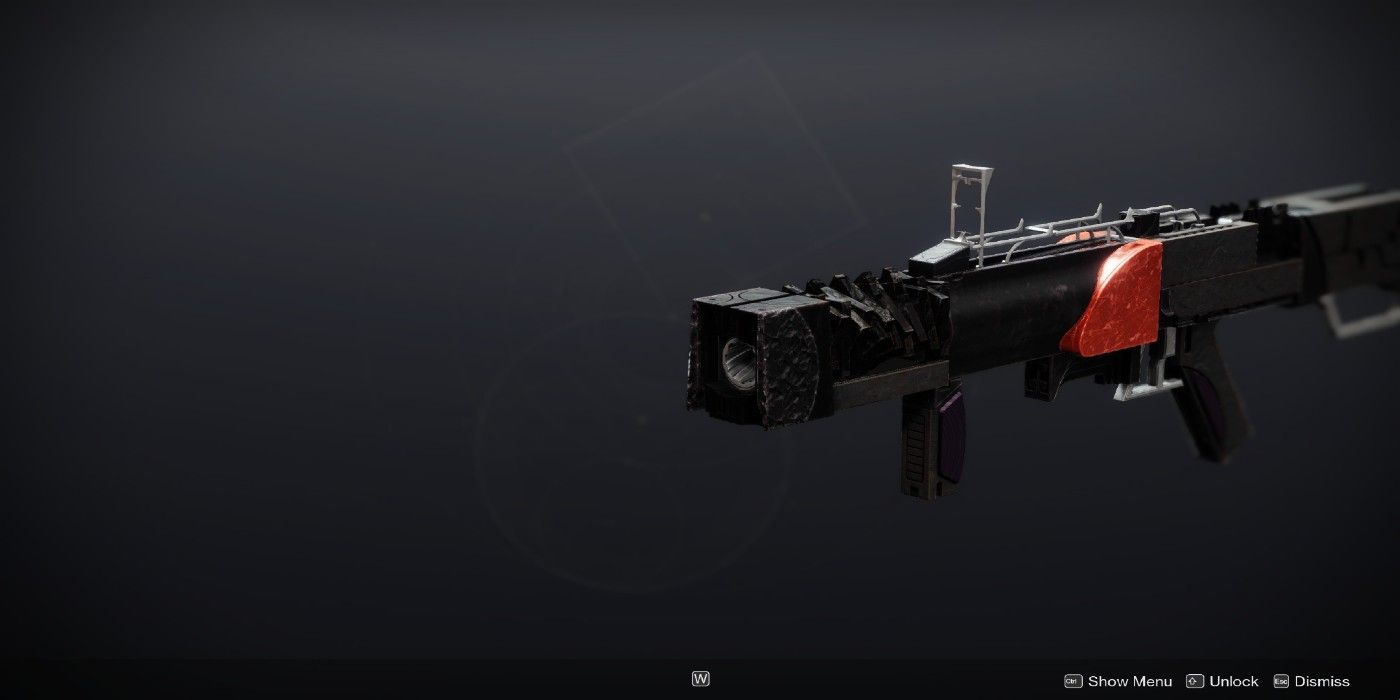 The Vow of the Disciple raid has arrived in Destiny 2 with some of the best raid weapons ever, including a very powerful Wave Frame grenade launcher.

The Vow of The Disciple Raid for Destiny 2 was finally released over the weekend, and it’s chock-full of new weapons and armor for players to get their hands on. The weapons that can drop from Vow of The Disciples’ encounters are easily some of the best new weapons in Destiny 2 and probably the best group of weapons from any raid. However, of all of these weapons, the new Arc energy grenade launcher Forbearance is perhaps the most powerful of the bunch. The Forbearance is one of very few Wave Frame grenade launchers available in Destiny 2. When this weapon’s projectile hits the floor, it’ll spawn an Arc wave of explosive energy toward the enemy.

The Forbearance can only drop from two of Vow of The Disciples’ (VoD) encounters, and there is no way around that. Since this is one of very few Wave Frame grenade launchers in the game, it’s sure to be a sought-after weapon. Players will have to get a little further than VoDs’ first encounter, the ‘Acquisition,’ and push on to the second or final encounters for a chance to get this weapon to drop. This weapon cannot technically be farmed, however, players can purchase rolls of this weapon from VoD’s final chest after beating the boss for ‘Spoils of Conquest,’ which are earned from secret raid chests and raid encounter completions. For this weapon to drop from secret chests or be purchasable from the raid final chest, players will have to get lucky and have The Deliverance drop from one of the raids encounters.

Related: Destiny 2: How to Get the Deliverance (Kinetic Fusion Rifle)

While Wave Frame grenade launchers are already the best add clearing weapons in the game, the Forbearance has possible traits that put it far above any other add clearing weapon in Destiny 2 currently, including the new Destiny 2’s exotic Wave Frame GL, the ‘Dead Messenger.’ Additionally, the Forbearance can come with the slot 2 trait ‘Chain Reaction,’ which causes all enemies killed with it to explode and cause other enemies killed by that explosion to also explode. In summary, this grenade launcher causes a giant explosive wave of death for players’ enemies, and there are certainly god rolls players will want to look out for.

The Forbearance God Roll in Destiny 2

On top of already being a great weapon, The Forbearance is craftable using Destiny 2’s new crafting system. The weapon will be unlocked at the crafting table after players extract the pattern of the weapon five times. Players will have to get lucky with drops of the weapon that have ‘Deepsight Reconnaissance’ in order to unlock it for Destiny 2’s weapon crafting. Luckily, it seems that one raid weapon a week with Deesight Reconssance can be purchased at the raids final chest for 20 Spoils of Conquest.

The Forbearance with Ambitious Assassin and Chain Reaction is an unbeatable combination. Ambitious Assiassn allows for two projectiles in the mag after reloading as long as the player got a kill, and chain reaction ensures that all the enemies caught in the launcher wave will blow up. In terms of VoD raid weapons, the Forbearance is easily the most powerful, and players should seek it out as soon as possible.

Next: Destiny 2: How to Get the Funnelweb SMG (& God Rolls)

Jacob Tawil is a Cinema Screen Studies Major and Journalism Minor from New York. He’s been a gamer his whole life and is happy to merge his passion for it into his work. It is currently unknown if he will ever stop playing Destiny 2.

He goes by the online alias of IamTawil.