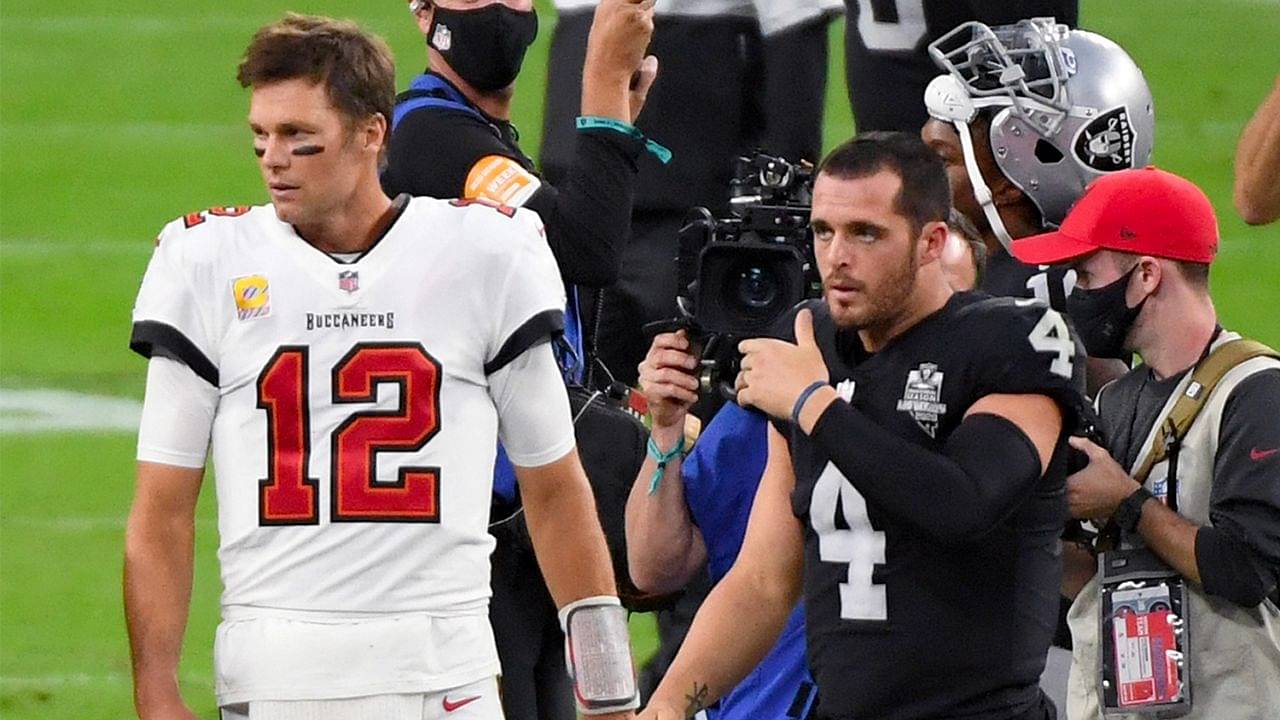 Derek Carr is proving to be one of the more reliable quarterbacks in the league, and one NFL analyst believes he can be better than Tom Brady.

Derek Carr’s performances over the last few years have flown under the radar, partly because the Raiders haven’t been one of the most consistent teams.

Last season was one of Carr’s best. He threw for 4,804 yards, ranked fifth in the league above Aaron Rodgers, and 23 touchdowns. He guided Las Vegas to a 10-7 record and a playoff berth.

Carr has passed for 4,000 yards in four straight seasons. After the Raiders’ strong finish last year, Carr could be in for a bigger season, and one NFL analyst has some sky high expectations for the Raiders man.

Adam Schein thinks Carr is going to set the world on fire. Schein has a net worth of $3 million, and thinks Carr can be even better than Tom Brady.

Also Read: $75 million worth Cam Newton had shocking comments about women’s role in society which he tried to clarify

Tom Brady is coming off one of his best statistical years as well. The quarterback threw for a career high and league high 5,316 yards and a league high and career second best mark of 43 touchdowns.

Brady also gained a new weapon this offseason in Julio Jones, but he’s lost key members on his offensive line including Ali Marpet retiring and Ryan Jensen going down with injury.

Meanwhile, the Raiders improved drastically over the offseason by bringing in former Packers receiver and All Pro Davante Adams. The ex-Packer has been the league’s best receiver for the last few years, catching 1,553 yards, good for third in the league, and 11 touchdowns, good for fifth in the league.

Adams’ reunion with Carr will prove to be massive for the signal caller in hopes of leading a revamped offense. Schein thinks Adams’ addition can take Carr’s game to the next level as he thinks the QB will eclipse 5,000 yards for the first time in his career and play better than Tom Brady.

Playing better than Tom Brady is a tall order to reach, but Carr is trending upwards in his career, and if there was any year for him to the beat the NFL GOAT, this would be the one.

Also Read: “Hope Aaron Rodgers has figured out how to throw to himself”: $8 million worth Bears legend destroys Packers for losing Davante Adams, making their games look ‘like playing fetch’ with his dog

From Michelangelo to the United Nations: How one Redbird found success in Italy –...