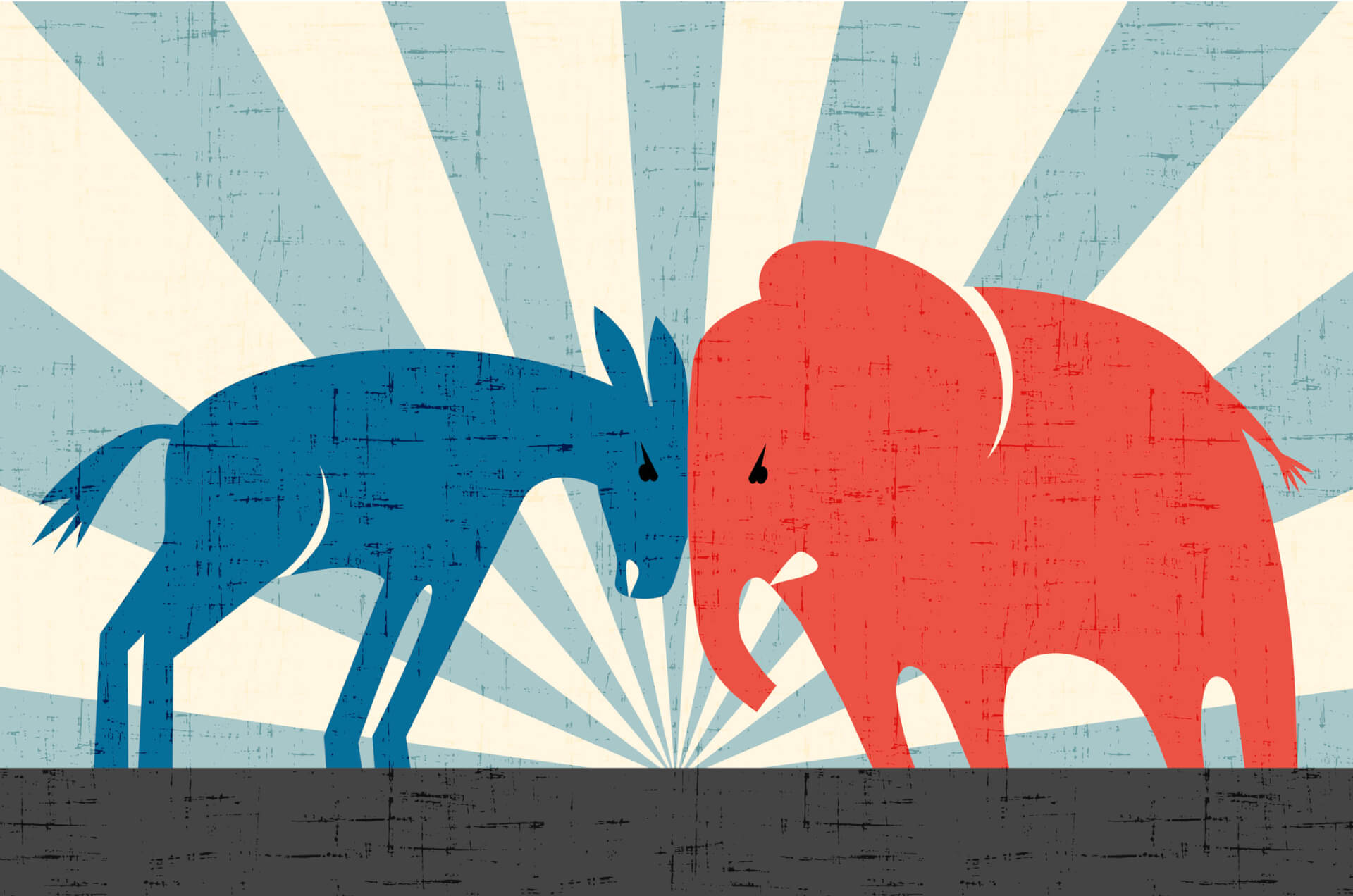 Once people realized this month that a bill the legislature unanimously approved eliminated elections for precinct committeemen, activists began hounding Republican lawmakers to reverse course, which they moved to do almost immediately.

Angry precinct committeemen filled legislative hearing rooms as lawmakers debated bills to restore their elections for this year. One GOP senator told them they were the most important elected officials in America. A House Republican compared them to George Washington, Benjamin Franklin and Paul Revere. Republican legislators vowed to revive the elections for precinct committeemen, whom they lauded as the backbone of the party’s activist base.

On the other side of the aisle, Democratic lawmakers largely shrugged. They say they’ve heard few, if any, complaints. Most Democrats are happy to let the status quo stand and aren’t backing their Republican colleagues’ impassioned efforts to ensure that precinct committeemen will be on the ballot in August.

So who are these people who inspired so much frantic legislative activity?

PCs, as the positions are usually called, are the voting members of political parties’ legislative district-level organizations. They elect the chairs and other leadership positions in their districts, and select the committee members who do the same for the state political parties. When legislative seats become vacant, the PCs in the district nominate three finalists to fill them, with the new lawmaker being selected by the county board of supervisors.

Each party’s legislative district organization gets one PC per precinct, plus an additional slot for every 125 voters the party has in the precinct. Rarely are there more PC candidates than positions. When there are, the candidates go to the ballot, where members of their party select the winners in the primary election.

Tucked in a bill to streamline requirements for the number of signatures legislative candidates need to collect to qualify for the ballot this year — the result of a series of events stemming from redistricting and census delays — was a provision that eliminated PC elections for 2022, making them instead appointed by their respective county political parties. The counties sought the change to deal with redistricting and census-related complications. Many lawmakers say they didn’t realize what they were voting for.

The backlash erupted quickly, but largely only on the GOP side. As has become apparent to anyone observing the outcry over the PC election issue, Republicans view PCs with far greater importance than Democrats do. All three recognized political parties in Arizona — Democrats, Libertarians and Republicans — have precinct committeemen, which may leave many people wondering why it’s only a big deal to one party.

There are a number of answers, according to Democratic and Republican politicos.

Republican lawmakers have praised PCs as the core of their party’s activist base, and not without good reason.

Both parties have activists who do the work needed to elect their candidates to office, like knocking on doors, collecting signatures and making phone calls. But the value of PCs and their role in that process is a bit different between the parties, said former Arizona Republican Party Chairman Robert Graham.

In Republican circles, that activism runs mostly through the PCs.

“Functionally and fundamentally, it can be the most effective appendage of the Republican Party when you’re talking about mobilizing activists and getting your ground game on,” Graham said.

On the Democratic side, there are PCs who do that work. But there are many other groups that Democratic candidates rely on as well. There are labor unions, advocacy groups like MoveOn and Indivisible, and others who often do the heavy lifting on campaigning and get-out-the-vote efforts.

“Dems are going to go work regardless of their status. Some of our best activists are not PCs. Some of our most active members in 2020 were not precinct committee members. We don’t need that title, like it seems some Republicans are just desperate for it,” said Steven Slugocki, former chairman of the Maricopa County Democratic Party.

Constantin Querard, a GOP campaign consultant who works closely with the party’s activist base, said Republicans always highlight the importance of the position when they recruit people to become PCs.

“When we do recruiting, that’s been the job description. We talk about it being the most important office in America because they are basically the functioning grassroots of the party,” Querard said.

PCs are important in the Democratic Party too. But Slugocki said Republicans are far more fixated on the title and have a “holier-than-thou” view of the position that Democrats lack.

Crystal Carrillo, the Democratic chair in legislative District 30, agreed that there are more outlets for activism on the Democratic side. Many Democrats don’t necessarily feel that the party speaks to them, and want to find ways to participate outside of official party channels. Many people feel jaded by the system, she said, and don’t view activism within the party as particularly important.

Due to the increased importance Republicans place on the position, the GOP puts a lot more energy into recruiting PCs than Democrats do, insiders say. The numbers speak for themselves. In Maricopa County, as of Feb. 4, there were 4,481 Republican PCs and only 1,854 Democratic ones. The more than two-to-one ratio far exceeds the GOP’s voter registration advantage over the Democrats in the county.

“PC recruitment has been a big part of leadership. From every faction of the Republican Party people recruit PCs because ultimately the chairman of the party is a messenger for the party,” said Lisa James, a longtime Arizona Republican activist and operative.

The fight for control

There’s another major way that PCs play a different role in the parties. Republican politics in Arizona have long been characterized by fierce intraparty battles by factions with clashing ideological viewpoints. And those factions traditionally fight for control of the party using PCs.

PCs elect the leaders of their legislative districts along with the state committee members who select the chairs of the Arizona Democratic and Republican parties. On the Republican side, different wings of the party have used their fights to assert control.

Oftentimes the fights are between the “grassroots” and “establishment” wings of the AZGOP. Supporters of libertarian Republican Ron Paul have at times made spirited pushes to increase their influence in the party. Donald Trump loyalist Steve Bannon is currently urging supporters of the former president to seize control of their local Republican parties at the precinct level.

People who view themselves as “purists” use the PC ranks to wage battles against others within the GOP whom they view as insufficiently conservative, often labeling them as RINOs — Republicans in name only.

“They really aren’t the purists they think they are, but they seem to just demonize and attack within the party. They just go after these people that don’t line up with what they define as a real conservative,” Graham said.

Those battles have been less pronounced among Democrats, at least in Arizona. In other states, such as Nevada, for example, left-wing supporters of Vermont U.S. Sen. Bernie Sanders have successfully fought for control of state Democratic parties.

“You’re seeing a battle within (the Republican) party amongst the radical right-wingers and the ones that are less radically right-wingers. There’s a battle about who’s going to take control. So I think that they all see this as an effort to do that,” said Sen. Martin Quezada, D-Glendale. “The Democratic Party, we’re not dealing with that as much. There’s always some infighting. But we are a big-tent party.”

Such incidents are rare among Democrats here, even as the party’s progressive wing grows in influence and flexes its muscles more. The Arizona Democratic Party recently voted to censure U.S. Sen. Kyrsten Sinema over her refusal to vote to end the Senate filibuster in order to advance voting rights legislation — the latest in a years-long series of frustrations Democrats have had over Sinema’s centrist voting record — but ideological battles rarely take on the kinds of characteristics seen in Arizona Republican politics.

Querard believes there’s another reason PCs are so much more important to Republicans than Democrats that reflects a fundamental difference in the way they view the world — the GOP is a grassroots-oriented party with a bottom-up philosophy, while Democrats are more comfortable with a top-down approach.

“People may not have liked what I was doing, but nobody thought I was screwing them over,” he said.

If there’s an inherently top-down nature to the party, it can often be seen in Arizona Democrats’ historic tendency to clear the primary field in big races.

Republicans have been the state’s dominant party for generations, and the thinking has often been that if Democrats are going to have a shot at winning statewide races here, they can’t afford to fight amongst themselves. So candidates often defer to the frontrunner in such races and pull out of the primary so the frontrunners can marshal their resources for the general election against Republican opponents who have voter registration numbers on their sides.

Slugocki acknowledged that Arizona Democrats tend to be more unified than the Republicans. That, he said, is out of necessity.

“We have to stick together, otherwise we’re done,” he said.

No incentive for Democrats to help

The wild variance in the importance that PCs have for the two parties means Democrats haven’t been inclined to help Republicans restore the elections for this year. The House and Senate have both passed bills to do so. But in order to enact a new law in time to actually hold PC elections this year, the bills need two-thirds supermajorities in each chamber. That means they need at least some Democratic votes. And so far, the Democrats have been uncooperative.

Ducey is widely expected to convene a special session of the legislature soon. The main issue on the agenda will likely be a plan to repeal last year’s historic income tax cuts and re-enact them with an increased implementation schedule. Not only will the full tax cuts kick in sooner, but Republicans would avert a statewide vote on the package in November.

Lawmakers also expect Ducey to include the PC issue as part of the special session call. Even some supporters, however, acknowledge that without at least four Democratic votes in the Senate and nine in the House, there isn’t much point in passing it. Unlike Republicans, Democrats aren’t facing the wrath of their PCs, and have little incentive to give their GOP colleagues a win on something that just isn’t as important to them.

Ruben Randall - March 4, 2022 0
Actor
Daniel Dae Kim is a versatile performer, as evinced by the stellar and wide-ranging credits to his name in his almost three decades...