Deion “Prime Time” Sanders is a retired professional football and baseball player. He currently serves as the head coach for the Jackson State University football team. For this piece, let’s take a closer look at Deion Sanders’ net worth in 2022. 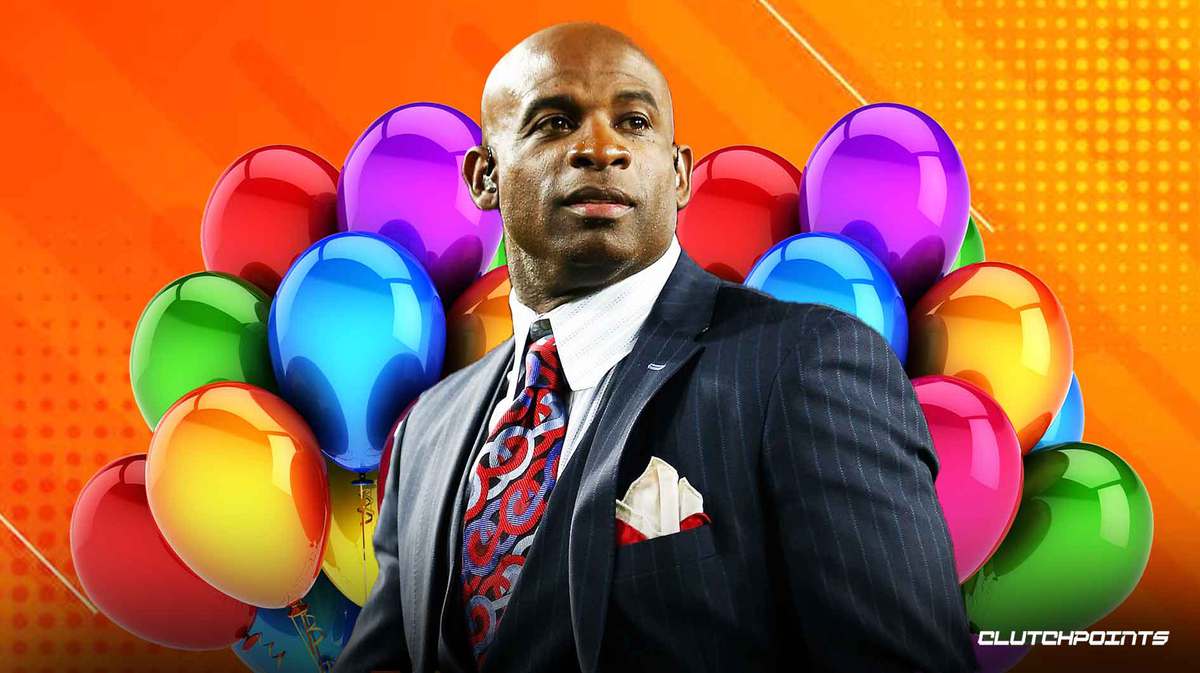 Deion Sanders’ net worth in 2022 is $40 million. This is according to outlets such as Celebrity Net Worth.

But instead of signing with the team, Sanders went on to attend Florida State University. Similar to his high school days, he played various sports. As a gifted athlete, Sanders shined in three sports. For track, Sanders led the track team to its 10th conference championship. On the other hand, as an outfielder for the baseball team, Sanders led the Seminoles to a fifth-place finish.

In terms of football, Sanders stood out. After four years in Florida State, Sanders earned All-American honors twice and the Jim Thorpe Award.

More often than not, athletes choose to play one professional sport. However, Sanders was different as he played two professional sports simultaneously. Although he initially didn’t sign with the Royals, Sanders got drafted again in the 1988 Major League Baseball Draft. He was picked in the 30th round by the New York Yankees. Shortly after, Sanders signed a one-year deal with the Yankees that paid him $60,000 for the summer. His deal also contained a $1 million insurance policy in case he sustained an injury.

See also  Gilbert Arenas Once Threw A $1 Million Birthday Party For 7,500 People To Get Himself A $40 Million Deal With Adidas

Speaking of football, Sanders viewed the sport as his “job” while baseball was his “hobby.” In the 1989 NFL Draft, Sanders was drafted as the fifth overall pick by the Atlanta Falcons. Although the Falcons initially offered him a deal worth $400,000, the multi-sport athlete rejected the offer and asked for $11 million. Eventually, Sanders settled for a five-year, $4.4 million deal.

As a professional baseball and football player, Sanders became the first and only athlete to accomplish a home run in MLB and a touchdown in the NFL in the same week. After his first summer with the Yankees, which saw him register a batting average of .234, 7 RBI, and two home runs, Sanders joined the Falcons. He’d eventually ink a fresh deal with the Yankees on a one year, $2.5 million contract.

Sanders played for the Falcons for five seasons. In Atlanta, he garnered three Pro Bowl appearances and three All-Pro selections. By 1992, Sanders signed a one-year extension worth $2 million. While his stint with the Falcons was productive, Sanders’ stint with the San Francisco 49ers was even more impressive. He joined the 49ers for the 1994 season on a one-year, $1.2 million deal. For the 49ers, Sanders tallied six interceptions and racked up a record-breaking 303 interception return yards and three touchdowns. Moreover, Sanders collected another All-Pro selection and a Pro Bowl appearance. Furthermore, he was also named NFL Defensive Player of the Year. But on top of these, Sanders helped lead the 49ers to a Super Bowl win.

On the other hand, after two seasons with the Yankees, Sanders joined the Atlanta Braves in 1991 on a one-year, $650,000 deal after being released by New York. For the Braves, Sanders helped the team make the World Series. He’s the only athlete in history to appear in a World Series and in the Super Bowl. By 1993, Sanders stayed with the Braves by inking a three-year deal that was reportedly worth $11 million.

See also  How Much American Actor Jamie Foxx Net Worth?

After Sanders wore the Cowboys uniform for five seasons, he was released by the team. As a free agent, Sanders chose to join the Washington Redskins on a seven-year contract worth $55 million that included a $8 million signing bonus. Although this was a long-term deal, Sanders chose to retire at the end of the 2000 season.

However, Sanders came out of retirement by joining the Baltimore Ravens for the 2004 season. Sanders inked a one year, $1.5 million contract for his final deal in the NFL. After the 2005 season, Sanders officially hung up his sneakers as a football player. With a decorated career in football. Sanders was elected into the Pro Football Hall of Fame in the Class of 2011.

While Sanders has retired from baseball and football altogether, he has remained close to football in his post-playing days. Sanders worked as a NFL analyst and had a salary of $1 million. However, he eventually left the network in 2020, despite being offered to double his salary.

Aside from being an analyst, Sanders also worked as a head coach in the amateur football landscape. To start the 2020-2021 season, Sanders was named as head coach for Jackson State University. The Hall of Famer signed a four-year, $1.2 million deal. Right from the get-go, Sanders immediately made an impact. He stirred the Tigers to the SWAC title. In the process, he was also named SWAC Coach of the Year and the recipient of the Eddie Robinson Award.

There’s no doubt that Deion Sanders is one of the best two-sport athletes we’ve ever seen. Nowadays, he’s also finding success as the main tactician on the bench.

Nevertheless, were you at all stunned by Deion Sanders’ net worth in 2022?