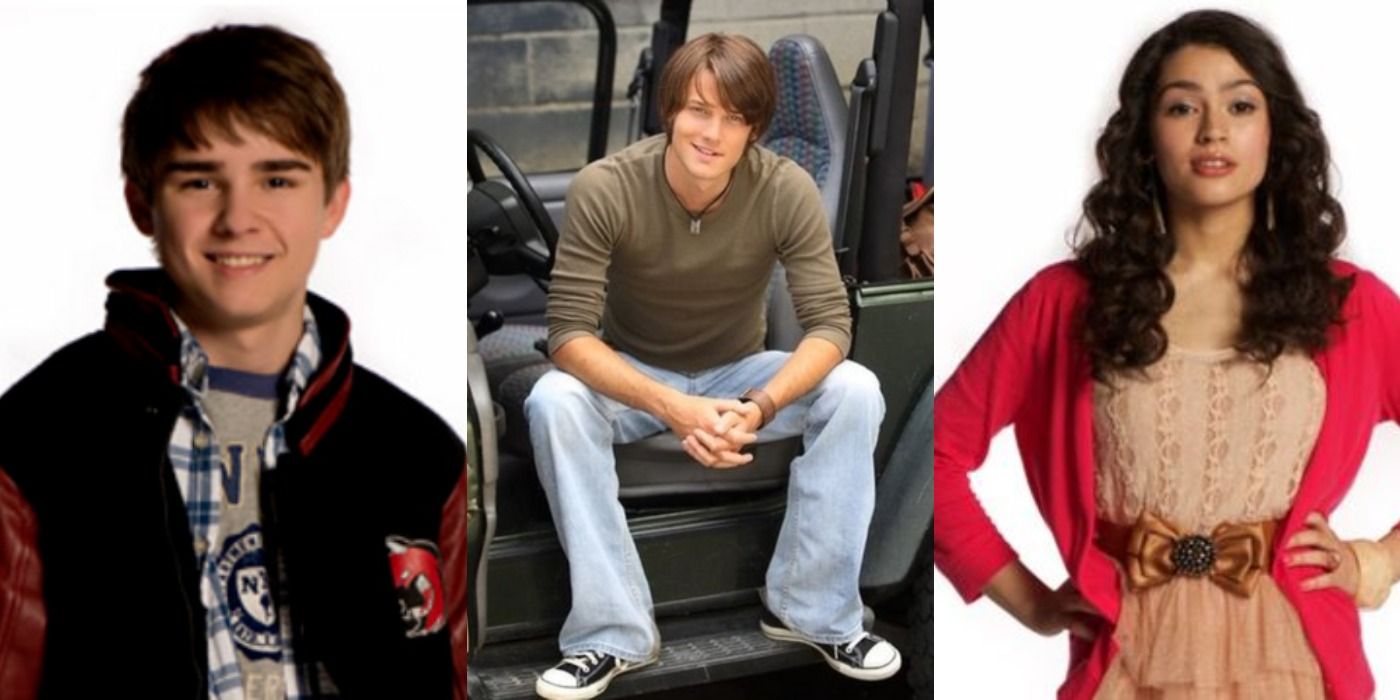 Degrassi: The Next Generation has several seasons, and dozens of characters come together in the cult teen dramedy. Audiences remember some of Degrassi TNG’s most likable main characters like Manny Santos and Craig Manning. Characters like these go the distance in showcasing main plots for many seasons.

However, some characters don’t get so lucky. Over the course of Degrassi: TNG, some characters begin in main roles before they are abruptly removed or fade away into guest or supporting recurring roles. Some of these personalities are more memorable than others.

Marisol is a memorable main character in Degrassi: TNG, and it might surprise fans to know she is one of the shortest-lived main characters in the series. Audiences perhaps remember her as Katie Matlin’s snarky friend. Others might recall she has a fling with K.C. Guthrie, even when he is still involved with Jenna Middleton.

Marisol might stick out in Degrassi: TNG fans’ memories as much as the kitschy uniforms at Little Miss Steaks, but Marisol doesn’t stick around in the spotlight for very long. She only appears in the series as a main character for two seasons. She is in the focus for Seasons 11 and 12 and is a reoccurring character in season 10.

Fans of Degrassi TNG perhaps remember Jake from his prominence in the latter half of the series. He dates Clare Edwards, and things get awkward when he moves in with her family when his dad dates her mom. He has a tumultuous relationship with Katie Matlin and a bromance with Eli Goldsworthy and Mo Mashkour.

RELATED: Which Teen Drama Are You Based On Your MBTI®

Jake may give many plotlines during his time on the show, but he only appears for two seasons of the 14-season long cult hit. He enters the show as a main character in Season 11 but is gone by the end of Season 12.

Mo is one of the more unique characters to come out of the last few seasons of Degrassi: TNG. He is a popular goofball but has trouble with romance until things begin to work out between him and Marisol. He is a musician and helps bring WhisperHug together. Perhaps his most dramatic arc comes when he hides his diabetes from Marisol.

However, as memorable of a character Mo might be, he doesn’t last long on the series. He has a small role as a guest character in season 9. Then, he disappears only to return as a main character in Season 11. However, like Jake, he is gone by the end of Season 12.

Cassie Steele’s Manny Santos is one of Degrassi: TNG’s most popular characters. Her sister Alex Steele plays Tori. Tori is showcased alongside her best friends Maya Matlin and Tristan Milligan, as well as her boyfriend Zig Novak. However, Tori seems to leave as quickly as she comes on the series.

RELATED: 15 Degrassi Memes That Will Split Your Sides

Tori doesn’t spend any time on Degrassi: TNG in a supporting or guest role. However, like Jake and Mo, she appears only in Seasons 11 and 12. Her most memorable arcs involve the love triangle that develops between her, Maya, and Zig.

Fans of the latter half of Degrassi: TNG remember Campbell’s arc as a time when the show tackles deep issues. He is presented in the spotlight during his time in the series. He transfers to Degrassi and has a hard time handling the pressures of being a hockey star. He also has a memorable romance with Maya Matlin.

However memorable Campbell’s plotlines are, he is one of the series’ most short-lived central students. He is introduced as a main character but is presented only in Season 12. Unlike many characters who seem to fade out of the story, Campbell meets an abrupt and tragic end.

Perhaps only die-hard Degrassi: TNG fans remember Blue. He is introduced as a main character and is even showcased in the opening credits during his seasons. Blue is likely remembered for his main arc having to do with a budding romance with Holly J. Sinclair.

Blue is one of the shortest-lived main characters in Degrassi: TNG. While he does appear in two seasons, he only shows up in eleven episodes. He debuts in Season 8 but leaves the series by the end of Season 9.

Kelly is a unique Degrassi: TNG character in that unlike nearly all the main teens showcased in the series, he never attends Degrassi. Emma Nelson, Liberty Van Zandt, and Manny Santos meet Kelly after they graduate from Degrassi and start attending Smithdale University.

Fans perhaps remember Damian in some of the original main characters’ final days at Degrassi. He is showcased in plotlines concerning Manny, Emma, and Liberty. He becomes romantically involved with all three, eventually going to prom with Emma.

However, he sneaks off with Liberty at the event, leading to their breakup. Their relationships perhaps don’t come to fans’ minds as the worst or best featured in Degrassi: TNG. Damian appears as a guest character in Season 6 before he is showcased as a main character in Season 7. He is gone by the end of Season 7, and only appears in 9 full episodes during his run on the show.

NEXT: 7 Best Canadian Teen Sitcoms That Are Still Popular Today

The Batman Has A Unique Take On The Superhero Genre, Says Paul Dano


Alex Gentile is a Senior Writer and Editor at Screen Rant. Having earned a BA in Comparative Literature & Film Studies, he has always had a passion for writing about film with a close analytic voice. However, his academic background hasn’t stopped his writing from growing to a larger spectrum, from pretentious art-house epics to addictive reality TV schlock. He has written independently and for publications, after having fine-tuned his short-form writing by creating descriptions for releases from his independent record label for more than a decade. Alex is drawn to content focused on thrills, whether it be suspense films with substance or pulp TV series with all the drama.

How Arnold Schwarzenegger Reacted After Son Patrick Showed Him Pics From...

Ruben Randall - June 22, 2022 0
Actor
Arnold Schwarzenegger has many kids who are living their adult life in and out of Hollywood, but a couple of his sons have...

Ironheart Actor Reveals How Much Of The Mark-1 Was A Practical...