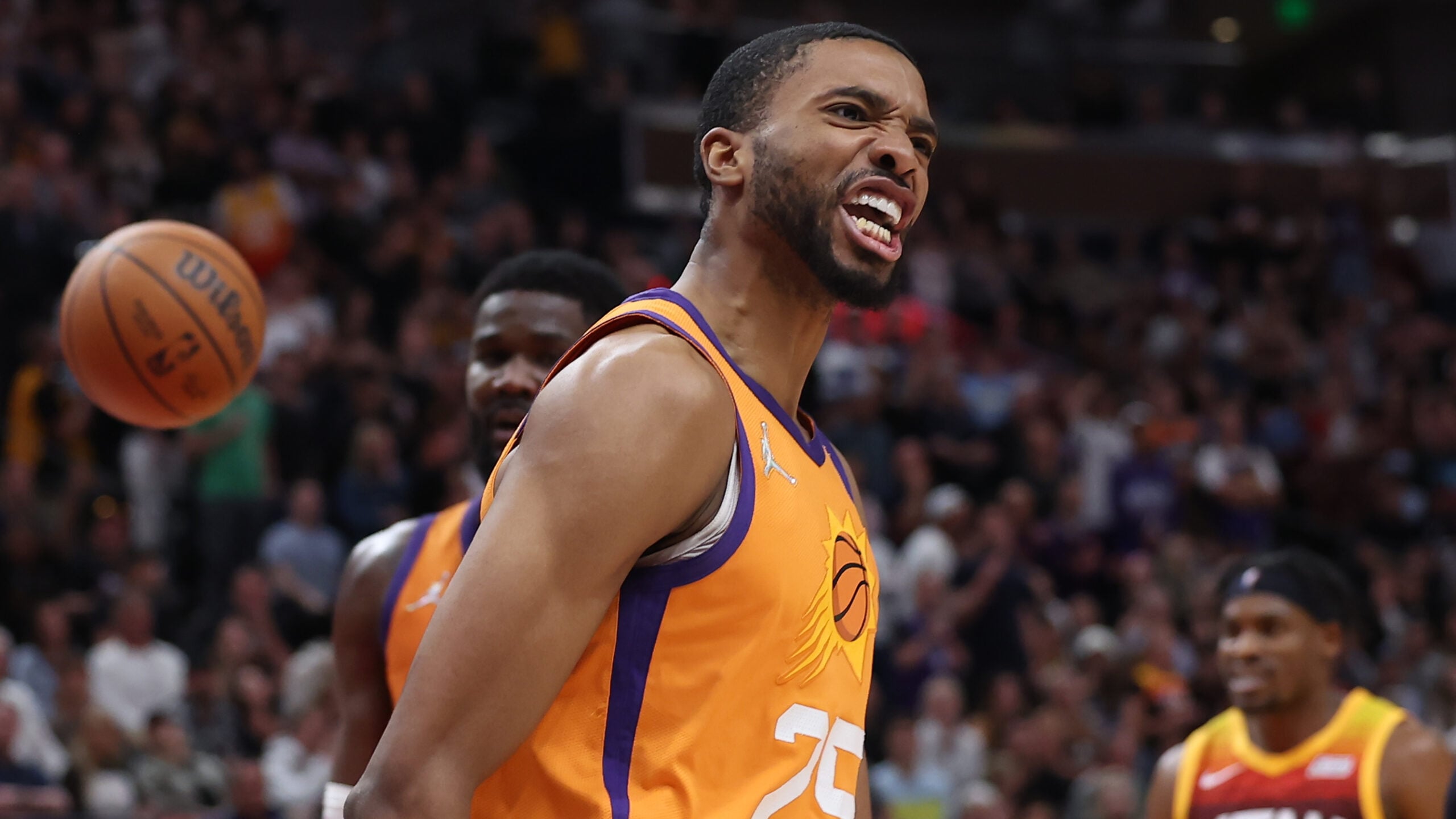 The Suns’ lockdown defender finishes the season on top of the Defensive Player Ladder.

In the first of what will be several days of NBA Awards ballot reveals, here is a look at the votes and rationale for Kia Defensive Player of the Year, as one voter sees it, plus picks for All-Defensive First and Second Team:

The Phoenix Suns’ 25-year-old forward established himself in his fourth NBA season as the league’s peskiest bird of prey. On the team with the No. 1 record, Bridges is the guy assigned – not just matched up by position – to guard the other teams’ most prolific scorers.

If enough voters agree, Bridges will become the smallest player (6-foot-6, 209 pounds) to be named DPOY since Seattle guard Gary Payton (6-foot-4, 180) 26 years ago. And only the ninth of what would be 24 winners (across 40 years) who didn’t play primarily in or near the paint.

It’s worth remembering that five of the first six DPOY awards, and seven of the first nine, went to guards or wings. Only Utah’s massive Mark Eaton (7-foot-4, 275) got in there twice with the likes of Michael Jordan, Michael Cooper, Alvin Robertson and Sidney Moncrief, who won the first two DPOYs in 1983 and 1984.

A run of big men such as David Robinson, Hakeem Olajuwon and Dikembe Mutombo transformed how a lot of people, including voters, looked at the award. Balloting started to favor blocked shots, rebounds and intangibles such as altered or discouraged field-goal attempts. Also, as the MVP shifted away from several decades of dominance by low-post centers, the DPOY informally began to be regarded as something for the big guys to win.

Yet here we are in 2022, with NBA style of offense moved to the perimeter like never before. Why wouldn’t an on-ball defender merit top DPOY consideration?

“The amount of times a big has won over a guard is just crazy,” Bridges told Yahoo Sports recently. “I think people take it for granted how tough it is to guard the top perimeter players in this league and not be able to really touch them because they’re going to get the foul call. … These guards are shooting off ball screens, they get isos with the offense spaced out and a lot of shooters on the court. You’ve got to guard these matchups one-on-one.”

It’s a different type of defense, based on denial and more active than reactive. Bridges’ approach, like other ball hawkers, isn’t to swat, alter or reclaim a shot once the offensive player unleashes it. Rather, it’s to deny the ball entirely to his man, eat up the shot clock, and force a pass or a hurried, inferior shot, all without fouling. Against the likes of Steph Curry, Luka Doncic, James Harden, LeBron James, DeMar DeRozan and so on.

The Suns’ wiry wing does it tirelessly, logging the most court distance defensively on a nightly basis. And we do mean “nightly” – Bridges was one of a handful players who appeared in all 82 games this season and, in fact, he hasn’t missed a game yet since arriving from Villanova as the No. 10 pick in 2018.

On a Phoenix team that ranked third in defensive rating (106.8) and first in net rating (7.5), none of his teammates played more than 68 games. Those scorers Bridges guarded, they never got a night off, though many had an off night.

Bridges did it all without drawing cheap whistles – he averaged only 1.8 fouls. And his offensive development – career highs of 14.2 points on 10.5 shots – meant he wasn’t letting his man rest on the other end. That drains energy from that opponent’s offense.

The Mikal Bridges case for DPOY. 📊

Voting Gobert second wound up as a mix of resisting voter fatigue – so what if the Jazz center had won three of the previous four DPOYs? – while factoring in his team’s diminished results. Utah wound up 10th in defensive rating, nine in opponents’ field-goal percentage and slid from the West’s best record last season to the fifth seed now.

Smart checks a lot of the boxes Bridges does as a defender, while using a lower center of gravity and more strength. But he had a big-time All-Defense-worthy helper in Robert Williams III. And Boston’s defense, like its season, was split into two parts. Through Dec. 31, the Celtics’ ranked ninth defensively, before they climbed to No. 1 by the end.

As far as stellar defenders such as Draymond Green and Bam Adebayo, they weren’t on the floor enough to justify a vote for this or any annual award. Neither played in 58 games, which represents 70 percent of the 82-game regular season schedule, which the NBA uses as its threshold for crowning statistical champions – scoring and rebounding titles, for example. So it seems perfectly reasonable as a cutoff for its major honors.

My own standard goes like this: You don’t get on an award ballot or merit first-team consideration if you don’t participate in 70 percent of your team’s games. Yeah, injuries stink. But in this age of skipping nights on back-to-backs and resting when generally healthy (even with the term “load management” suppressed), there’s more than ever to be said for showing up.

Bridges, much to the chagrin of his opponents, always shows up.

Now, my picks for All-Defensive teams.

Steve Aschburner has written about the NBA since 1980. You can e-mail him here, find his archive here and follow him on Twitter.

The views on this page do not necessarily reflect the views of the NBA, its clubs or Turner Broadcasting.

House of the Dragon’s Olivia Cooke Shined in Me & Earl & the Dying...