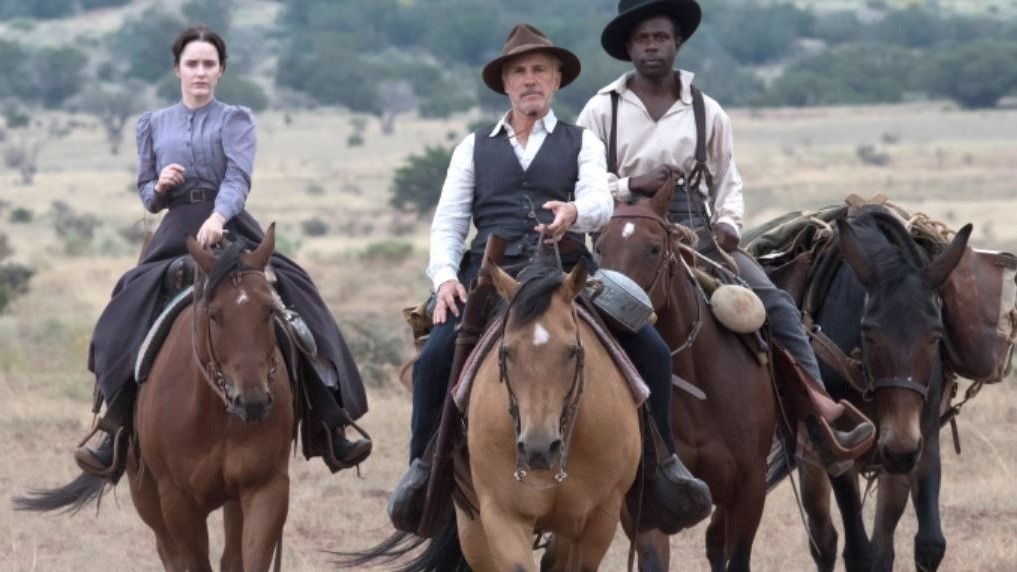 The resurgence of the western continues with another star-studded entry, Dead for a Dollar, featuring the likes of Christoph Waltz, Willem Dafoe and Rachel Brosnahan.

While the western may only pop up on the big screen every so often (Dead for a Dollar looks like one of the lone entries among 2022’s new movies), we still get hits like 2021’s The Harder They Fall. TV also has embraced the western, both traditional stories like 1883 or the upcoming The English, and neo-westerns such as Yellowstone.

Dead for a Dollar has the look of a classic-style western. So if that has you excited, here is everything you need to know about the movie.

When is the Dead for a Dollar release date?

Dead for a Dollar arrives in movie theaters and digitally on-demand on September 30 in the US. There is no information on when the movie is going to be available for UK audiences at this time.

Before its release to the public, Dead for a Dollar is screening as part of the 2022 Venice Film Festival.

What is the Dead for a Dollar plot?

Co-written by director Walter Hill (Aliens, 48 Hrs.) and Matt Harris, here’s the official synopsis for Dead for a Dollar:

“Veteran bounty hunter Max Borlund is deep into Mexico where he encounters professional gambler and outlaw Joe Cribbens – a sworn enemy he sent to prison years before. Max is on a mission to find and return Rachel Kidd, the wife of a wealthy businessman, who as the story is told to Max, has been abducted by Buffalo Soldier Elijah Jones. Max is ultimately faced with a showdown to save honor.”

Who is in the Dead for a Dollar cast?

After playing a bounty hunter in Quentin Tarantino’s Django Unchained, Christoph Waltz is once again a hired gun, playing the role of Max Borlund. Willem Dafoe, who plays villains so well in movies like Spider-Man: No Way Home and Shadow of the Vampire, plays the outlaw Joe Cribbens. The Marvelous Mrs. Maisel star Rachel Brosnahan, meanwhile, takes on the role of Rachel Kidd, whose story is a bit more complicated than initially believed.

While that headlining trio is an enticing one on its own, there’s a strong supporting cast rounding out Dead for a Dollar. That includes Brandon Scott (Dead to Me, 13 Reasons Why) as Elijah and Benjamin Bratt (DMZ, Miss Congeniality) as Vargas and Hamish Linklater (The Big Short, Midnight Mass) as Rachel’s husband. The full cast list is available on IMDb (opens in new tab).

Is there a Dead for a Dollar trailer?

In the official Dead for a Dollar trailer, Willem Dafoe is unsurprisingly a standout, but Rachel Brosnahan also shines. The rest offers a sweeping score and some fun-looking shootouts. What more could you want? Take a look below:

Dead for a Dollar reviews — what the critics are saying

Dead for the Dollar has screened for those in attendance at the Venice Film Festival. Here are some of the early reactions and reviews:

Walter Hill’s DEAD FOR A DOLLAR is one of the handful of morally serious films of the last decade, grave, elegant, worthy of its dedication to Budd Boetticher.#Venezia79September 6, 2022

Who is Dead for a Dollar director Walter Hill?

Walter Hill is a Hollywood veteran that made his name in the 80s, but who’s been working more sparingly in recent years, which makes Dead for a Dollar an exciting entry.

Some of Hill’s most famous directing credits include The Warriors, 48 Hrs., Brewster’s Millions and Bullet to the Head. Hill is quite familiar with the western genre though, having been behind the camera for movies like Geronimo: An American Legend, Wild Bill and an episode of TV’s Deadwood.

Hill is also well known as a writer, penning many of the movies he directed, as well as Aliens and Aliens 3.