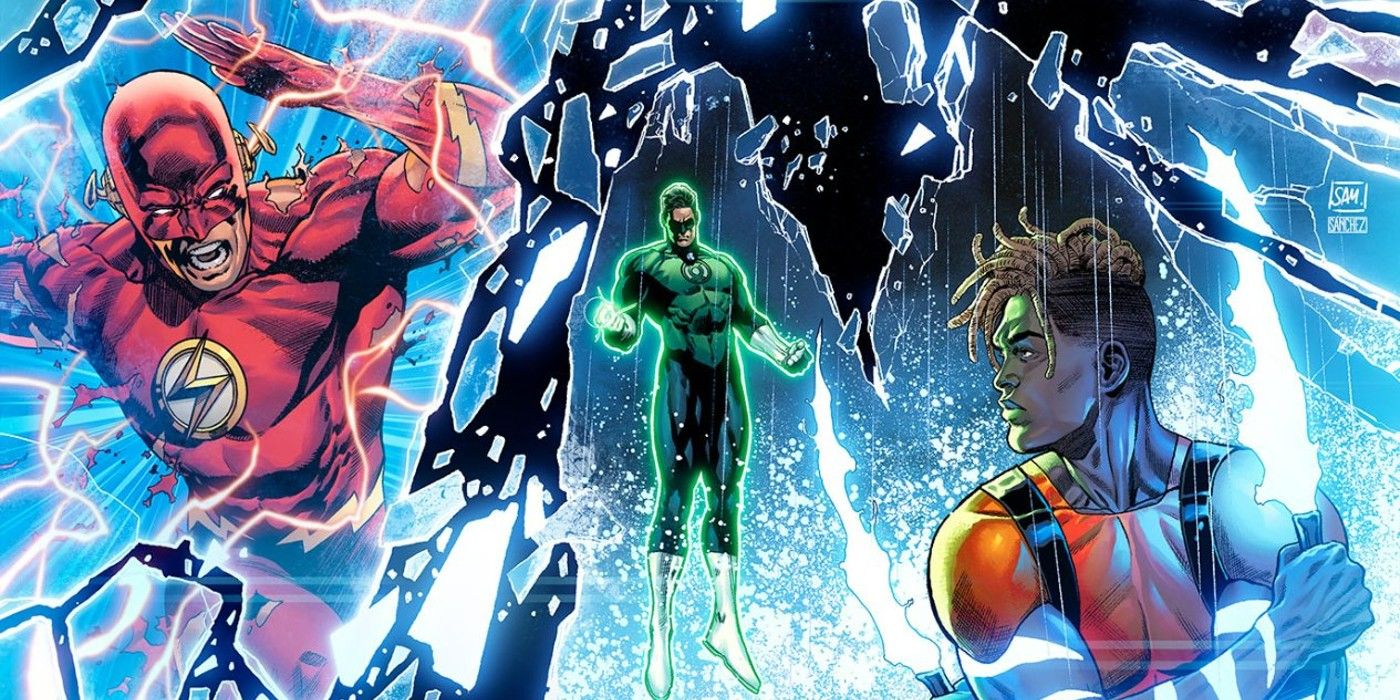 The author of DC’s “Dark Crisis,” Joshua Williamson, promises that the event will be “a love letter to the ever growing DCU” not just doom and gloom.

The recent announcement by DC Comics that its next major crossover event will be titled Dark Crisis has caused some fans to worry that it will be overly dark and gloomy. Dark Crisis will spin out of the upcoming “Death of the Justice League,” and continue the publisher’s trend of placing the word “Crisis” into its events. However the author of the upcoming event, Joshua Williamson, recently took to Twitter to share some preview images of Dark Crisis and to promise fans, “It’s NOT going to be doom and gloom, it’s going to be a fun roller coaster featuring all the heroes you love.”

Ever since the legendary 1985 Crisis on Infinite Earths, the DC Universe has periodically experienced huge title-spanning events that force the heroes of the universe to come together to defeat a major evil. These crossovers have included Infinite Crisis, Flashpoint, Final Crisis, Blackest Night, Dark Nights: Metal, and most recently Dark Nights: Death Metal, one of DC’s darkest and most depressing plots to date. Not everyone is a fan of the way that The Dark Knight and Zack Snyder’s Batman Vs. Superman movies have shifted DC Comics into a darker, and more introspective place. This is not to say that “doom and gloom” is a bad thing by any means, it creates tension, drama, and high stakes, but it seems fans are wary about another “Crisis,” because it feels like the universe just went through Death Metal before landing in the current Infinite Frontier era.

Related: DC’s Newest Encyclopedia is a Must-Have For New Fans

Dark Crisis – a collaborative effort between writer Joshua Williamson, artist Daniel Sampere, colorist Alejandro Sánchez, and letterer Tom Napolitano – will be a monthly event released over seven issues that starts with a free issue #0 on May 7th for Free Comic Book Day. Writing on Twitter, perhaps in response to some fans anxiety about another “dark” event coming so soon, Williamson is reassuring readers that Dark Crisis may have a Multiversal Crisis as its foundation, but the heart of the event will really be about legacy, relationships, reunions, and celebration of the wonder that is the DC Universe.

See also  THE FORGIVEN (2021) Movie Trailer: Ralph Fiennes & Jessica Chastain Deal with The Consequences of a Tragedy at a Lavish Party

This is the first page of DARK CRISIS #1. We open the issue here because I wanted to show from the start what this story was about. That out of darkness came a light that gave birth to one of the greatest legacies in comics. pic.twitter.com/fjS4qACppn

Specifically, while sharing gorgeous preview images for Dark Crisis, Joshua Williamson had this to say:

This is the first page of DARK CRISIS #1. We open the issue here because I wanted to show from the start what this story was about. That out of darkness came a light that gave birth to one of the greatest legacies in comics.

The Generational history. The Classic Heroes. The Legacy Heroes. The Sidekicks. The Families. All aspects that I love about the DC Universe, and I wanted to tell a story about why those pieces are important and crucial to DC.

An epic battle of good vs evil. Heroes vs villains. Big surprises, reunions, the return of lost heroes. As much as this event will have a massive cast & fight scenes, it’s really about showing the heroes’ relationships with each other as they are faced with an impossible Crisis.

Dark Crisis is a love letter to the ever growing DCU. To celebrate the characters and the relationships that we’ve seen built over DC’s great history.

It’s NOT going to be doom and gloom, it’s going to be a fun roller coaster featuring all the heroes you love.

One of the main highlights of Dark Crisis is working with Daniel and Alejandro. They are doing breathtaking work on this series.

All of this art is from Dark Crisis #1 art by @Sampere_art & @loquesunalex.

Dark Crisis is a 7-issue series that spins out of JUSTICE LEAGUE #75 “DEATH OF THE JUSTICE LEAGUE ” and connects all the story threads across the DCU since Infinite Frontier #0 in a major way. Unifying the new legacy of the DCU as we honor the classic. You can’t miss it!

A major event that unifies some of the seemingly disconnected plots that have developed since Infinite Frontier #0 sounds like something that any fan should be excited for, and Williamson’s emphasis on the events focus on legacy, love, and finding light in the darkness shows that Dark Crisis may be way less miserable than the name makes it out to be. DC Comics has not released too many details about the event, partially because the main road to the event, “Death of the Justice League” in Justice League #75, has not debuted yet. However DC has revealed that the plot will focus on the character Pariah, a long-dead character from Crisis on Infinite Earths whose home world was destroyed. He will somehow bring his world back in a way that involves The Great Darkness, a being that has been tied to all prior big crisis events in DC’s history. Hopefully, just like DC’s Blackest Night led directly into the hopeful Brightest Day, so too will the the threat of The Great Darkness turn into a Great Light.

Major comics events like Dark Crisis are often years in the making, and fans should trust Williamson and his amazing team of artists and collaborators to create an event that is just as moody, dangerous, and heartbreaking as it is inspiring, exciting, and surprising. With the apparent deaths of the major Justice League members, it seems like the next generation of heroes like Jonathan Kent, Yara Flor, and Jace Fox will need to step into the shoes of their predecessors throughout Dark Crisis, hopefully living up to the names that they all now claim. Make sure to check out DC Comics upcoming “Death of the Justice League” before snagging Dark Crisis #0 when it debuts on Free Comic Book Day, May 7th, followed by the the one-shot Justice League: Road to Dark Crisis #1 on May 31st.

Lex Luthor’s Harley Quinn Is Her Most Pointless Variant


Alex Schlesinger is a freelance Comics News writer for Screen Rant. While his career is in social work, one of his biggest passions is reading and writing about comic books. While Alex loves to write about all things comics, the X-Men will always hold a special place in his heart.

It’s just unbelievable how Lisa Marie Presley lose all the Elvis millions. At the...

Samuelson and Friedman — a rivalry that echoes down to the present