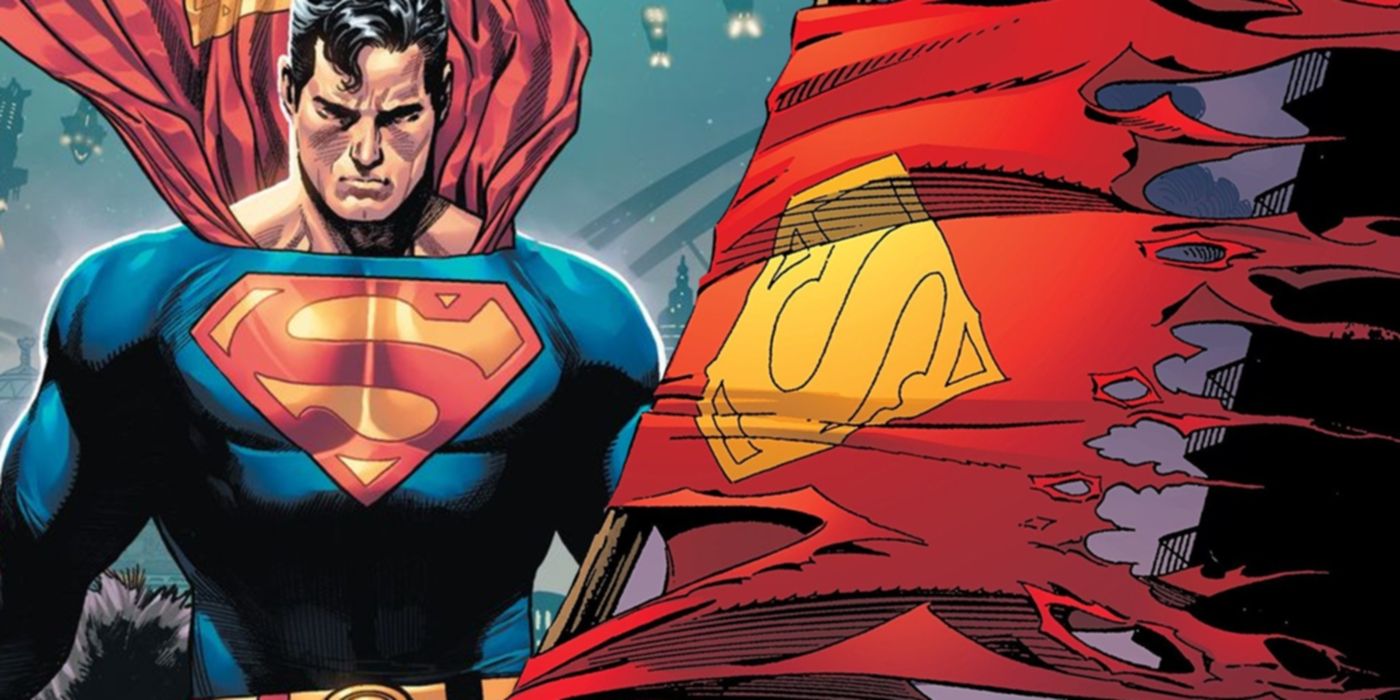 One of Superman’s darkest moments almost got a hilarious gag cover from DC Comics, as artist Steve Lieber recently revealed unpublished art poking fun at the Death of Superman for his Superman’s Pal Jimmy Olsen series. The cover, which used the iconic black and red polybagged cover from the issue commemorating the ’90s death of Superman, gets a small rework in the art, as Olsen’s name drips alongside the Man of Steel’s iconic logo.

The Death of Superman represents one of the most feverish, bloated times in the comic book industry, as DC Comics hinted it would permanently kill Superman, leading to a media storm and renewed focus on the Man of Steel’s stories. The crossover event sold millions of copies, while the story itself, which introduced new characters such as Doomsday, Steel, and Cyborg Superman, was met with mixed reviews from critics and readers. In the end, Superman’s death would be anything but permanent, as he would return to Earth and save the day. DC Comics would later celebrate the storyline’s 30th anniversary, but before then, The Death of Superman almost got a hilarious unpublished parody cover.

Related: The Death of One ‘Evil Superman’ Led To the Birth of All Superhero Comics

On his Twitter account, artist Steve Lieber shared an unused cover for his humor series, Superman’s Pal Jimmy Olsen, which transforms the iconic Death of Superman polybagged cover. In the image, Superman’s bloody symbol remains, but the S is used to spell out Olsen’s last name, as the text below reads, “Funeral for a Pal.” While the gag cover was unused, it would have perfectly fit the meta nature of the series by Lieber and Matt Fraction.

Superman’s Pal Jimmy Olsen wasn’t afraid to poke fun at DC Comics history, as the Death of Superman cover wasn’t the only cover gag that went unused. Steve Lieber admitted early this year that he really wanted to do a tribute cover of the iconic Superman vs. Muhammad Ali fight featuring Olsen, but the crowd would only feature the famous faces in the crowd that were still alive. The image would have starred Olsen fighting an alien warlord from the series.

While the Death of Superman gag cover went unused, it’s fun to see the concept a couple of years after Superman’s Pal Jimmy Olsen concluded. Matt Fraction and Steve Lieber’s Eisner Award-winning series was hilarious and chaotic in the best way, so the cover would have fit perfectly with the absurdist storylines of the comic. It’s a shame the cover was unused, but who knows, may a future collection of the humor comic will feature the best unused covers and concepts, including the Death of Superman, as a nice extra inside.

Next: Joker Is Repeating His Darkest Kill on Superman’s New Sidekick

The January 6 Committee and the Paranoid Style