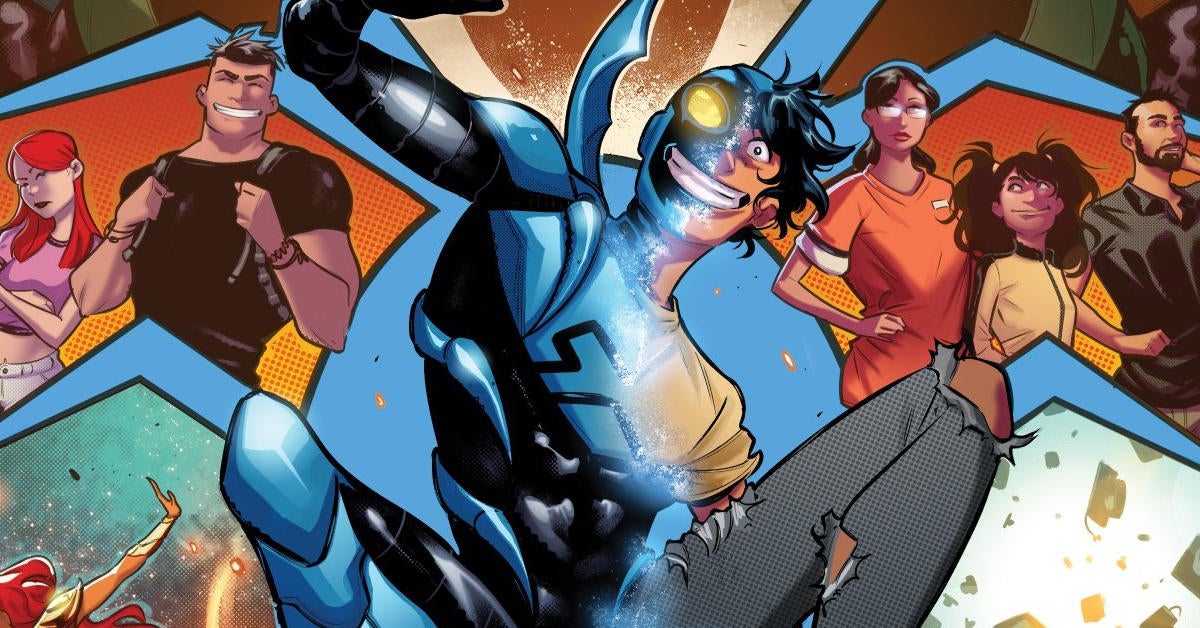 DC is currently on the second year of its Round Robin contest, which allows fans to vote on which potential comic title could ultimately become a reality. The 2021 contest led to the publisher’s recent Robins miniseries — but apparently, it won’t be the only title from the proceedings to get published. On Thursday, DC announced that Blue Beetle: Graduation Day, which was one of the previous runners-up from Round Robin 2021, will actually be published. Editor Andrew Marino also teased that “more Blue Beetle news” will also be arriving soon.

Written by Josh Trujillo with art by Adrián Gutierréz, Blue Beetle: Graduation Day will follow Jaime Reyes is directionless, while trapped between heroics and his future. When the Reach interrupt Jaime’s high school graduation, things only get worse. Starfire becomes a new mentor to Blue Beetle, but is it Jaime or the Scarab that’s really in the driver’s seat? And why hasn’t Jaime applied to any colleges?

The news comes amid the fact that DC’s Blue Beetle movie has had forward momentum across the past year, with the live-action project currently poised to debut in theaters in August of 2023. The Blue Beetle film will follow Jaime Reyes (Xolo Maridueña), who in the comics is the third character to take on the role of Blue Beetle following the death of Ted Kord. The cast will also include Susan Sarandon as Victoria Kord, Bruna Marquezine as Penny, Belissa Escobedo, George Lopez, Adriana Barraza, Elpidia Carillo, and Damián Alcázar as members of Jaime’s family, and Harvey Guillen in a currently-unknown role.

“This is really gonna be a stepping stone in my life,” Maridueña shared in an interview earlier this year. “I’ve gotten the chance to build chemistry with these people over the years on Cobra Kai. To try to recreate that chemistry in a much shorter amount of time is gonna be difficult, but all of these guys are professionals. I know that I’m in the hands of people who are the best at what they do. The opportunity at Cobra Kai has really blessed me; I can do stunts, we can do crazy stuff. Adding this new level of green screen and suits and CGI and all of this will add a whole new crazy level to it that I’m so excited for.”

What do you think of DC reviving it Blue Beetle series from Round Robin 2021? Share your thoughts with us in the comments below!

The Blue Beetle movie is set to be released in theaters on August 18, 2023.