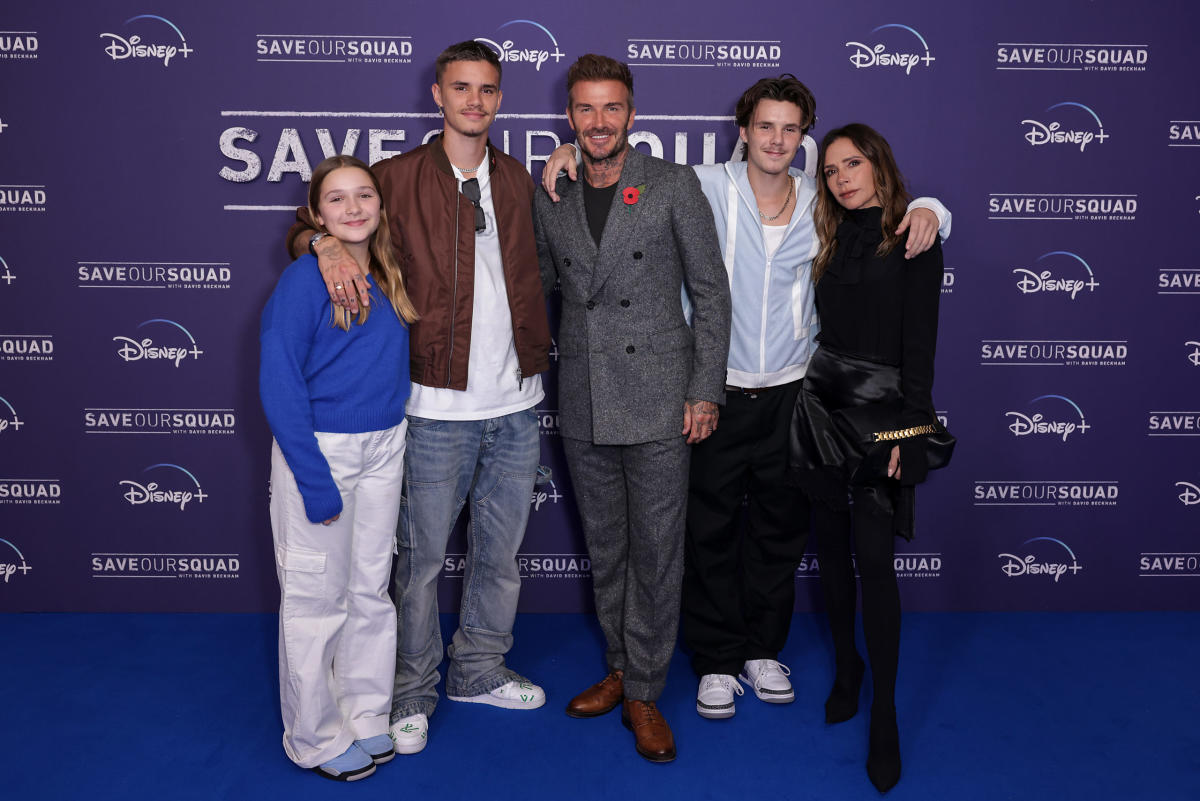 David Beckham is returning to his roots – literally.

The footballer is set to release a new Disney+ show, “Save Our Squad with David Beckham”, on November 9.

In this heartwarming series, David Beckham travels to his childhood roots in East London, where he will help mentor and train the Westward Boys, a young soccer team at the bottom of their league and facing relegation. The best part? This was actually the same league that David himself played in as a young boy. David will work alongside the team’s head coaches in an attempt to put this team back on top.

At the London screening for “Save Our Squad” on November 1, David was showered with support. His wife, Victoria Beckham, as well as their three youngest children, Harper, Romeo, and Cruz, were by his side.

Victoria shared her support for David on Instagram, sharing an adorable photo of the family on the red carpet. “I couldn’t be prouder,” she said of her husband. “I was totally blown away and emotional this evening watching the screening of #SaveOurSquad.”

Brooklyn Beckham and his wife Nicola Peltz were not at the screening. The couple married earlier this year, but recently took to Instagram to mark three years of being together. Brooklyn had this to say about his wife: “Can’t believe it’s been 3 years, I feel like I have known you my whole life. Happy anniversary to my other half, my best friend and to my gorgeous wife x could not live this life without you.”

Marvel boss Kevin Feige throws his support behind one actor in contention to play...