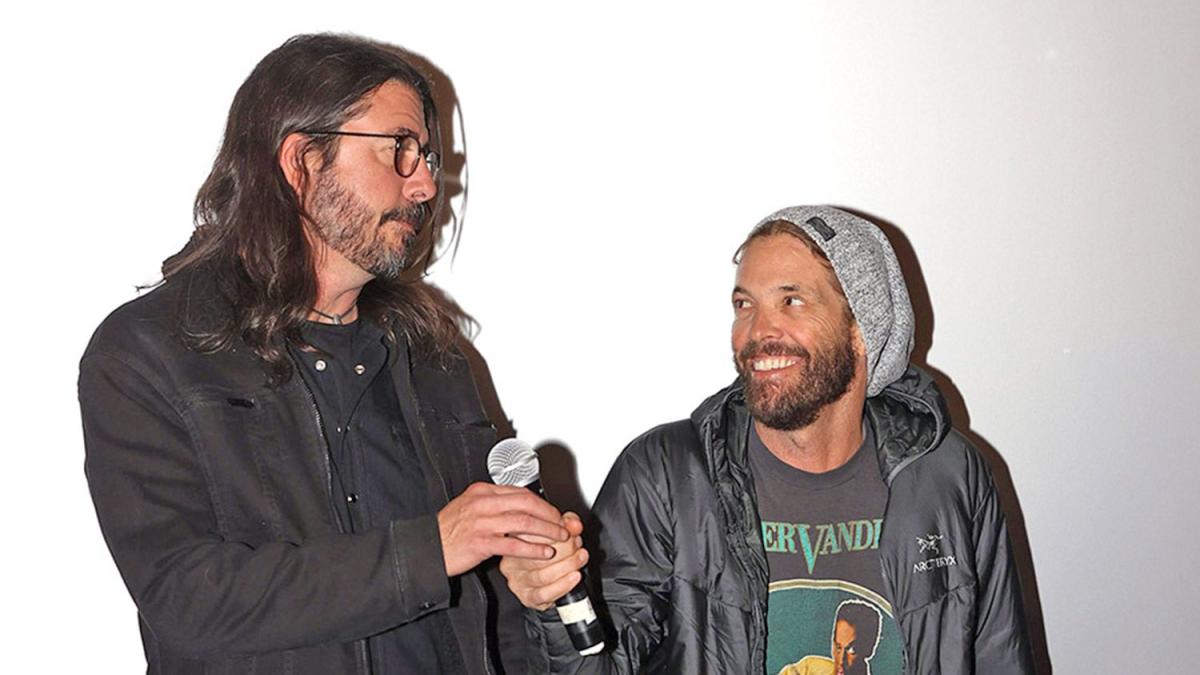 On Saturday, Foofighters was joined by a slew of other celebrities including Dave Chappelle, Elton John, Jason Sudeikis, Liam Gallagher, Paul McCartney, and more, to honor and celebrate the life of the band’s late drummer, who died unexpectedly in Colombia earlier this year.

Opening the star-studded event, which took place at the Wembley Arena in London, Grohl, 53, delivered an emotional speech to pay his respect to Hawkins.

“Ladies and gentlemen, tonight we’ve gathered here to celebrate the life, the music, and the love of our dear friend, our bandmate, our brother Taylor Hawkins,” he said in a clip uploaded to YouTube. “For those of you who knew him personally, you know that no one else could make you smile or laugh or dance or sing like he could. And for those of you that admired him from afar, I’m sure you’ve all felt the same thing.”

Grohl continued, “So tonight, we’ve gathered with family and his closest friends, his musical heroes and greatest inspirations, to bring you a gigantic f—ing night for a gigantic f—ing person.”

“So, sing. And dance. And laugh. And cry and f—ing scream and make some f—ing noise, so he can hear us right now,” he added. “‘Cause you know what? It’s going to be a long f—ing night, right? Are you ready?”

During a performance from Gallagher, the iconic frontman took the place of his late bandmate, hitting the drums set while the vocalist belted out one of Oasis’ hits, “Live Forever.”

Later in the show, as Grohl took the stage to perform his band’s classic “Times Like These,” he couldn’t help but break down in tears mid-performance while the audience continued to cheer on him to show their support.

Hawkins died on March 25 in Bogotá, Colombia, shortly before a scheduled music festival performance, after complaining of chest pains in his hotel.

Ten different substances were found in a preliminary urine toxicology test, including THC, tricyclic antidepressants, benzodiazepines, and opioids, according to the Attorney General’s Office of Colombia. He was 50 years old.

The friendship between bandmates Hawkins and Dave Grohl went far beyond just music. Hawkins called Grohl his “f—in’ life partner” in a recent chat with Entertainment Weekly prior to his death.

In his memoir The Storyteller, Grohl described the drummer as “my brother from another mother, my best friend, a man for whom I would take a bullet.”

“Upon first meeting, our bond was immediate, and we grew closer every day, every song, every note that we played together. I am not afraid to say that our chance meeting was a kind of love at first sight, igniting a musical ‘twin flame’ that still burns to this day,” he wrote. “Together, we have become an unstoppable duo, onstage and off, in pursuit of any and all adventure we can find.”

“We are absolutely meant to be, and I am grateful that we found each other in this lifetime,” he added.

Saturday’s concert is the first of two tribute concerts to honor Hawkins. The second event will occur at the Kia Forum in Los Angeles on Sept. 27.