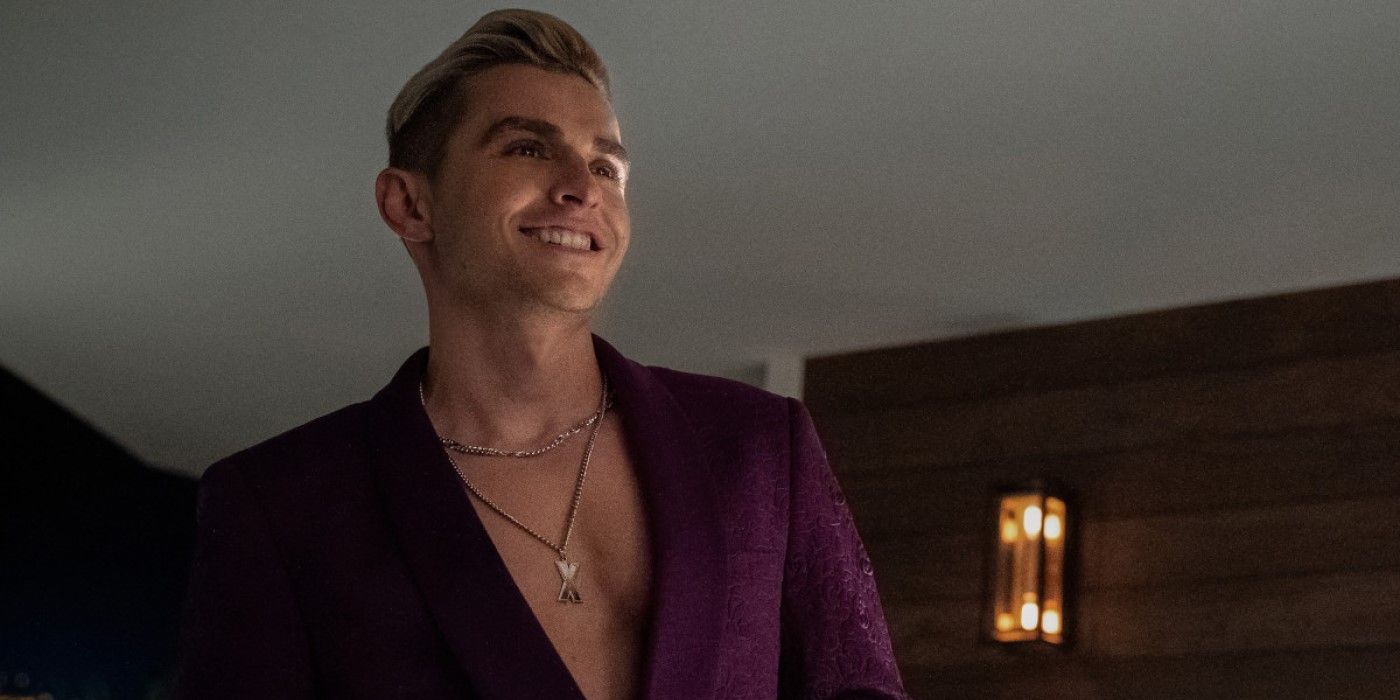 Christopher Miller, the creator and director of the recently released Apple TV+ murder mystery series, The Afterparty, shared a humorous video showing him attempting a stunt in an effort to convince actor Dave Franco that it “wasn’t too scary.” In the show, whose first three episodes premiered on Friday, Franco plays a pop-star named Xavier who falls to his death from the balcony of his seaside mansion.

Xavier’s death puts the spotlight on his old high school friends, who were partying at his house after having attended their 15-year reunion. Each of them becomes a suspect in his murder, as the show switches perspectives and tips its hat to popular film genres, episode by episode. Sharing the video on Twitter, Miller wrote:

“We had to drop Dave Franco from a 50’ crane to get the shot of him falling to his death. So I did the stunt first to show him it wasn’t too scary. (It was a little!).”

The one-minute video opens with on-screen text that reads, “To get the shot of Xavier falling off a cliff, we needed to drop Dave Franco 50 feet from a crane. So, I volunteered to test it out first, to show him it was safe.” We see footage of Miller being lifted into the air, growing more concerned the further up he goes. “This is plenty high, maybe too high. This is pretty high, I feel like I’m really high up,” he says at one point, before being released with a yelp. After he lands on the safety mat, he chuckles nervously and says, “It’s pretty high up there. Yeah, I liked that.”

Miller’s longtime creative partner Phil Lord, who serves as an executive producer on the show, quote-tweeted the video and deadpanned, “I couldn’t watch.”

Lord and Miller are perhaps best known for directing The Lego Movie and the two Jump Street films. They won the Academy Award for Best Animated Feature for Spider-Man: Into the Spider-Verse, which they produced. They were also hired to direct Solo: A Star Wars Story, but were let go midway through production, with Ron Howard stepping in as their replacement. Over the years, they’ve developed a reputation for putting inventive twists on properties that normally wouldn’t spark much enthusiasm as potential film adaptations.

Starring Tiffany Haddish, Sam Richardson, Zoe Chao, Ben Schwartz, Ike Barinholtz, Ilana Glazer, Jamie Demetriou and others, The Afterparty has been positively received. Collider’s own Ross Bonaime called it “one of the best debuts of 2022” in his review, and highlighted the “remarkably clever casting, its genre-jumping style, and hilarious comedy mixed with an exciting mystery.”

You can check out Miller’s video here, and read the official synopsis for the show down below:

Created and directed by Miller, The Afterparty is a genre-defying series centered on a murder mystery at a high school reunion. Each episode explores a different character’s account of the fateful evening in question, all through the lens of popular film genres and unique visuals to match the storyteller’s perspective.

Lord and Miller also give updates on the new episodes of ‘Clone High,’ the two ‘Spider-Verse’ sequels, and when they’ll direct live-action again.


Rahul Malhotra is a Weekend News Writer for Collider. From Francois Ozon to David Fincher, he’ll watch anything once. Swing and a miss>Measured victory. Also, #JusticeForHan. (He/Him).

Amanda Seales, Kevin Nealon and Jaleel White Appear on ‘To Tell the Truth’