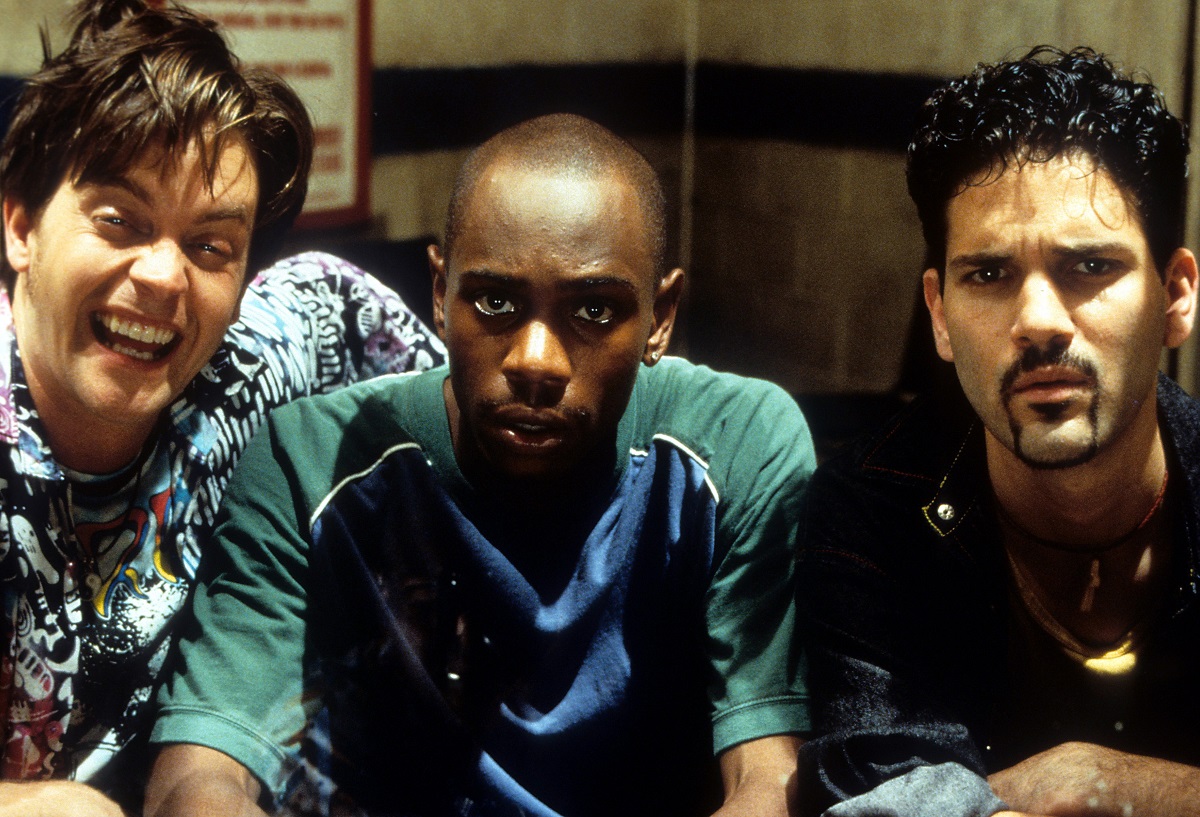 The career of Dave Chappelle has gone in some extreme directions over the years. But one of the first examples of his comedic gifts is the comedy Half Baked. The movie was first dismissed as a failure, but became a cult classic. Most performers don’t turn to method acting when appearing in a stoner comedy, however, a misunderstanding led to one of Chappelle’s co-stars attempting to act after getting high.

Chappelle made enough of a name for himself on the stand-up circuit to get his film Half Baked made when he was only 25. Co-written with his future Chappelle Show collaborator Neal Brennan, the movie follows Thurgood (Chappelle), Brian (Jim Breuer), and Scarface (Guillermo Diaz), as they attempt to raise money to get their friend Kenny (Harland Williams) out of jail after he accidentally kills a police horse by feeding it junk food. Their plan is to steal weed from a medical lab Thurgood works at and sell it to prospective buyers.

Critics were not big fans of the movie. But bad reviews didn’t top Half Baked from finding an audience who appreciated its blatant ridiculousness. The movie culminates in the stoners receiving unwanted attention from local drug lord Samson Simpson (Clarence Williams III), who attempts to extort $20,000 weekly from them. When Thurgood’s plan to do a deal with the police in exchange for freeing Kenny falls flat, the crew takes it upon themselves to take Simpson out with the help of the ghost of The Grateful Dead’s Jerry Garcia (David Bluestein in his one and only acting role.).