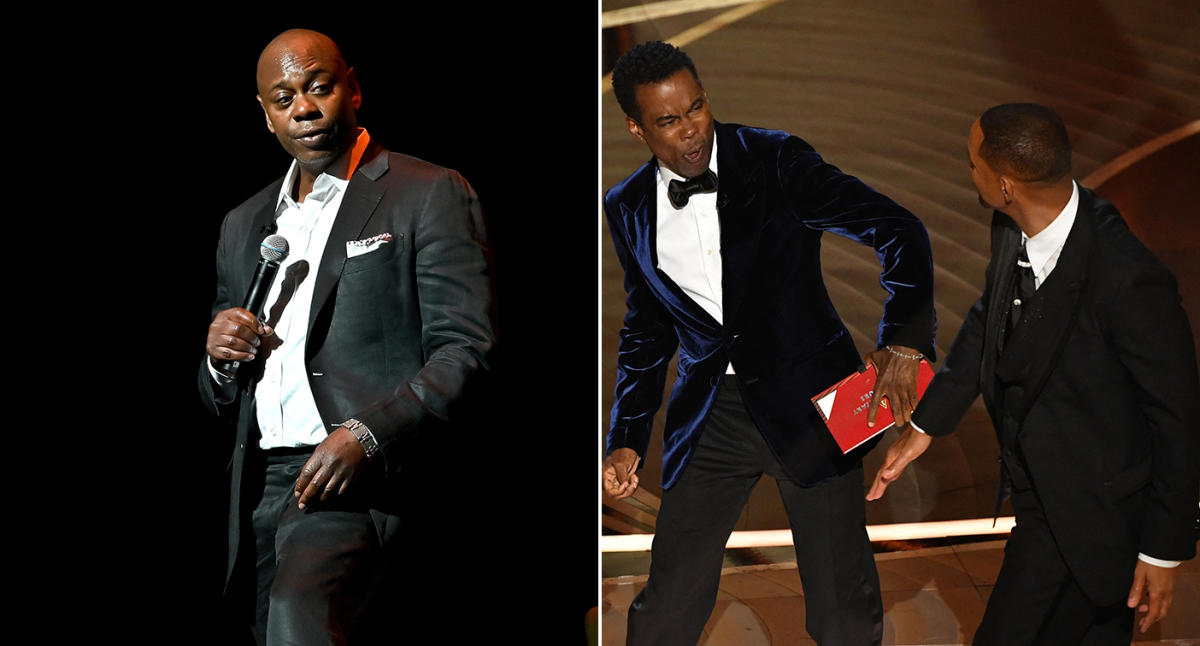 Dave Chappelle has branded Will Smith “as ugly as the rest of us”, saying the actor’s carefully-constructed “perfect mask” slipped when he hit Chris Rock at the Oscars.

Smith won best actor at the 2022 Academy Awards for his portrayal of Serena and Venus Williams’ father Richard in King Richard, but his night at the Oscars is better remembered for his run-in with Rock.

The comedian was hosting the ceremony and made a joke at the expense of Smith’s wife Jada Pinkett Smith, which the actor took to be an insult about her alopecia – although Rock claims he did not know about her condition.

Smith got up on stage and slapped Rock, then returned to his seat and shouted: “Keep my wife’s name out your f***ing mouth.”

Both men have apologised since the incident and Smith has resigned his membership of the Academy, who banned him from any events for 10 years.

Rock has now spoken more about the incident during the Liverpool date of his UK tour with Dave Chappelle.

According to Mail Online, Chappelle asked Rock whether the slap hurt and he replied: “Goddamn right…the motherf***** hit me over a bulls*** joke, the nicest joke I ever told.”

Then Chappelle continued: “Will did the impression of a perfect person for 30 years, and he ripped his mask off and showed us he was as ugly as the rest of us.

“Whatever the consequences are, I hope he doesn’t put his mask back on again and lets his real face breathe. I see myself in both men.”

Smith gave a tearful best actor acceptance speech at the Oscars in March following the slap, and later posted on Instagram: “I would like to publicly apologize to you, Chris. I was out of line and I was wrong.

“I am embarrassed and my actions were not indicative of the man I want to be. There is no place for violence in a world of love and kindness.”

Watch: Will Smith apologises to Chris Rock over Oscars slap

Tyson Fury net worth 2022: How much money will Gypsy King earn from Derek...