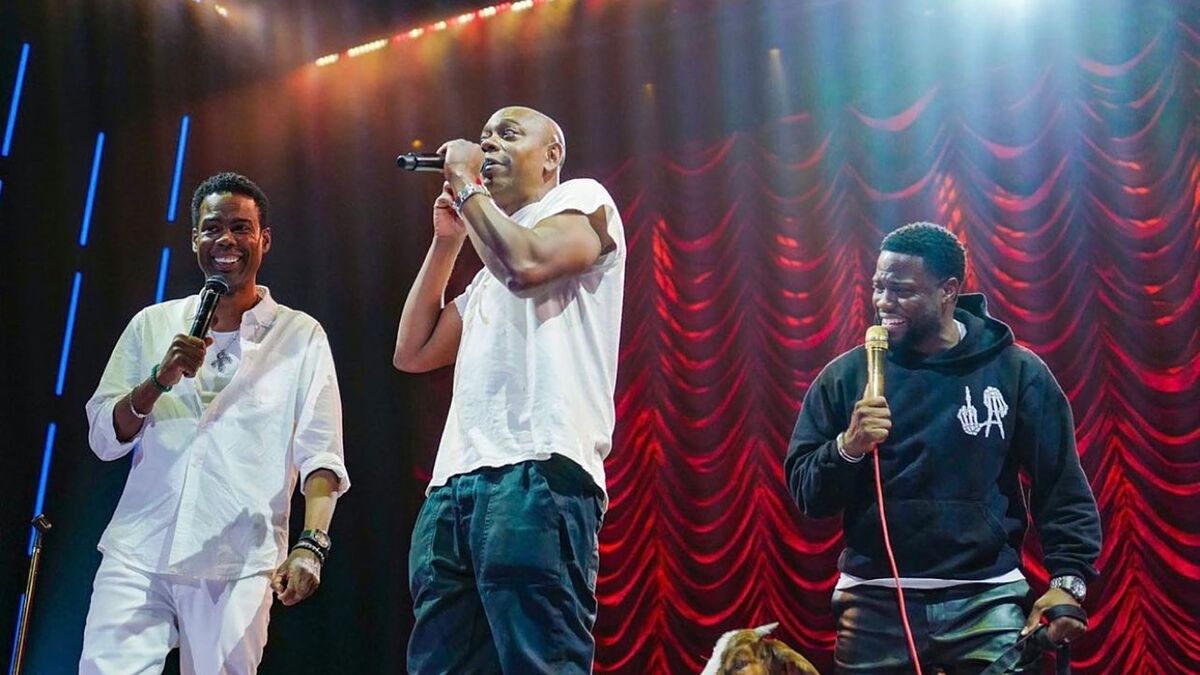 On Saturday night, Dave Chappelle made an unexpected appearance at Madison Square Garden, opening for Chris Rock and Kevin Hart with a set that lasted more than 20 minutes.

Only three days prior to Chappelle’s performance, the Minneapolis venue First Avenue abruptly canceled the comedian’s scheduled appearance. Instead, the Varsity Theater of the city hosted Chappelle.

During his performance at Madison Square Garden, Chappelle made a brief mention of the current circumstance.

“Despite what you may have read about in the news, I’m okay,” Chappelle told the crowd. “I appreciate the support.”

Chappelle reportedly returned to the stage after Rock and Hart had kept the audience amused for an hour. The three riffed on who among them is the “G.O.A.T.” comedian while also discussing Will Smith‘s now-famous Oscars incident in which he took the stage to slap Rock.

After his Netflix special “The Closer” was criticized by members and allies of the LGBTQ+ community for using transphobic language, Chappelle has been in the news for almost a year. In support of his material, the comedian has cited artistic expression.

Chappelle, who is typically a big name by himself, made a second unexpected appearance as the show’s opener in May at a stop on John Mulaney’s “From Scratch” comedy tour in Ohio. Some fans were upset about the collaboration because they didn’t sign up for an evening of what they called “transphobic jokes.”

“…I Am His Father”: Arnold Schwarzenegger Once Described His Relationship With Bodybuilder Best Friend...

Ruben Randall - September 21, 2022 0
Money
On Saturday night, Dave Chappelle made an unexpected appearance at Madison Square Garden, opening for Chris Rock and Kevin Hart with a set that...