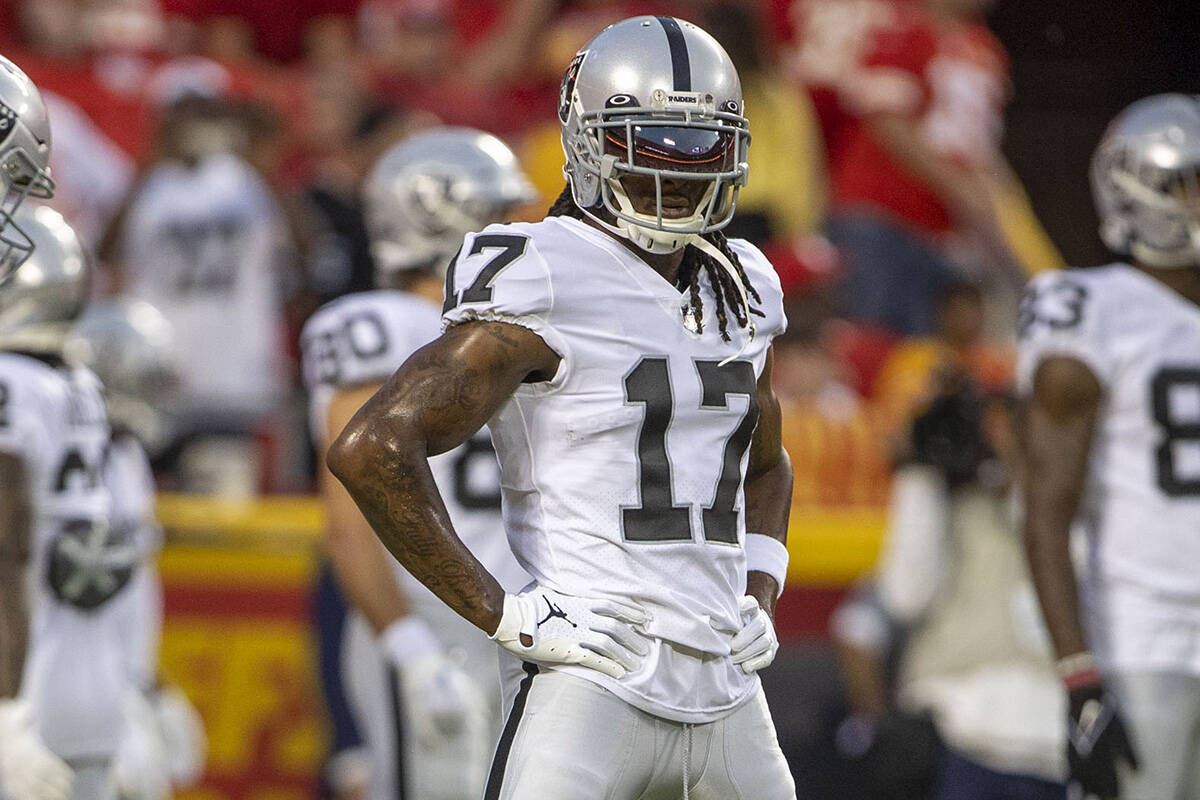 Raiders wide receiver Davante Adams has been charged with misdemeanor assault over a shoving incident that occurred between Adams and a photographer immediately after the Raiders’ loss to the Chiefs on Monday night.

In the citation, Adams was deemed to have by “intentional overt act, inflict bodily injury or cause an unlawful offensive contact” upon pushing the victim to the ground.

The citation also indicated the victim suffered “whiplash and head ache and a possible minor concussion.”

Adams has a court date scheduled for Nov. 10.

An NFL spokesman said Tuesday the incident is under review by the league.

Raiders coach Josh McDaniels, asked Tuesday about the Adams incident, said, “I’m aware of what I’m aware of at this point, which honestly isn’t too much.”

McDaniels said he knew of the basics of what occurred between Adams and the photographer and said he has spoken to Adams about it.

He also said he supports Adams “wholeheartedly as a person and a human being. He’s a great guy. I know that was an unfortunate situation. We obviously don’t want any of our guys to be doing anything like that. He knows that. He’s very well-aware of that. But I know the person and I don’t think there was any intent behind it on his part.”

McDaniels said the Raiders will cooperate fully with the NFL investigation of the incident. “Whatever they ask of us and whatever they need from us, obviously we’ll comply,” he said.

After the Monday night game, Adams began his postgame talk with the media by issuing an apology.

“I want to say sorry for that,” he said. “That was just frustration mixed with him literally just running in front of me.”

Adams explained that as he was leaving the field, someone ran directly into his path and the two bumped into each other. Adams reacted by pushing him to the ground.

“Shouldn’t have responded that way,” Adams said. “But that’s how I initially responded, so I want to apologize to him for that.”

Ruben Randall - June 12, 2022 0
Money
The fourth episode of Obi-Wan Kenobi on Disney+ brought the battered ex-Jedi Knight (Ewan McGregor) to the water moon of Nur in the Mustafar system...