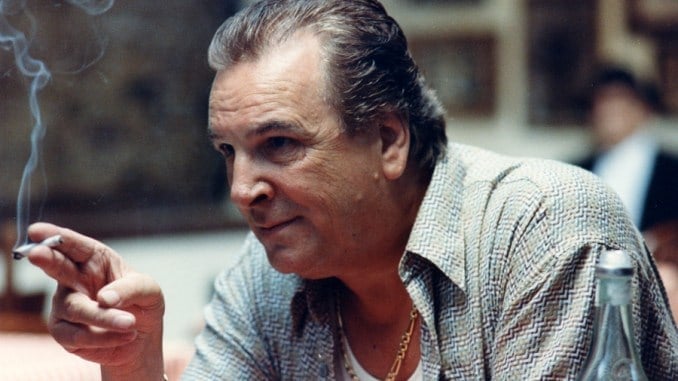 Most true professional actors will tell you that acting is not a job, it’s a calling. However, all roads to professional acting are not created equal. Not everyone is granted the opportunity to attend the Yale School of Drama or be educated at The Royal Shakespeare Company. But whereas acting techniques can be learned, a passion for acting cannot be taught. Do you want to become an actor but are not classically trained? Do you think you are too old? Do not despair. Some of the finest actors of recent memory did not go to school for acting and led full lives before deciding to pursue acting at a later age. There are two common denominators among these risk takers; a passion for acting and the courage to pursue it.

In 1977, John Mahoney was the associate editor of a medical journal in Chicago. He was 37 years old, successful and miserable. As Mahoney related, “I was just intensely depressed all the time. I just wasn’t happy”. After attending a play starring Albert Finney and Leo McKern, Mahoney decided to pursue his passion of acting. John enrolled in an eight week Chicago acting course taught by a minor playwright named David Mamet. At the conclusion of the acting class, Mahoney was invited by Mamet and actor John Malkovich to join their struggling stage troupe, the Steppenwolf Theatre Company. Regarding his decision to quit his job to chase his dream of acting, Mahoney said: “I finally thought, before I get too old, I’ve got to try it, and if it doesn’t work out, at least I’m not going to be 65 years old, looking back over my life and saying, ‘God, why didn’t I at least try”?

John Mahoney’s acting success was rather meteoric once he decided to embrace his calling. As Mahoney costar John Cusack stated of his mentor: “He always said – it took him a long time to find out what he loved”. Once he did however, John put together an incredible career before his premature death in 2018. In 1987, he won a Tony Award for Best Featured Actor on Broadway. He also appeared in many feature films including “Tin Men, Eight Men Out, Say Anything, Barton Fink, In the Line of Fire, The American President and Primal Fear”. But most people will remember him as Frasier’s dad. From 1993 to 2004, Mahoney played Martin Crane on the incredibly popular television show “Frasier” for which he was nominated for two Emmy Awards and Two Golden Globes. Mr. Mahoney took a chance on himself by deciding to pursue his passion later in life because, as he said, “I didn’t want a life of regret”.

John Mahoney made no secrets about the harsh acting landscape, adding that luck no doubt plays a role. He stated, “I honestly believe that some of the greatest actors in America are tending bar and waiting tables and driving taxis”. Luck undoubtedly plays a role in acting success like any other type of success, but John’s courage to pursue his passion is what gave him his advantage. Upon his death, actor John Ross Bowie proclaimed, “John Mahoney was 37 when he started acting! Go do that thing you’re thinking about”. Mahoney proved that if the passion to act is there, it is never too late to break in. Many actors have proved that conclusively including Mahoney’s costar in the 1987 classic “Moonstruck”, Danny Aiello.

“I was 40 when I did my first movie. I didn’t know what the hell I was doing” said Danny Aiello. His was certainly an untraditional path to the big screen. After dropping out of high school and a hitch in the Army, Aiello made a nice career for himself with Greyhound. He was eventually elected president of Local 1202 of the Amalgamated Transit Union but was fired in his mid 30s. Aiello recalled, “I had my success, and then I was floundering with nothing.” The year was 1972 and Danny was working as a bouncer at a nightclub. As luck would have it, one night when the regular master of ceremonies didn’t show up, he filled in. Eventually, Danny began introducing acts and singing songs in the club until a friend convinced him to give theater acting a try.

Danny had never considered acting. Not only did Aiello have no acting experience, he had never even attended a play. He joined a local theater company in 1972. In 1973, Aiello appeared in his first film, “Bang the Drum Slowly”. In 1974, he was cast in “The Godfather Part II”. Like many actors to start later in life, Danny had finally found his passion and has been following it ever since. Aiello has been a working film and theater actor since the year he lost his job, 1972. He has been in a number of timeless hits including Spike Lee’s “Do the Right Thing” for which he was nominated for an Academy Award in 1989.

Because Danny Aiello began his acting career at an age later than most actors, he was equipped with a genuine seasoning that is simply not possible for younger actors. He also benefitted from a beautiful ignorance. Put bluntly, he didn’t know what he didn’t know and that served him well. He had accrued no bad habits and was acting strictly on feel. As Aiello put it, “People call me an instinctive actor. I used to consider that an insult early on, only because I had never studied. Now… I love it.” Aiello is an intuitive talent who lived a lifetime before he broke into the industry. His story is unique but not uncommon. A similar path to acting success, better late than never, is that of Aiello contemporary Dennis Farina.

When acting found Dennis Farina later in life by accident, he never thought it would change his life. The actor reflected, “It was a fun sideline, a good chance to pick up a few bucks…no way did I think this was a full-time career.” Dennis Farina felt that his late start benefitted his ability as an actor. He was not confined in scholarly over analysis, stating “Some people approach acting with all these things in their head, making it more complicated than it needs to be”. Farina, who died in 2013 at the age of 69, was as unlikely to have a career as an actor as either Mahoney or Aiello. Like Mahoney, Farina was living in Chicago and grinding his way through a career, yet to satisfy his true calling.

At the age of 37, Dennis Farina was a 14 year veteran of the Chicago Police Department when destiny came knocking. Director Michael Mann employed Farina, who had spent most of his time in the burglary division, to be a consultant on his milestone film “Thief”, starring James Caan. As Mann recounted, he was impressed with the cop’s “charisma” and “ability as a storyteller”. Mann liked the real life cop so much in fact that he cast him in a minor role in the movie. The year was 1981 and Dennis Farina had found his passion.

In 1985 at the age of 41, Farina was granted a one year leave of absence from the Chicago Police Force to test the Hollywood acting waters. The cop had every intention of returning to the force. But when he found he could make a living at his new craft, the cop turned in his badge. Farina officially retired from the force in 1986 to pursue acting full time, two years short of his pension.
As an actor, Farina compiled a stellar career that included successful and memorable films such as “Midnight Run”, “Snatch” and “Saving Private Ryan”. The former cop also made a serious mark in television including 46 episodes as senior detective Joe Fontana on “Law &Order”. Many however will most remember Farina as the iconic, dynamic and wonderfully vulgar Ray “Bones” Barboni in “Get Shorty” from 1995. A performance Rolling Stone magazine characterized simply, “Superb”.

Dennis Farina served as a Chicago policeman from 1967 to 1985. But it was only after he was given a bit part in Mann’s film that he discovered his true calling. Farina then pursued theater acting. He made his debut as a professional stage actor a year later in 1982. The play was called “A Prayer for My Daughter” and he played, appropriately, a policeman. The director of the play was John Malkovich and included in the cast were a number of actors fresh to the profession. One of them was a former associate editor for a medical journal named John Mahoney.

Danny Aiello, Dennis Farina and John Mahoney all pursued their dreams later in life. They risked a solid existence for an uncertain future. By doing so, they also proved that hopes and aspirations have no expiration date. The revered acting instructor Stella Adler once stated, “You should want to act only because you want to be led to something bigger in life.” For a burned out medical writer, a burglary cop and a bus driver turned nightclub bouncer, something bigger in life was acting.

Ruben Randall - May 19, 2022 0
Actor
Arnold Schwarzenegger is one of the biggest celebrities on the planet, having morphed his career as a professional bodybuilder into becoming the Governor...