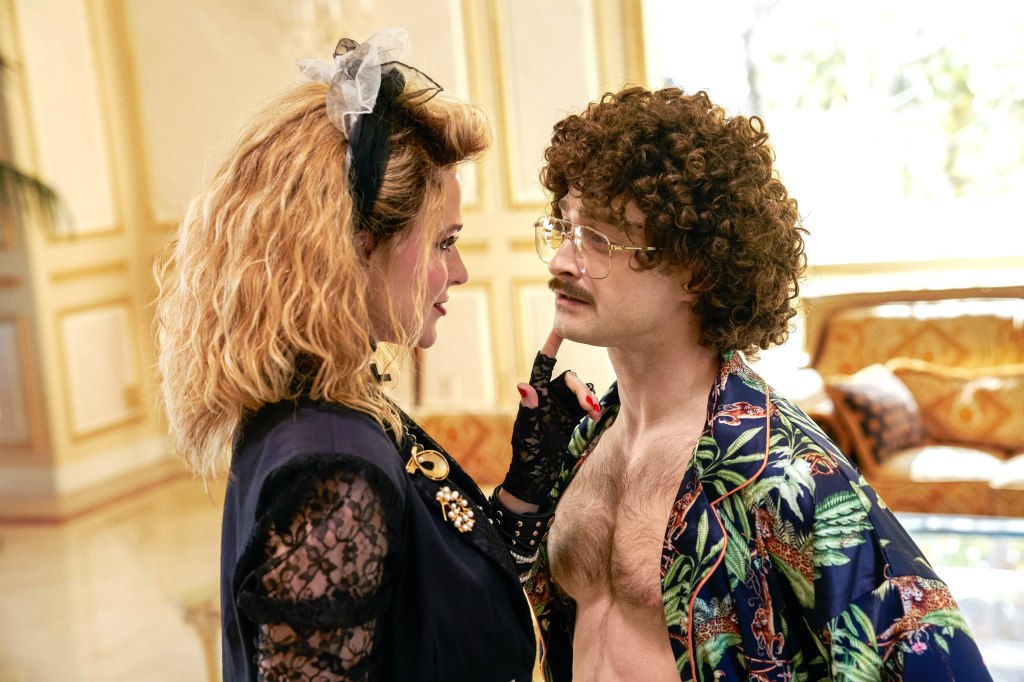 If you ever have the opportunity to see “Weird Al” Yankovic live, do it. This is not a request; it’s a demand. I saw him a few nights ago during the Unfortunate Return of the Ridiculously Self-Indulgent, Ill-Advised Vanity Tour, where he played only original, non-parody songs, save for a greatest-hits medley (dedicated to Coolio) in the encore. You might think it would be a bummer to not hear “The Saga Begins,” and it is. But “Albuquerque” and “The Night Santa Went Crazy” alone are worth the cost of a ticket.

At one point during the concert, “Weird Al” joked that he was going to play an original song from Weird: The Al Yankovic Story, the Walk Hard-style biopic starring Daniel Radcliffe as a fictionalized version of the parodist, but couldn’t because he signed an NDA. But we’ll be able to hear it soon — and maybe at the Academy Awards.

In an interview with Entertainment Weekly, Evan Rachel Wood, who plays Madonna in the Roku Channel movie, was asked for her thoughts on “Weird Al” winning an Oscar for his closing credits song. “We’re seriously campaigning. It starts today!” she said. The “we” is herself and Radcliffe, who revealed that he was “randomly more half-naked as ‘Weird Al’ than any other character I’ve ever played.” He should do a revival of Equus, where he famously appeared fully nude, but as “Weird Al” this time.

Weird: The Al Yankovic Story premieres on the Roku Channel on November 4.