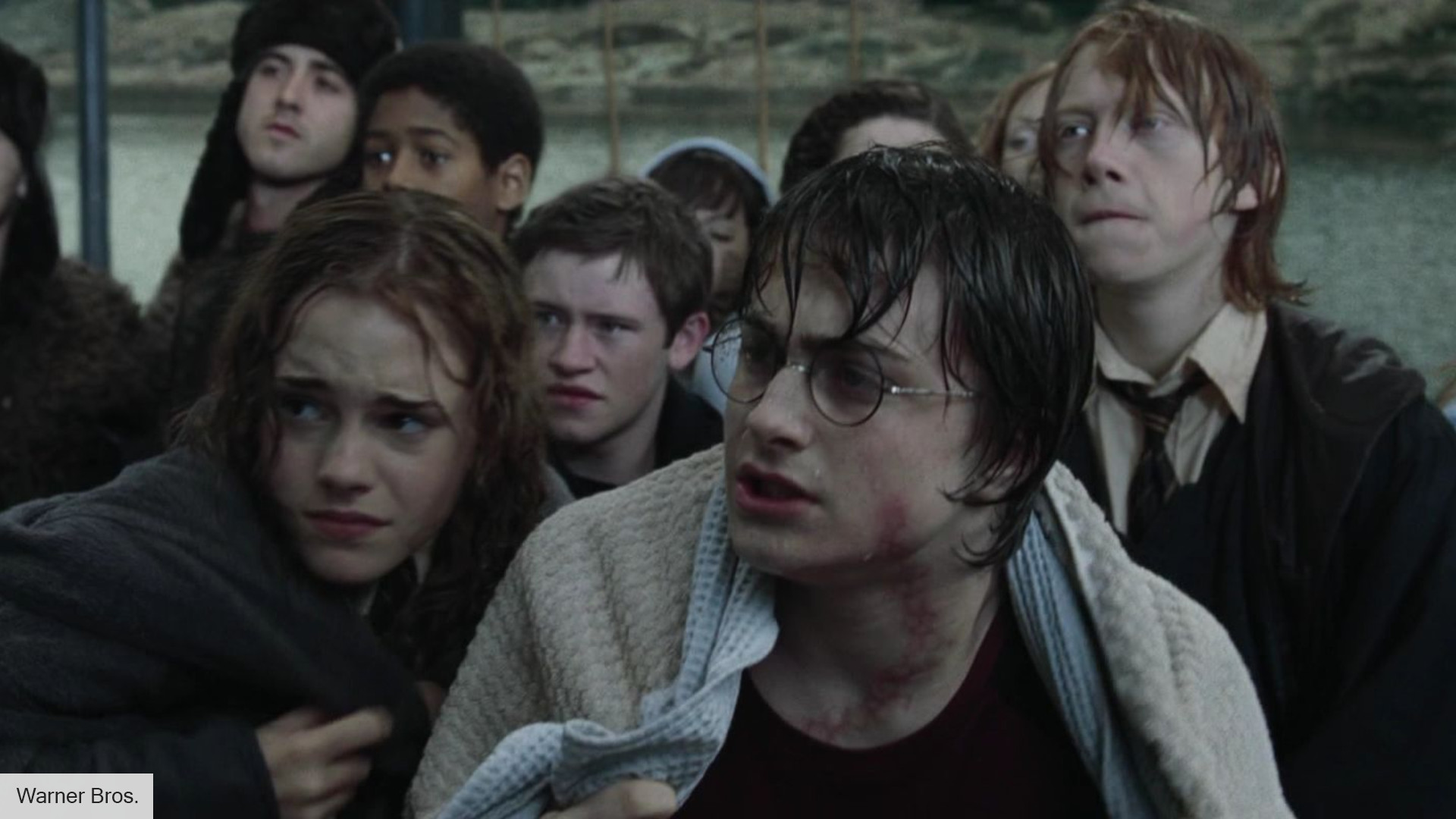 The Goblet of Fire is known for being one of the best Harry Potter movies – with probably the most going on – there’s the Quidditch World Cup, the Triwizard Tournament, and the Yule Ball just for starters. It also provides our first proper look at Ralph Fiennes’ Voldemort…and it’s also known as the one with the terrible hairstyles.

The Triwizard Tournament certainly provided its challenges to the cast and crew. Firstly, according to the film’s production notes, there was a 40-foot-long animatronic dragon with a flamethrower that had a range of 30 feet. For the final challenge, the crew engineered several sections of the labyrinth, which stood 25 feet high and 40 feet long. These computerised hydraulic walls were designed to move independently of each other, swelling and surging at the actors on command.

But the most challenging feat of all was the second task – which involves Harry having to rescue his best friend Ron from the Black Lake. They constructed a tank that was 20 feet deep and Radcliffe and his co-stars undertook six months of scuba diving training, starting in smaller pools and gradually progressing to deeper ones.

“Not only did Daniel have to swim, act, speak lines and respond to creatures [Grindylows and mermaids] that would be added by a computer in post-production, but he had to perform with webbed hands and feet. He accomplished all of this while 20 feet under water in total darkness – before he ran out of air and gave the signal for one of the stunt team to swim in and give him back his oxygen mask. It really was an incredible achievement,” said stunt co-ordinator Greg Powell.

In total, Radcliffe spent 41 hours and 38 minutes under water over a three week period of filming, with one dive alone lasting 75 minutes, “which was quite cool!” he enthuses.

Check out our guide to the best Harry Potter characters.

American Culture Is Satire And We Aren’t Allowed to Laugh –...

Ruben Randall - October 6, 2022 0
Money
American society reads like satire. But don’t you dare laugh about it. Laughing about it is offensive. “The Daily Show” has aired on Comedy Central...