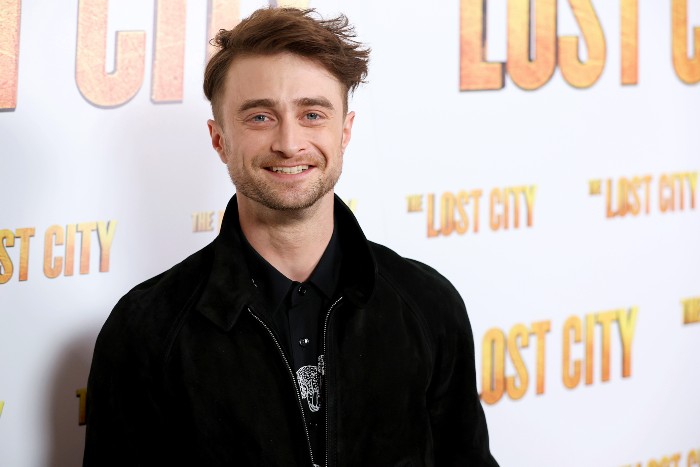 In what can easily be seen as another public rebuke of rampant transphobe J.K. Rowling, Daniel Radcliffe has made it clear that has no interest in making a Harry Potter and the Cursed Child movie despite Chris Columbus’ dream of reuniting the original cast. (Variety)

Lady Gaga gave an acceptance speech for all the awards at the New York Film Critics Circle and it was its own theatre. (Lainey Gossip)

Kanye West was suspended from Instagram for a whopping 24 hours — Go easy, fellas! — after lashing out at Trevor Noah and hurling racial slurs at him. (Dlisted)

Absolutely wild story about how the Senate voted to change Daylight Savings Time because nobody was paying attention. Incredible government we’ve got here:

The unanimous passage of a bill to make daylight saving time permanent is a story of how presumptuous Senate staffers can accidentally make history.https://t.co/1y8cDXXz5k

Karen Fukuhara from The Boys was targeted in an anti-Asian hate crime attack thanks to every right-wing shit-f*ck who used the term “Wuhan Flu.” (Instagram)

And speaking of, Jimmy Kimmel wants to know why Donald Trump is missing from Putin’s sanction list despite being “far tougher on Russia” than anyone. (Mediaite)

On the opposite end of that spectrum, Arnold Schwarzenegger has a message for Russia. A very long message. It’s the thought that counts. (The Wrap)

Some really great parallels between why The Baby-Sitters Club was canceled and the recent pushback against Turning Red: “People are extremely uncomfortable with this period in girls’ lives. It seems to be the time of life that girls lose faith in themselves, and I think it’s because they don’t see representation of where they’re actually at. Girls are expected to go straight from Doc McStuffins to Euphoria.”

I talked with the creator of The Baby-Sitters Club @RachelShukert about Netflix’s decision to cancel the showhttps://t.co/FB3yoUqYyA

Nicolas Cage wants to play Egghead in The Batman sequel, and I’m sure they’ll get right on making that happen. (AV Club)

For you Anne Rice fans out there, Alexandra Daddario will play Rowan in the Mayfair Witches series coming to AMC. (Collider)

After seeing rave reviews on Cannonball Read, krisbholland picked up Richard Osman’s The Thursday Murder Club and concludes—everyone was right. “Initially only interested in old, unsolved cases, the group quickly becomes embroiled in a current day scandal when the contractor…turns up murdered.” What have you picked up recently because of rave reviews? (Cannonball Read 14)

he protec, he attac, he go to the market and barter for snaccs pic.twitter.com/9mcxERjC8S

←
The Best & Worst of the Scammer Series: ‘The Dropout,’ ‘WeCrashed,’ and ‘Super Pumped’ |

Find Out Why You Need To Check Out Dilworth Park in Philadelphia, PA