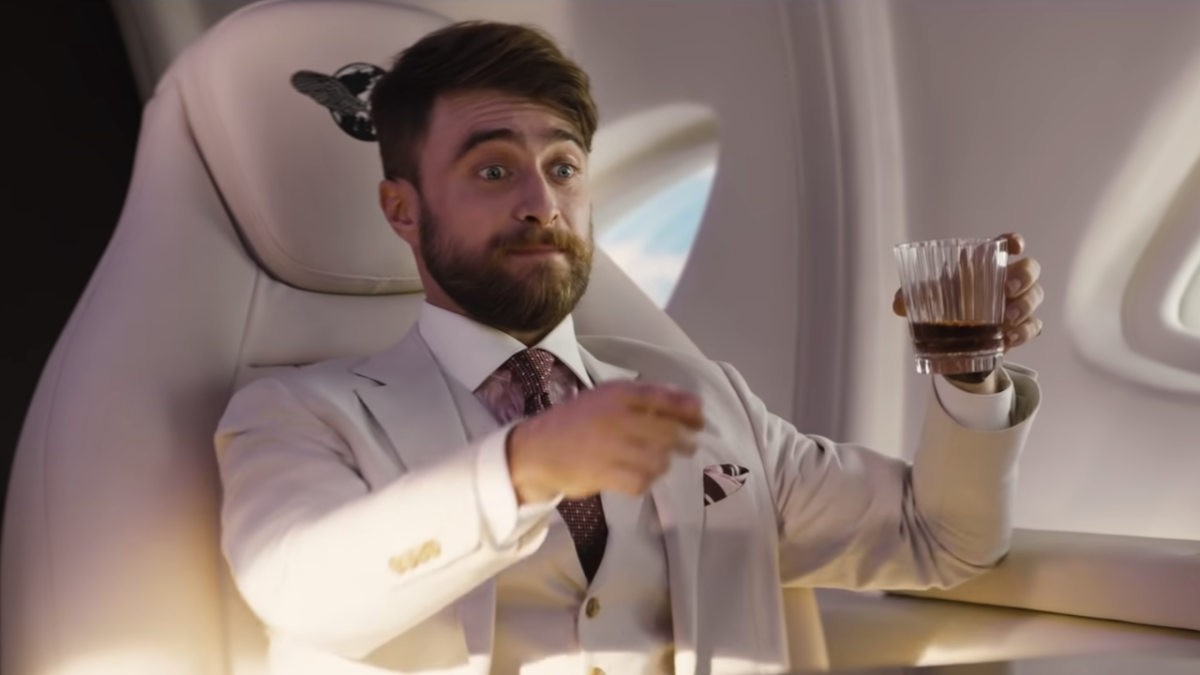 Daniel Radcliffe’s post-Harry Potter career has been unpredictable, as he went the indie route rather than turning the success into a bankable franchise star. Appearing in film, television, and stage has built himself into a stellar character actor. And his career choices have paved the way for the Harry Potter alum to play Weird Al in a biopic. After securing the role, Radcliffe opened up about the Weird Al biopic and the best projects he did after completing the Harry Potter series.

The Lost City actor shattered his boy-wizard image by popping up in projects like Killing Your Darlings and Miracle Workers. Each character has been weirder and quirkier than the next, so taking on Weird Al is on-brand for him. But the actor seemingly wouldn’t have it any other way. When his role choices, including Trainwreck and Guns Akimbo, came up, the beloved actor spoke to Empire about his unexpected career trajectory after headlining the popular movie franchise.

I think one of the best things you can do is get a reputation for being weird or liking weird things. Because weird sort of begets weird, and as soon as you do something like Horns, the guys who make Swiss Army Man are like, ‘Oh, okay, maybe he’s into that.’ And then people see Swiss Army Man, and they’re like, ‘Oh, Guns Akimbo.’ One thing leads to another, and it keeps meaning I get to do random crazy stuff, which I’m always very happy with.

If Daniel Radcliffe wanted to shake off the iconic role, going the weird was the best choice for him. His choices proved he can do more than cast spells and wave a wand. Becoming a character actor helped him to make a path for his latest role. The Woman in Black actor later revealed how invested he is in portraying the comedic music icon.

See also  Arnold Schwarzenegger’s love child Joseph Baena, 23 is a spitting image of his dad as he does a bodybuilding pose

But yeah, the Al Yankovic movie is one of the most…I will be genuinely heartbroken if it’s not as good as I want it to be. It’s one of the most fun things I’ve ever shot. It was unbelievably fast. It was shot so quickly that it kind of makes me go, ‘What are we doing on other films?’ That was a testament to being prepared, and our amazing director Eric Appel, and yeah, I can’t wait for people to see it. It’ll be a while. But I can’t wait.

It appeared taking on the comedy icon was the dream role for Radcliffe. He seemingly enjoyed every moment of filming the biopic. The actor appeared more hype for audiences to see the movie after putting so much work into it. But roles like Weird Al Yankovic were years in the making going back to his days in the Wizarding World. The Swiss Army Man actor cited Harry Potter adult castmates Imelda Staunton, David Thewlis, Michael Gambon, and Gary Oldman as influences on his acting career. All those actors are known as great character actors, so he took notes and applied their approaches to his career.

The Harry Potter and the Deathly Hallows actor returned to mainstream films with The Lost City, which is currently in theaters. You can see what other projects Daniel Radcliffe will appear in by checking out our 2022 movie schedule.

How Much Does the Brazilian Actor Rodrigo Santoro Have in The...