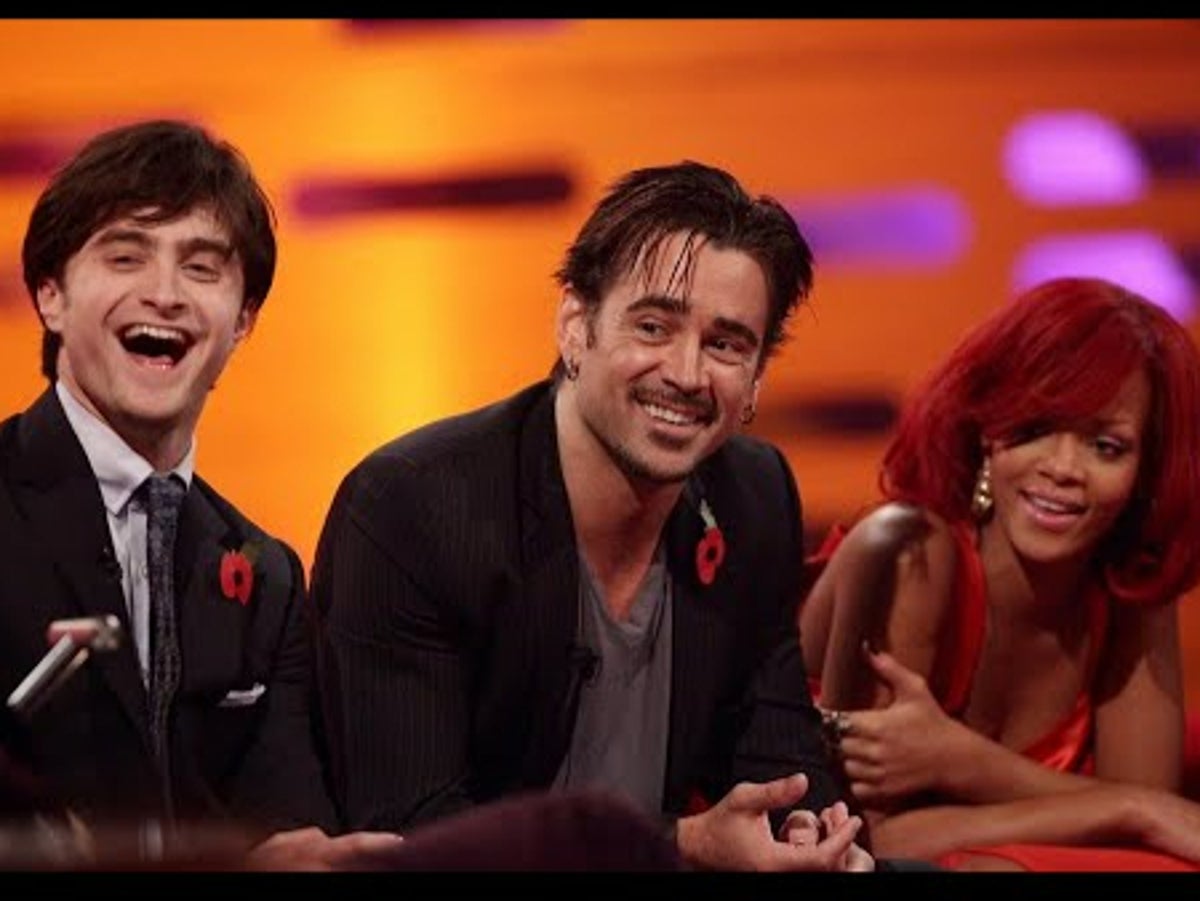 Daniel Radcliffe has reflected on a “surreal” experience he had on The Graham Norton Show, when Rihanna and Colin Farrell were his fellow guests.

In a new reader interview inThe Guardian, the star has now talked about how, on the show, he sang Tom Lehrer’s 1959 song, “The Elements”, which lists all the chemical elements in the Periodic Table known at the time.

“My most surreal experience was sitting next to Rihanna and Colin Farrell on Graham Norton and doing the ‘Elements’ song,” he said.

“Now, I’m mortified. ‘You did the nerdiest thing possible next to two of the coolest people on the planet. What were you thinking?’ But doing that and [the 1999 rap song] ‘Alphabet Aerobics’ [on Jimmy Fallon] have both got me jobs.”

He added that singing “The Elements” was “one of the first things that brought me to Weird Al’s attention”, saying: “Sometimes doing something really nerdy on a chatshow will work out for you, years later.”

Radcliffe is portraying American singer Al Yankovic in a new biopic. Yankovic is famous for his parody versions of popular songs, such as the 1996 hit “Amish Paradise”, a humorous spoof of the Coolio track “Gangsta’s Paradise”.

Weird: The Al Yankovic Story is released on 4 November on the Roku Channel and available on Roku devices, Sky Q and Now TV.

Rihanna, meanwhile, has raised eyebrows this week after news emerged that Johnny Depp makes a cameo in her new Savage X Fenty show.

5 Reasons Netflix Is the Best Streaming Service to Have This...

Ruben Randall - December 5, 2022 0
Money
Netflix has the most new releases by farBy our count, Netflix has 115 new movies, shows, specials, and more...