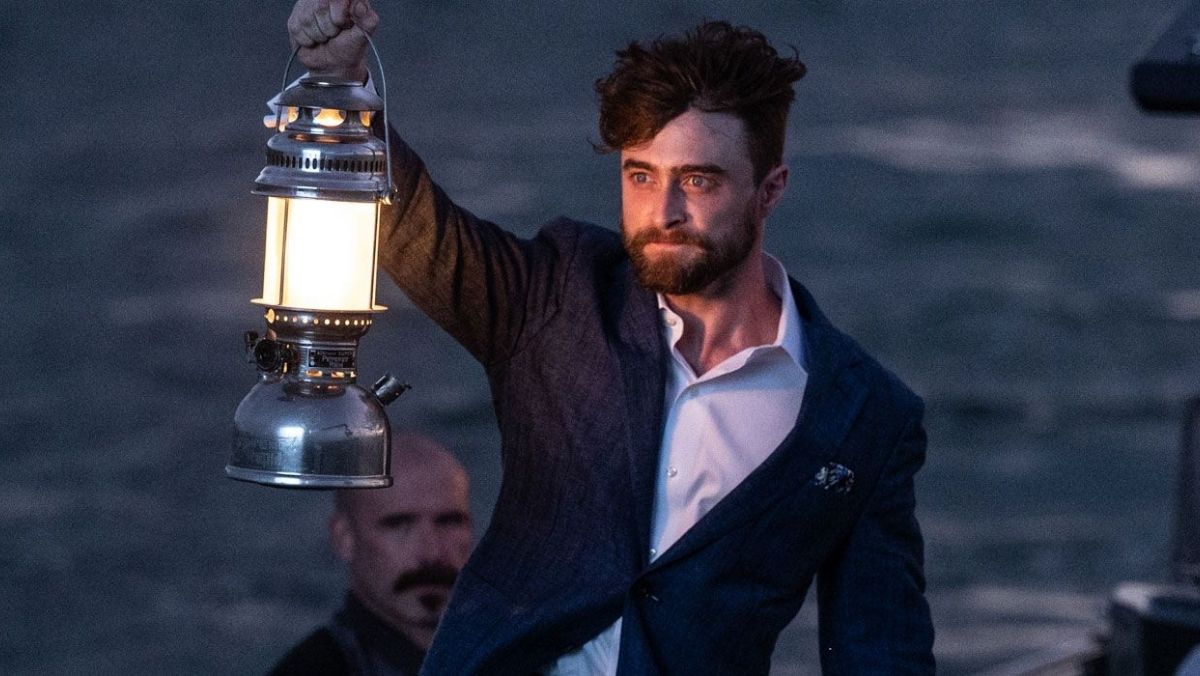 Harry Potter famed actor Daniel Radcliffe, who was recently seen in HBO Max’s ‘Harry Potter 20th Anniversary: Return to Hogwarts’ talks about how he couldn’t be happier with how things are playing out for him in her personal and professional life. The actor who has been in a relationship with Erin Darke for a decade reveals about having a nice life and how his career has been flourishing.

Daniel Radcliffe told People magazine: “I’ve got a really nice life. I’ve been with my girlfriend for a decade pretty much. We’re really happy. I just got to make the Weird Al movie, which is honestly one of the most pleasurable, exciting experiences in my career. I’m doing the last season of ‘Miracle Workers’ this year and then another Broadway show. So it’s a good year, man. I’m really happy with how it’s all going so far.”

Radcliffe and Erin met on the set of ‘Kill Your Darlings’ (which is now streaming on Amazon Prime Video) and the actress filmed an episode of the actor’s comedy series ‘Miracle Workers’ last year, reports femalefirst.co.uk. The ‘Swiss Army Man’ star found it “special” to work with his girlfriend again, though they don’t want to film together regularly.

Daniel Radcliffe said: “We definitely like (working together), but it’s not something we want to do all the time. We obviously met on film and so getting to do stuff on Miracle Workers with her last year was incredibly special and felt lovely. Hopefully, we’ll get to do more in the future, but we also both write, so maybe we’d write something together at some point, and that would be cool.”

See also  How US and China Jockey for Economic Sway Across Asia: QuickTake

Radcliffe will next be seen as a billionaire treasure hunter in ‘The Lost City’ and he admitted the adventure comedy is his girlfriend’s “favourite” project of his because she loves his co-star, Sandra Bullock, so much. He said: “I think this film might be one of her favourites that I’ve ever done because she is a gigantic Sandra Bullock fan. When I told her a script’s come in, before I’d read it, and I was like, ‘Channing Tatum and Sandra Bullock (are in it),’ she was like, ‘You have to do this!’ I mean, there was no debate about it. I also wanted to.”

The British star loved making the movie but much to the disappointment of his female friends, he didn’t get to meet Brad Pitt, who has a cameo in the film.

He said: “I had no scenes with him. And every woman in my life is furious that I didn’t meet him. They were all just like, ‘Why didn’t you just go on set?’ And I said, ‘I’m not going to go on set and be like, ‘Hey, Mr. Pitt, I’m Dan. Nice to meet you.’ So I didn’t. I didn’t meet him. But I can still say, ‘I’m in a film with Sandra Bullock and Brad Pitt and Channing Tatum.’ You sometimes step outside of your body and go, ‘That is cool, man.’”