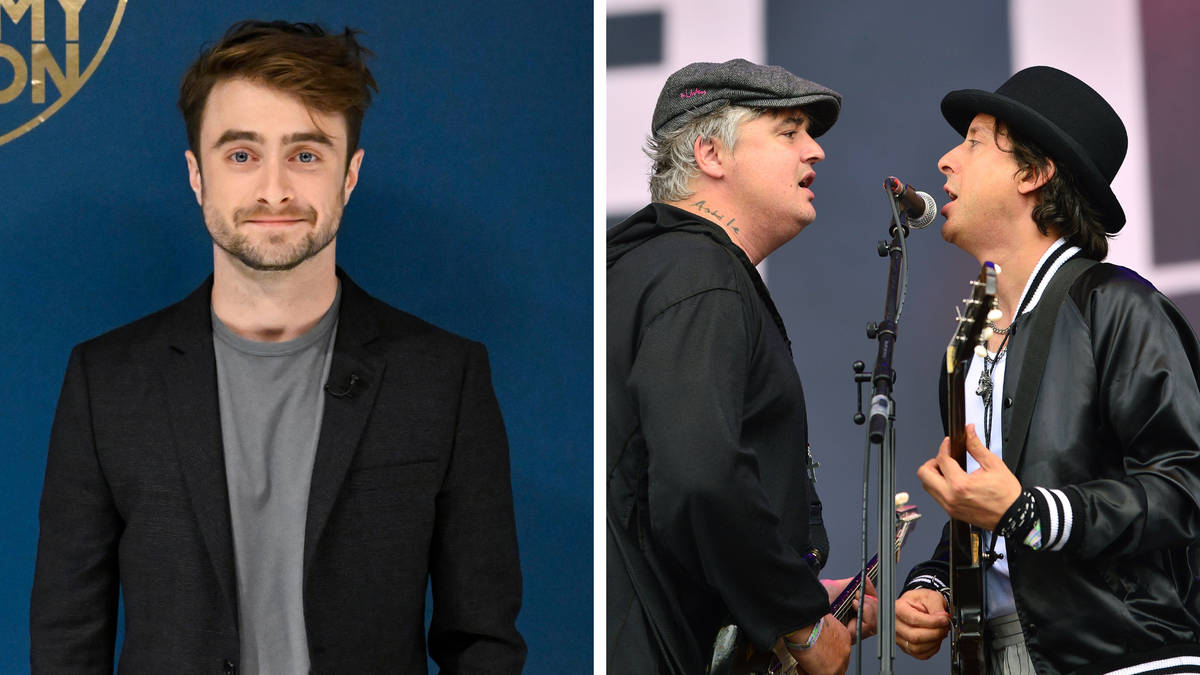 The Harry Potter star has talked about his love for the Don’t Look Back Into The Sun rockers in a new interview.

Daniel Radcliffe has praised the Libertines’ music and revealed he’s still a “devoted” fan of the band.

The Harry Potter star took part in an interview for the Guardian where he answered fan questions, which referenced an NME article in 2004 in which he recommended Razorlight’s Up All Night.

Asked if the band deserve the same recognition as the NYC Meet Me in the Bathroom scene, the actor replied: “I don’t regard them as separate scenes. The timelines were so concurrent that it felt like the Strokes were happening at the same time as the Libertines and Razorlight.”

He continued: “I have not listened to Up All Night in some time, but I still love Stumble and Fall and Rip It Up. The Libertines were the band of my teenage years that still have the staying power.

“Up the Bracket is still so energising and unusual, with a sense of urgency that still doesn’t sound like anything else. I remain a devoted Libertines fan.”

The band – made up of Carl Barât, Pete Doherty, John Hassall and Gary Powell – marked the 20th anniversary of their debut album, Up The Bracket, this year.

To celebrate the seminal album, Radio X released a podcast exploring the making of the record and the early beginnings of the band.

The seven episode podcast, which was hosted by Radio X’s Sunta Templeton was also made into a short documentary, which you can watch here:

One of the eye-opening moments of the documentary, came when Pete and Carl explained their fraught relationship.

We just bickered,” explained Barât. “I guess I was the same. The reason we were bickering is that we were always trying to outdo each other and impress each other with our knowledge of Coleridge and things we knew nothing about.

“And he was the most contentious little b**ger.”

The Can’t Stand Me Now rocker added: “[There was] a lot of rowing. And here we are 25 years later. Nothing’s changed.”

Though Pete’s recollection of their relationship is similar to Carl’s, he was determined to make it work regardless, because he’d decided the most successful bands didn’t seem to like each other anyway.

“We didn’t get on at all, no,” he recalled. “Not at all, but I was still convinced. I thought, ‘That doesn’t matter.’ I’ve done my homework studying bands and realised that most bands didn’t really like each other. Even the ones that were really close as brothers and conquered the world together.

“They all ended up falling out, so I thought, ‘We’ll just have to suck it in and try and get along and get him to teach me guitar’.”

Despite their tempestuous relationship, it was a love of writing songs together that eventually allowed the pair to see eye to eye.

Asked what bonded them eventually, he revealed: “In the end I just convinced him that he was a brilliant guitarist and we should write songs together.

READ MORE: Carl Barât thought Pete Doherty was “the most contentious little b*****”