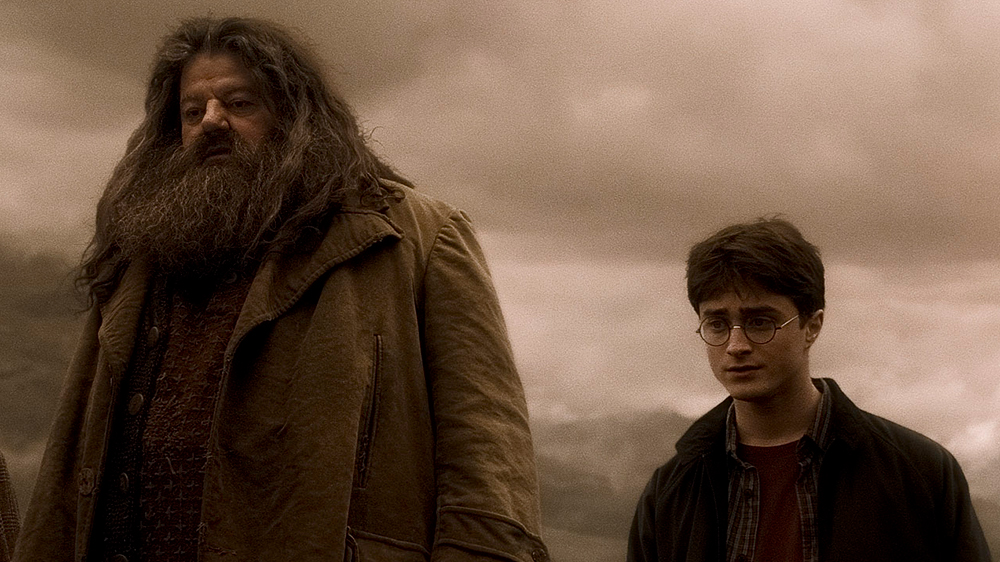 Daniel Radcliffe has issued a statement after the death of his “Harry Potter” co-star Robbie Coltrane, calling the late actor “one of the funniest people I’ve met.” Coltrane, who died at the age of 72, starred as Rubeus Hagrid in the “Harry Potter” film franchise and shared dozens of scenes with Radcliffe across the films. The two actors starred together in all eight “Harry Potter” movies, from “Sorcerer’s Stone” in 2001 to “Death Hallows – Part 2” in 2011.

“Robbie was one of the funniest people I’ve met and used to keep us laughing constantly as kids on the set,” Radcliffe’s statement reads. “I’ve especially fond memories of him keeping our spirits up on ‘Prisoner of Azkaban,’ when we were all hiding from the torrential rain for hours in Hagrid’s hut and he was telling stories and cracking jokes to keep morale up. I feel incredibly lucky that I got to meet and work with him and very sad that he’s passed. He was an incredible actor and a lovely man.”

While Coltrane will forever be known to millions as Hagrid in the “Harry Potter” movies, he was also a member of the James Bond franchise, having appeared in 1995’s “GoldenEye” and 1999’s “The World Is Not Enough.” Most recently, Coltrane returned to his “Harry Potter” roots and appeared in HBO Max’s 20th anniversary “Return to Hogwarts” reunion special along with Radcliffe and other stars like Emma Watson and Rupert Grint.

“The legacy of the movies is that my children’s generation will show them to their children,” Coltrane said in the special. “So you could be watching it in 50 years time, easy. I’ll not be here, sadly, but Hagrid will, yes.”

Emma Watson, who starred as Hermione Granger in the franchise, wrote on her Instagram Story (via EW), “Robbie was like the most fun uncle I’ve ever had, but most of all, he was deeply caring and compassionate towards me as a child and an adult. His talent was so immense that it made sense he played a giant — he could fill ANY space with his brilliance.”

“Robbie, if I ever get to be so kind as you were to me on a film set I promise I’ll do it in your name and memory,” Watson continued. “Know how much I adore and admire you. I’ll really miss your sweetness, your nicknames, your warmth, your laughs, and your hugs. You made us a family. Know you were that to us.”

Bonnie Wright, who played Ginny Weasley in the “Harry Potter” films, wrote “Heartbroken by the passing of Robbie Coltrane. Hagrid was my favorite character! Robbie portrayed Hagrid’s warmth, sense of home and unconditional love for his students and magical creatures so brilliantly. Thank you for the laughter. Miss you Robbie. Sending love to your family.”

Controversial “Harry Potter” author J.K. Rowling separately honored Coltrane with a post on Twitter, writing, “I’ll never know anyone remotely like Robbie again. He was an incredible talent, a complete one off, and I was beyond fortunate to know him, work with him and laugh my head off with him. I send my love and deepest condolences to his family, above all his children.”

Better Bedder Net Worth 2022 – What Happened After Shark Tank?

Ruben Randall - December 12, 2021 0
Actress
The 10-episode series is set in a ruined and toxic future where a community exists in a giant silo underground, hundreds of stories deep....

Seo In Guk to make an appearance in Han So Hee,...

Daniel Radcliffe Sometimes Showed Up to Set Still Drunk From the...