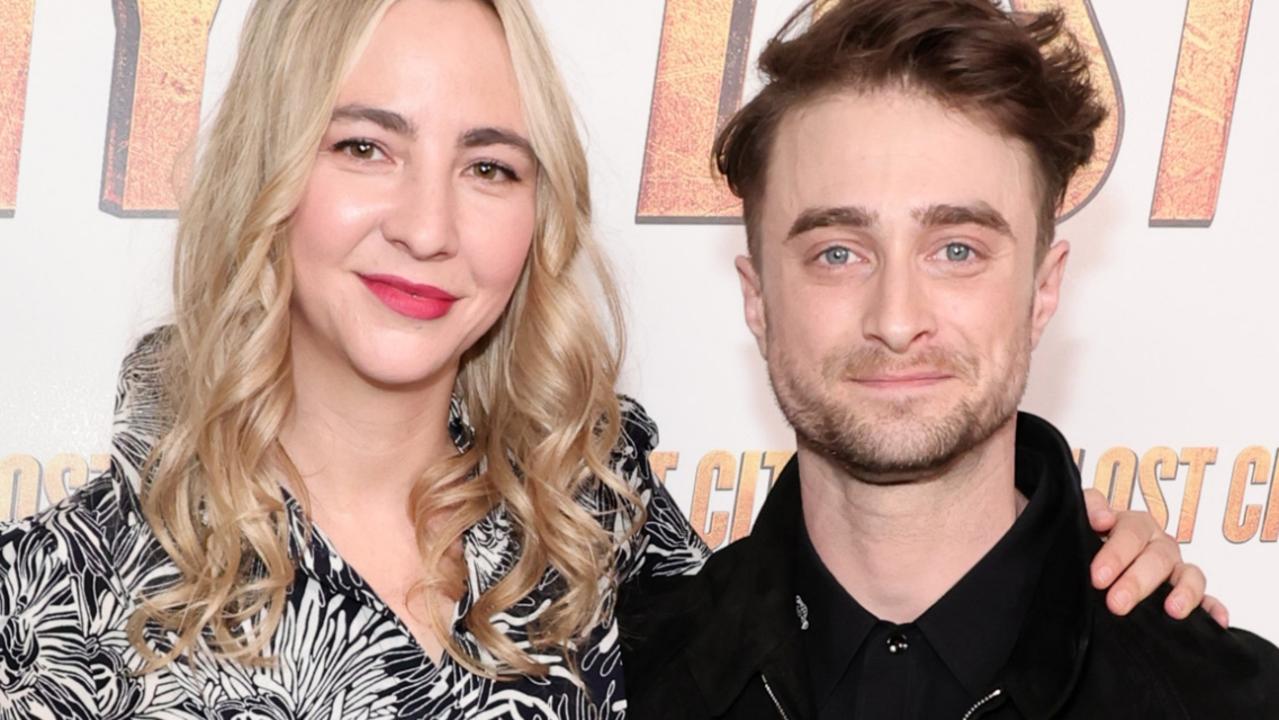 Harry Potter star Daniel Radcliffe has made a rare red carpet appearance with his long-term actress girlfriend, whom he was last seen with nearly a decade ago.

Daniel Radcliffe has made his first red carpet appearance with his girlfriend, Erin Darke, in nearly eight years.

The notoriously private couple, who started dating in 2012, looked loved-up at the premiere of The Lost City in New York last night, NY Post reports.

Radcliffe, who stars in the adventure comedy alongside Sandra Bullock, Channing Tatum and Brad Pitt, wore a patterned navy button-down shirt with matching trousers and a casual black bomber jacket to the event.

Darke, for her part, stunned in a black and white floral dress with sheer black tights and green boots. She styled her blonde hair in loose curls and completed the look with red lipstick.

The pair last hit a red carpet together at the Tony Awards in June 2014.

“It’ll be a hell of a story to tell our kids one day because of what our characters do with each other,” he told People in April 2019.

“Our characters are meeting and flirting with each other, so there is this kind of sweet record of us just meeting for the first time and flirting.”

The Harry Potter star has also quipped that there was “no acting going on” while shooting the scene.

“Not from my end, anyway,” he told Playboy in October 2015, adding, “There’s a moment when she makes me laugh, and I’m laughing as me and not as my character. She was incredibly funny and smart. I knew I was in trouble.”

Prior to meeting Darke, who has also appeared in The Marvelous Mrs. Maisel and Good Girls Revolt, Radcliffe had an on-set crush on his Harry Potter co-star Helena Bonham Carter.

During the recent HBO reunion special, Harry Potter 20th Anniversary: Return to Hogwarts, which streams locally on Binge, the Brit read a letter he once gave Bonham Carter, who is 23 years his senior.

“Dear HBC. It was a pleasure being your co-star and coaster in the sense that I always ended up holding your coffee,” he began.

“I do love you,” he continued. “And I just wish I had been born 10 years earlier [so that] I might [have had] a chance. Lots of love and thanks for being cool.”