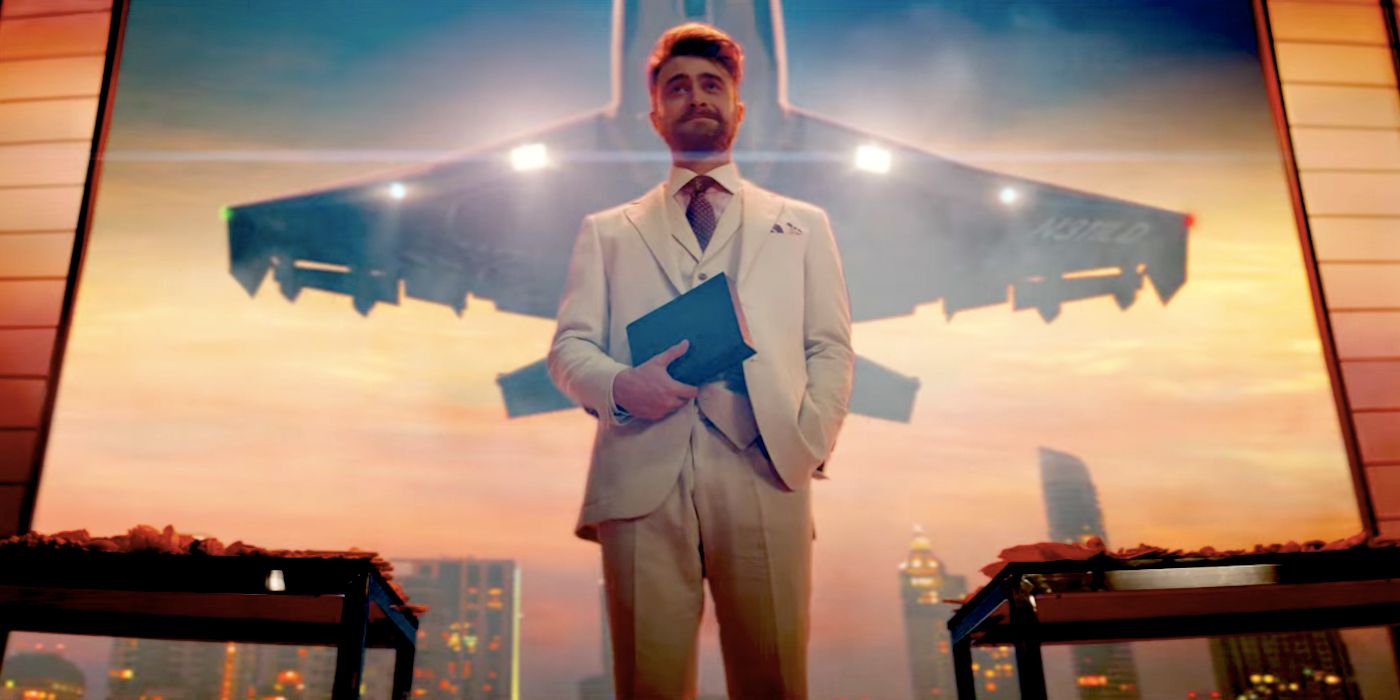 Daniel Radcliffe explains how he felt playing a billionaire villain opposite Sandra Bullock and Channing Tatum in the adventure comedy The Lost City.

Daniel Radcliffe says he relished playing a villain in the upcoming film The Lost City. Radcliffe is best known for playing the boy wizard Harry Potter, growing up along with the series’ fans as he played the character from 2001’s Harry Potter and the Sorcerer’s Stone through 2011’s Harry Potter and the Deathly Hallows – Part 2. His childhood and career were dominated by the family fantasy franchise, so his transition into more adult-oriented roles has been slow and steady, including a break to take the stage in Equus and How to Succeed in Business Without Really Trying.

Radcliffe’s latest movie is The Lost City starring Sandra Bullock as romance author Loretta Sage, whose latest work is an adventure story surrounding the Lost City of D. Daniel Radcliffe plays Fairfax, a villainous billionaire who is convinced that the city is real and kidnaps Sage to show him where it is. Her only hope for escape is Channing Tatum’s character Alan Caprison, the handsome but hapless cover model who portrays her lead character Dash on all her books. The film, which also stars Brad Pitt, Da’Vine Joy Randolph, Patti Harrison, Oscar Nuñez, and SNL’s Bowen Yang, comes to theaters on March 25, 2022.

NYT sat down with Radcliffe to discuss The Lost City and asked him what it was like to play a villain opposite Tatum and Bullock. The actor responded giddily, saying “it was a huge amount of fun.” He then laughed about what a “grueling” physical shoot the rest of the actors were having while his character mostly rested in his base camp. Radcliffe remarked that he “was having a very chill time and being like, ‘Hey guys, you all seem really tired.'” Check out the full quote below:

It was a huge amount of fun. It’s weird because they worked really, really hard on this film and did quite a grueling physical shoot, and I was having a very chill time and being like, “Hey guys, you all seem really tired.”

This villainous role fits in well with the sorts of roles that Radcliffe has been choosing to take recently. After the Harry Potter films, he has shied away from taking huge tentpole franchise movies, instead opting to take smaller and more interesting roles, like the farting corpse in Swiss Army Man, or a variety of characters in the celestial comedy Miracle Workers. This role is the culmination of a series of increasingly villainous roles he has played, beginning with playing Ig Parrish in 2013’s Horns, a man who grows horns overnight which force people to confess their deepest sins. He also played Dr. Frankenstein’s assistant Igor in Victor Frankenstein and the comic baddie Walter Mabry in Now You See Me 2.

Radcliffe’s role in The Lost City, which promises to be his most deliciously villainous, is a long time coming. This is one of the few original, non-franchise tentpole films of the year, so its success is not guaranteed in this era of depressed pandemic box office. However, if it performs well, it spells good news for Radcliffe’s potential to return to this type of role.

Next: The Most Anticipated Comedy Movies Of 2022

Turning Red: Why Mei’s Mom’s Red Panda Is So Much Bigger

Brennan (he/him) is a senior writer at Screen Rant and a millennial who knows more about 80’s slasher films than he has any right to. A former host of the Attack of the Queerwolf podcast, Brennan has been writing and podcasting about pop culture (especially horror films) for a decade.

Brennan’s interests also include the Muppets, bubblegum pop from around the world, and reading (especially Jane Austen, Agatha Christie, the manga of Junji Ito, and novels of magical realism). His favorite film directors are Wes Craven and Pedro Almodóvar.

Who is in ‘The Afterparty’? Cast Guide from Tiffany Haddish to Dave Franco