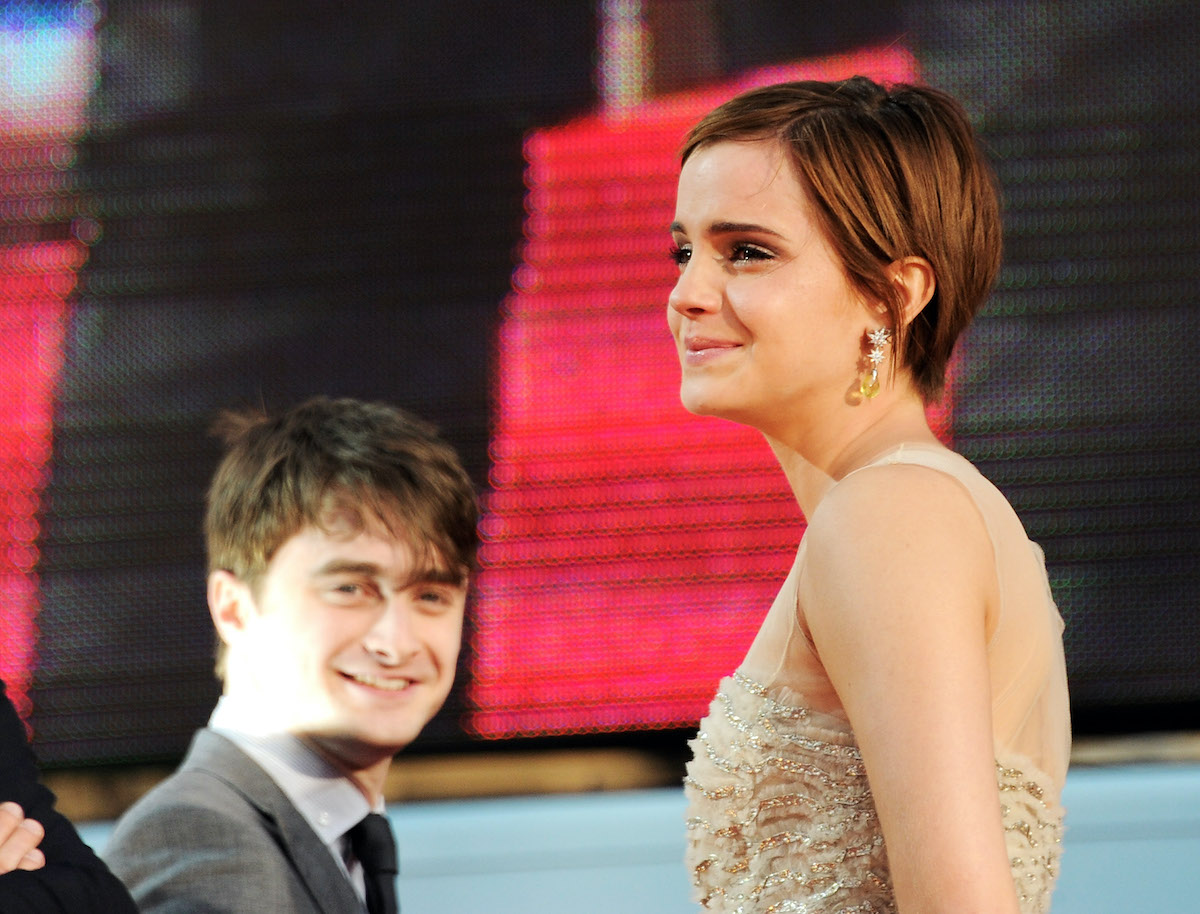 Daniel Radcliffe and Emma Watson have always had a sibling type of relationship. Since the pair spent a full decade filming and promoting the eight Harry Potter movies, they actually grew up together. Spending so much time together certainly deepened their bond. As teens, they would offer each other advice about how to text members of the opposite sex whom they fancied. And as adults, they offer each other emotional support about handling a career in the spotlight. Because the pair have such a brother-sister bond, it’s no surprise that when they had to share a romantic kiss, awkwardness ensued.

Why did Daniel Radcliffe and Emma Watson have to kiss?

Potterheads no doubt recall that Radcliffe and Watson had to share a kiss in Harry Potter and the Deathly Hallows — Part 1. The pair were tasked with playing Horcrux versions of their characters, Harry and Hermione, in order to taunt Ron. They insist that they were better off without Ron and that Hermione would never choose Ron as a romantic partner over The Chosen One. The taunting reaches its climax when the pair share a pretty intense kiss.

Cheney and Kinzinger deserve our support to save the soul of...