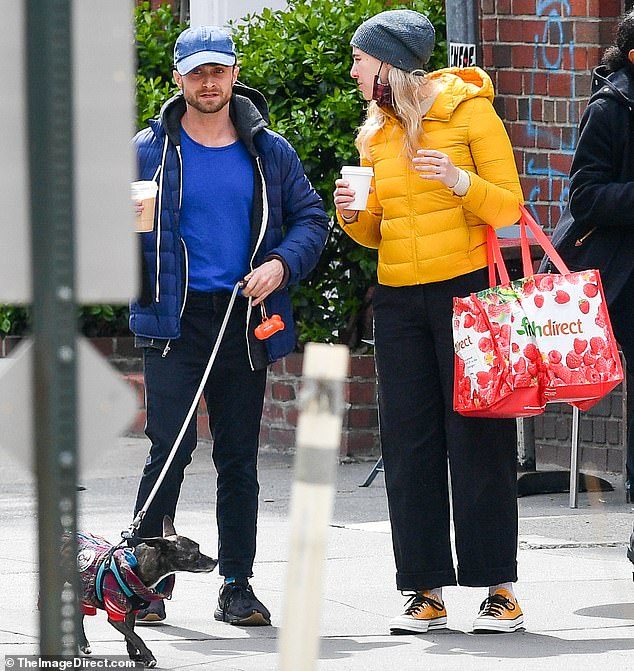 By Alesia Stanford For Dailymail.Com

Daniel Radcliffe seemed to be enjoying a relaxing end to a busy week as he walked his dog and shared coffee with his girlfriend Erin Darke on Saturday.

Like any responsible dog owner, the Swiss Army Man actor had a bright orange role of waste bags to clean up after his beloved pooch.

Taking it easy: Daniel Radcliffe seemed to be enjoying a relaxing end to a busy week as he walked his dog and shared coffee with his girlfriend Erin Darke in New York

The Good Girls Revolt actress completed her outfit with yellow sneakers with black ties and white soles, and carried a floral shopping bag over her arm.

The couple met while working together on Kill Your Darlings and have been together for more than a decade, but rarely step out together in professional settings. 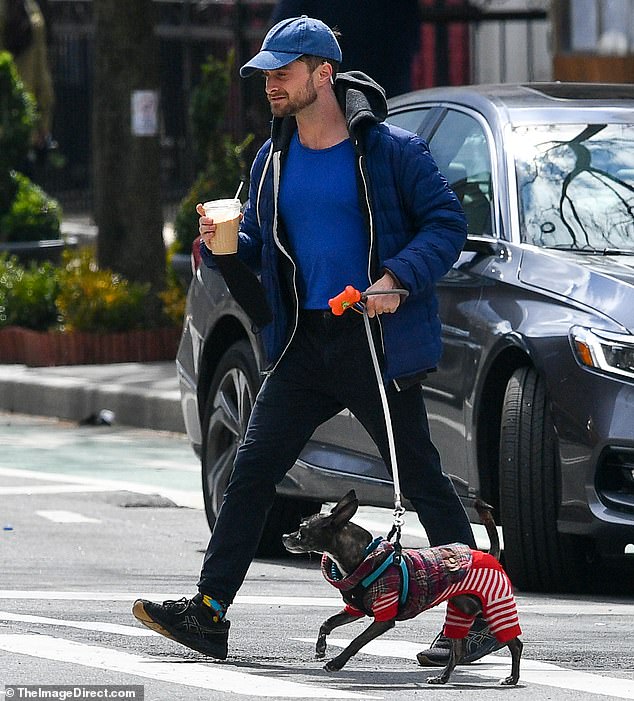 Walking the dog: The Harry Potter star dressed for the cool New York temperatures, wearing a coordinated blue ball cap, puffy blue jacket, black joggers and sneakers. Like any good dog owner, the actor carried a bright orange role of waste bags to clean up after his beloved pooch

The recent exception was when the two attended a special New York screening of Daniel’s latest film, The Lost City.

The 32-year-old actor has been busy promoting the movie in the US and just returned from his native England where he made TV appearances and attended a special screening in London to promote the romantic comedy.

The versatile performer plays a bad guy in the action flick, alongside Sandra Bullock and Channing Tatum who take on the roles of bumbling heroes. 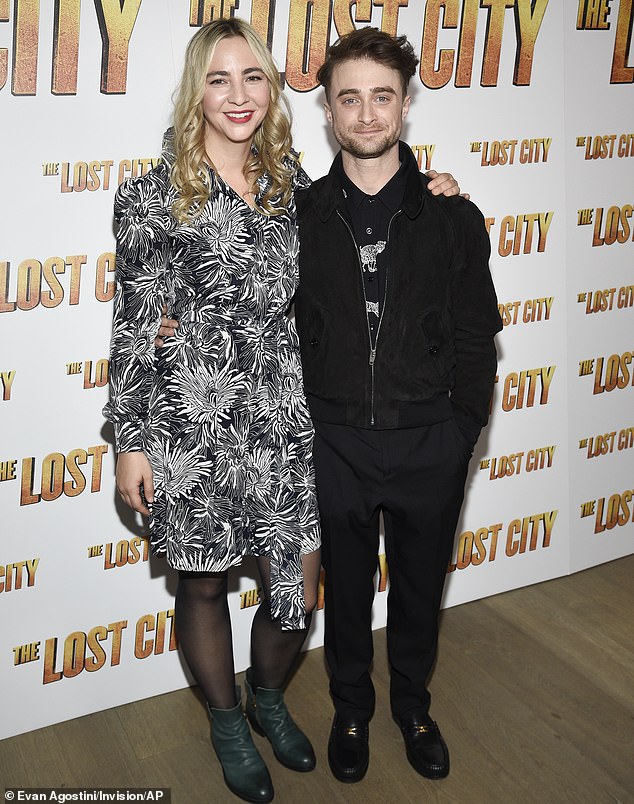 Private lives: Daniel (32) and Erin Darke (37) have been together for more than 10 years. The couple rarely step out together in professional settings, but the recent exception was a special screening of The Lost City in which the versatile actor plays a bad guy opposite Sandra Bullock and Channing Tatum

Daniel has described the project as ‘hugely fun,’ and said while he doesn’t consider himself to be in Sandra’s ‘category’ of fame, he was thrilled when the Oscar winner asked for his autograph… for her sister, who is a huge Potter fan.

The actor modestly explained, ‘It’s weird, my mind is blown by the idea that would impress anyone.’

The Lost City opened at number one in the US kicking The Batman down a notch after three weeks at the top of the box office.  The adventure flick is scheduled to hit theaters in the UK April 15.

How ‘True Lies’ Pays Homage to Its Film Inspiration & More...