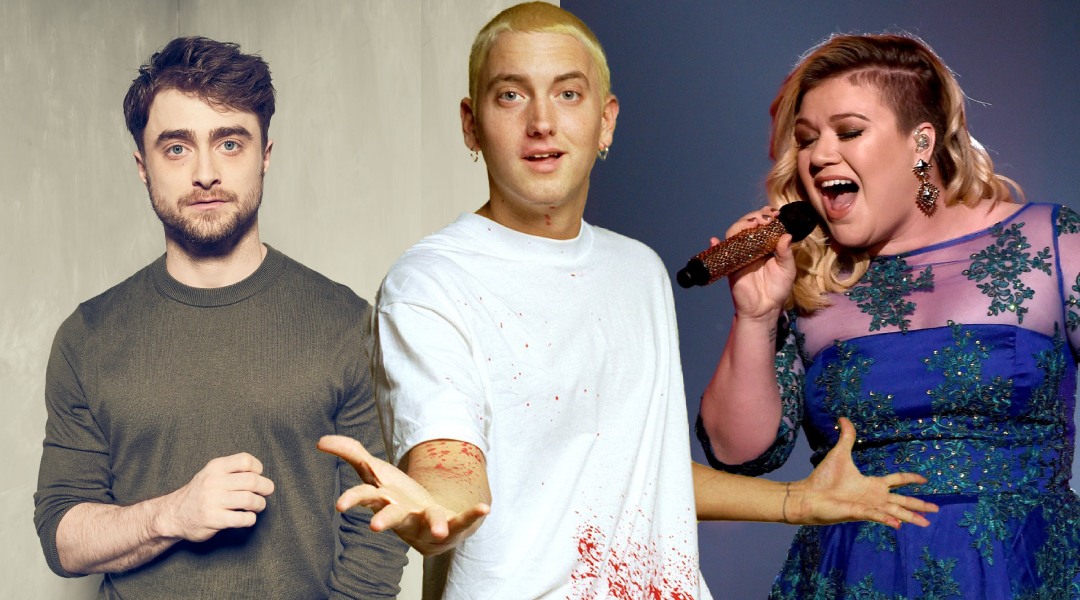 Daniel Radcliffe, a British actor who played the leading role in the Harry Potter franchise, is also known for his rapping skills, which he keeps sharp at karaoke.

It is not a secret, so Kelly Clarkson posed that not as a question but rather as an icebreaker on the recent episode of her talk show. Apparently, she also is always ready to have a go at some Marshall’s classic at karaoke:

Daniel Radcliffe: I do.

Kelly Clarkson: I do too! I feel like people expect me to sing, so I rap. And I love Eminem.

Daniel Radcliffe: I also feel like if you came of age at a certain time… We were a bunch of the whitest middle-class kids in being like, “I need to internalise all the lyrics to ‘Real Slim Shady’!!!”. I am always amazed at how well I know some songs when I go to do the karaoke.

The Harry Potter actor has not only a go-to Eminem song, “Real Slim Shady”, but also his personal hype girl for his karaoke performances. His girlfriend of 10 years, Erin, is a perfect partner for rapping this track. Radcliff says:

In “Real Slim Shady”, there is a very long chorus, a lot of times, you have to say “, Will the real Slim Shady please stand up”. She does a lot of that. She’s very good at it.

Of course, Daniel is always slightly sarcastic when talking about how much white people like Eminem, but his appreciation goes deeper than some teenage phase. In one of the interviews, he discussed Em’s lyrical abilities:

The thing that excites me about music 99% of the time is lyrics. And Eminem particularly… I just find him amazing. When you analyse some of the lines and the lyrics… Sometimes he will fit two references of other stuff and amazing rhyming, and a pun. He’ll do it in three lines, but it takes you sometimes so long [to get it]. I can listen to him again and again and again, and I’m still hearing new things. Also, Eminem is one of the only people who can make me laugh by putting jokes there, funny or rude, or whatever it is. I just think there is a level of skill I can’t even relate to.

Olivia Cooke on Her Favorite Deleted Scene from #HouseoftheDragon S1 “In...