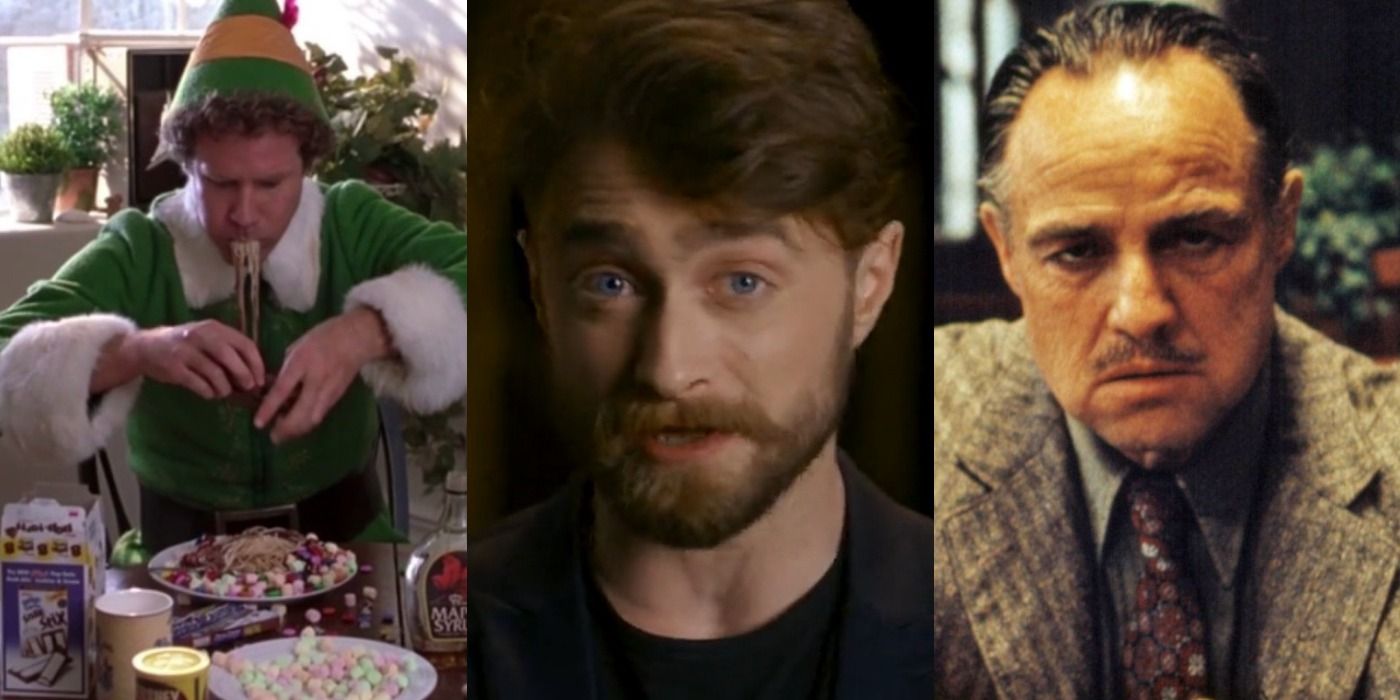 Daniel Radcliffe’s take on the titular Harry Potter made for one of the most iconic movie characters of all time. That’s in part thanks to Radcliffe’s portrayal, but to the dismay of millions of devoted fans, in an interview with the New York Times, he shot down the idea of returning to the role.

RELATED: The 10 Worst Movie Sequel Titles Ever, According To Reddit

Radcliffe isn’t exactly the first actor who has ever done that, as there are times when actors who won Oscars for their roles refused to return, and some of the sequels even went ahead without them. Whether it was due to negotiations falling through, schedule conflicts, or being critical of the script and wanting to protect the characters, these actors kept the legacy of their iconic roles from being tarnished.

Terminator 3: Rise of the Machines might feature the T-800 himself, Arnold Schwarzenegger, but the other imperative character that makes the Terminator franchise whole is absent. But before the final draft of the movie was greenlit, the original treatment for Terminator 3 once again saw Linda Hamilton as Sarah Connor. The actor rejected it because she was “unimpressed” with how Sarah was portrayed and that she thought the character’s story arc ended perfectly with Terminator 2: Judgement Day.

Rises of the Machines leans heavily on nostalgia and has a huge change of tone with a surprising amount of comedy, not to mention it was much tamer with a PG-13 rating. So it isn’t that much of a shock that Hamilton didn’t want to reprise the character she helped turn into one of the most iconic female action heroes ever.

Matt Hooper (Richard Dreyfuss) is overlooked when it comes to the crew who worked together to kill Bruce in Jaws. Chief Brody is the token leader that fans can get behind and Quint is the beloved, traumatized wild card, and the character has one of the greatest movie monologues ever.

But Hooper is a young oceanographer with so much energy, and he’s low-key one of the most entertaining characters. The oceanographer would have made Jaws 2 so much better if he returned, and it was planned that the character would come back. But Dreyfuss had other plans, and the reason why he refused to reprise the role was simply that Steven Spielberg wasn’t returning as director.

While there are actors who care about the characters they made popular and don’t want to return to a role out of fear of running it, most actors simply don’t return to a role for one of two reasons. The first is because of schedule conflicts, and the second is because of negotiations falling through. Unfortunately for the quality of The Godfather Part III, it was the latter reason why Rubert Duvall didn’t return as Michael Corleone’s (Al Pacino) consigliere and step-brother, Tom Hagen.

While The Godfather Part III isn’t as bad as fans think, Tom’s absence is the most glaring omission of the movie, and, according to the Los Angeles Times, it’s because Duvall thought the producers were “cheap.” The actor was offered only one-fifth of Pacino’s salary, and Duvall was offended, to say the least.

Ever since 2008, it has been widely speculated as to why Katie Holmes didn’t reprise her Batman Begins role of Rachel Dawes for the sequel. Some have debated that it was because director Christopher Nolan didn’t actually want her back, but the truth is that, according to Business Insider, the filmmaker was very unhappy that she didn’t return.

RELATED: The Dark Knight Trilogy – 10 Ways Each Batman Movie Was The Best

The reason for her absence isn’t anything that would make headlines and there’s no bad blood, which is what most viewers jump to, but it was simply down to scheduling conflicts. Holmes chose to star in the crime caper Mad Money over The Dark Knight, which was ironically a huge flop at the box office.

Elf is one of the most beloved Christmas films of all time, and it’s adored by audiences of all ages. Toddlers and frat boys alike would love to see a sequel. Well, according to The Hollywood Reporter, an Elf sequel was written, and the actor was offered a jaw-dropping $29 million to make the movie.

The original The Silence of the Lambs isn’t just a great movie, but it’s one of the few to reach legendary status. The film is one of only three movies to have ever won all five major Academy Awards, including Jodie Foster winning Best Actress for her amazing performance as Clarice Starling. So the sequel was always going to be disappointing when she didn’t return.

According to The Guardian, Foster turned down the offer to return because she wasn’t happy with the screenplay. However, Hannibal is only bad compared to its predecessor, and Foster’s replacement, Julianne Moore, does a fine job as Clarice and makes the role her own.

Bruce Almighty is one of the highest-grossing comedies of all time, so it’s no surprise that the studio was desperate to get momentum for a sequel going. But according to JoBlo, Carrey had no interest in returning to the role, and the actor has often said that he doesn’t like portraying the same character twice. However, the comedy actor has played Ace Ventura twice, and Sonic the Hedgehog 2 will see him play Dr. Robotnik for the second time too.

After Carrey refused to return, the sequel was remolded into the spin-off Evan Almighty. But, ironically, Evan Almighty had the exact opposite result worldwide, being a huge box office bomb.

There are countless iconic Keanu Reeves characters, especially from the 1990s, and while Jack Traven might not be the first one that springs to mind, the Speed character is one of the roles that helped build Reeves’ brand.

Interestingly, while Reeves hasn’t held back from reprising his older roles in the past few years, such as Neo in The Matrix Resurrections and Ted in Bill & Ted Face the Music, the Speed character is one he kept at arm’s length. The John Wick actor turned down $12 million for Speed 2 because he couldn’t get on board with that cruise-based script. It worked out for the best, as, according to Movieweb, Sandra Bullock called the sequel her biggest regret.

One movie before Duvall refused to return to The Godfather Part III, Marlon Brando (Vito Corleone) refused to return for The Godfather Part II. It might be hard to understand how Vito would fit into the sequel, as the character died in the first movie and the prequel sequences set in the 1910s see Robert De Niro as a much younger version of the character.

However, the final scene in Part II is a flashback to just before The Godfather when Michael tells his family he’s joining the army. Audiences hear Vito walk through the door in the background moments before the film cuts to black. Showing the moment when Michael tells his family he wants to fight for his country and become a war hero is a perfect way to end a movie about a man gradually becoming evil, but a Brando cameo would have been the cherry on top. Brando refused to appear because he believed Paramount treated him badly during the production of the first movie.

There’s so much lore that has been added to the Wizarding World since the main Harry Potter movie series came to an end with Harry Potter and the Deathly Hallows: Part II in 2011. Between the West End stage play The Cursed Child and the ongoing Fantastic Beasts series, there are tons of ways Daniel Radcliffe could return to the character that he helped make iconic.

Unfortunately, it doesn’t seem like that’s going to happen any time soon. The actor revealed that he has no interest in reprising the wizard, or at least not now. In that New York Times interview, the actor interestingly compared his role to the iconic Star Wars characters. Radcliffe explained, “I’m never going to say never, but the Star Wars guys had like 30, 40 years before they went back.”

NEXT: Harry Potter – 10 Times Everyone Should Have Just Listened To Harry

‘She paved the way for Trump’: will Sarah Palin stay in the Republican spotlight?...

Ruben Randall - September 24, 2022 0
TV/Movies
TEEN Mom star Kailyn Lowry has revealed her shocking rules in her relationships - including having "no friends." The former MTV star took to her...

Actor Seo In Guk Sends The Internet Into Meltdown With His...