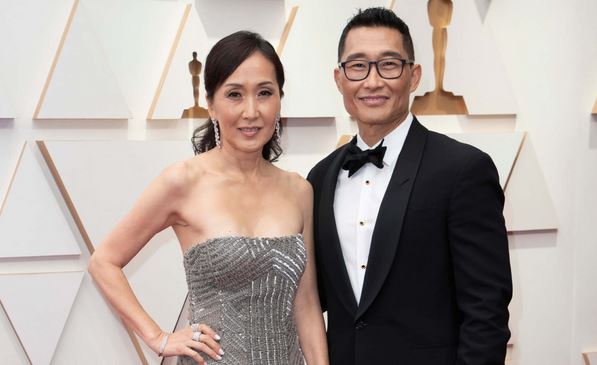 It’s the moment everyone is talking about. Will Smith goes up on stage after Chris Rock makes a crack about his wife, Jada Pinkett Smith.

Smith proceeds to slap Rock right across the face.

Many thought it was part of a sketch.

It was not. The slap was real. So was the tension.

Daniel Dae Kim summarized the confusion after the ceremony to ABC7.

“There were so many highlights,” the chuckling Kim responded after being asked for his favorite moment at the Oscars. “What everyone is buzzing about is Chris Rock and Will Smith. I thought that was a stunning moment. It was something I’ll remember for a while. I’ve never seen anything like that on television before,” saying he at first thought it was a joke. “But that’s live TV I guess.”

If you missed it, Rock made a joke about Pinkett-Smith’s hair loss, saying “Jada, I love you. GI Jane II, I can’t wait to see it.

Pinkett-Smith’s shaved head is the result of a medical condition, known as Alopecia. The joke hit too close to home for her husband.

Rock served as host of the Oscars in 2016 and his skit three young Asian children played the role of accountants, a take on the stereotype that Asians are all good at math. That coupled with a bit by Sasha Baren Cohen that year about Asians and small penises, outraged the community.

“We’d like to know how such tasteless and offensive skits could have happened and what process you have in place to preclude such unconscious or outright bias and racism toward any group in future Oscar telecasts,” 25 notable Asian American members of the Academy wrote in a letter. Among those signing were George Takei, Oscar-winning director Ang Lee, Arthur Dong, Nancy Kwan, and Sandra Oh.

AsAmNews has Asian America in its heart. We’re an all-volunteer effort of dedicated staff and interns. Check out our new Instagram account. Go to our Twitter feed and Facebook page for more content. Please consider interning, joining our staff, or submitting a story, or making a contribution.