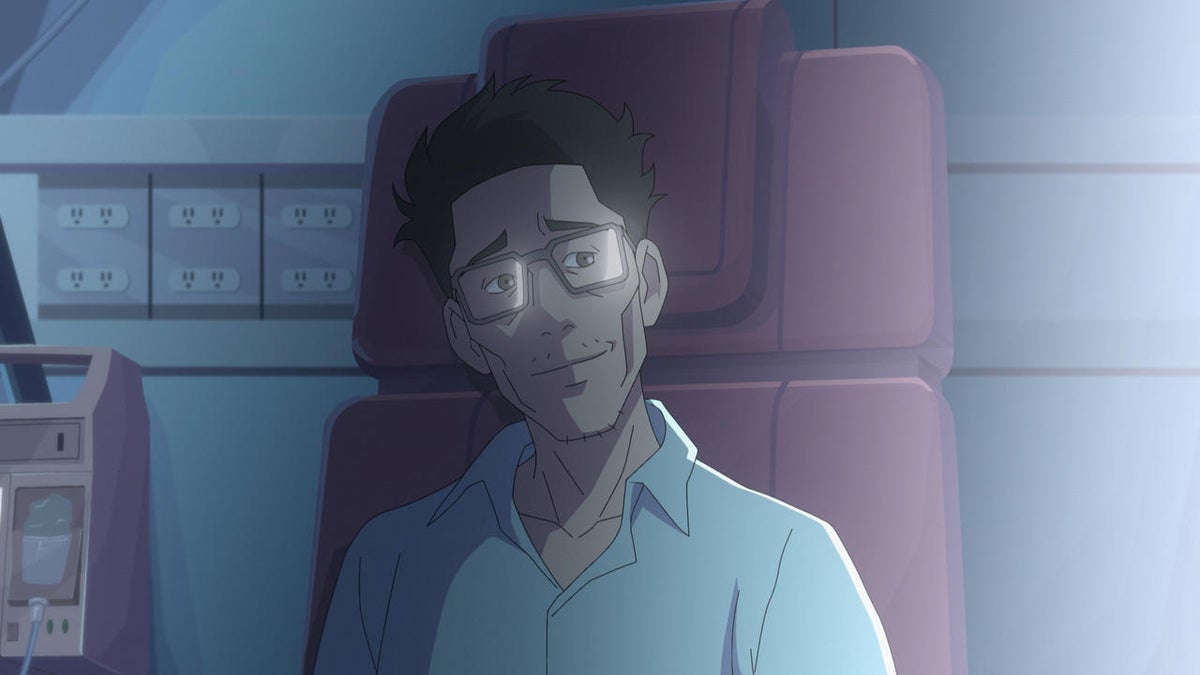 AMC+ is taking viewers on a chilling journey to the future this weekend, with the arrival of acclaimed new animated series Pantheon. The series follows a young woman who starts receiving messages from her recently deceased father, only to learn that he had his consciousness uploaded into a server during a brain scan. Pantheon aims to explore the dangers of not just our reliance on technology, but also our obsession with the future.

Daniel Dae Kim, known for his roles in Lost and Hawaii Five-0, takes on the role of David in Pantheon, the father trapped in the cloud. Ahead of the show’s premiere, he sat down with ComicBook.com to talk about Pantheon, beginning with what drew him to the role.

“I responded to the character because I’m a dad myself, and I know what it’s like to try and be a good parent to a kid who’s going through difficult things in school,” Kim explained. “I’m also really interested in advancing technology and its social and ethical ramifications. I think technology can be both a blessing and a curse.”

Daniel Dae Kim is no stranger to animated projects, but adult animated titles like Pantheon aren’t the type of shows he has gravitated toward in the past.

“I feel fortunate that I’m able to participate in such a wide range of subject matter, themes and projects that appeal to different demographics,” the actor said. “This area of adult animation is relatively new to me and what’s interesting about it is there’s nothing different in the way I approach preparing for this role as I do for any live action characters. It’s a sturdy structure and story.”

Kim also loved the way Pantheon deals with not just the future itself, but our attitude towards it. We’ve always been interested in the future of our world can look like, and the reality is often scarier than the dreams we create.

“I think we’ve been obsessed with our future ever since we’ve started telling stories,” Kim told us. “If you think about a show like Westworld, which was based on a movie that was 50 years ago, you can see that these are themes that are important to us as a culture. We want to know what happens to us and how we move forward and how we survive. It’s no surprise to me that this show deals with those themes. It won’t be the last show that deals with these themes, either.”

The first episode of Pantheon is now available to stream on AMC+.

For Elvis Mitchell, Critic Turned Filmmaker, a Chance to Show and Tell

The 10 Best Twitter Reactions To Henry Cavill Not Coming To...

Ruben Randall - July 25, 2022 0
TV/Movies
A recent rumor declared Henry Cavill would make a surprise appearance at the 2022 San Diego Comic-Con to discuss Superman's future in the...